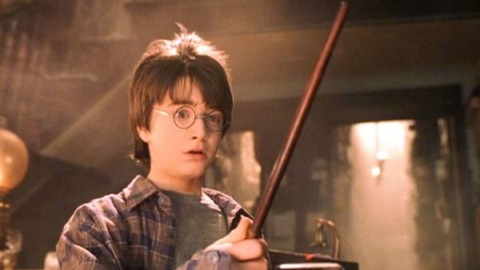 Universal’s Hogsmeade Village and Diagon Alley are both brimming with unique experiences and endless intricate details that allow guests to delve into the magic and wonder of the Wizarding World of Harry Potter. From the enchanted displays in each of Diagon Alley’s shop windows to Moaning Myrtle’s eerie voice in the Hogsmeade toilets, around every corner comes a new surprise that will make you feel as though you’ve apparated right into a Harry Potter film.

Since it’s heavily rumored that Universal’s Epic Universe is set to expand on the already incredibly popular Wizarding World by adapting the Fantastic Beasts franchise for the parks, this got us thinking about which elements from the original Potter films could be brought to Diagon Alley and Hogsmeade as they currently stand right now, that would offer some new interactive opportunities to guests during their visit.

The on-screen Wizarding World is home to a number of bizarre and beautiful magical creatures that could certainly make for a memorable meet-and-greet within either of the two lands. Similarly to how Universal introduced their baby raptor and triceratops meets, guests could get up close with a baby Hippogriff, or even a baby Dragon and learn a thing or two about the creature’s lore, just like the Hogwarts students would do in their Care of Magical Creatures class. Taking it a step further, if Universal wanted to go all-out they could even introduce a Raptor Encounter style greet and allow guests to interact with a full-size hippogriff.

Guests visiting the Wizarding World already have the opportunity to meet Stan Shunpike the Knight Bus conductor outside of Diagon Alley, however, offering the chance to meet some of Hogwarts School’s most beloved alumni would certainly be a treat. Aside from, of course, the film’s golden trio, Harry, Ron, and Hermione, characters such as Gilderoy Lockhart or Luna Lovegood would make great additions with their charming charisma and instantly recognizable costuming. Guests could be in for some hilarious discussions with these unique characters as they wander around Diagon Alley or Hogsmeade going about their day-to-day errands.

Similarly to how Disney did their Jedi Training Academy over in Hollywood Studios, wizards and witches both young and old would likely leap at the opportunity to learn the proper spell-casting form from a Hogwarts professor themselves. Much like Harry and Draco’s duel in Chamber of Secrets, the training could operate in a similar format with new wizards going head to head, with the show culminating in the group working as a team to take down a death eater - complete with a handful of special effects to truly give the illusion of a real magical face-off. A more in-depth spell experience would pair perfectly with the various elements that are already available around both Diagon Alley and Hogsmeade for guests with interactive wands.

One of the key elements of the Wizarding World, the Hogwarts Sorting Hat Ceremony was actually previously available to guests who visited Universal Orlando’s Annual Celebration of Harry Potter event but has, unfortunately, never been bumped up to a full-time offering. The sorting hat ceremony would allow guests to follow in the footsteps of a first-year Hogwarts student and find out whether they belong in Gryffindor, Hufflepuff, Slytherin, or Ravenclaw house. What better way to kick off your magical day or round out your Wizarding World experience!

What would you like to see Universal bring to Diagon Alley or Hogsmeade?