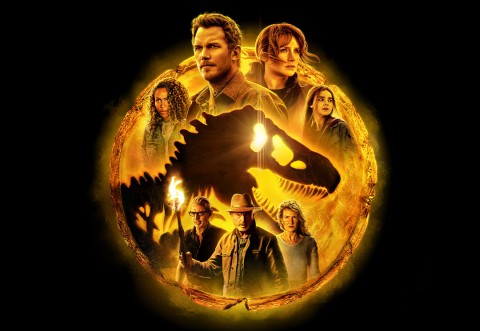 Jurassic World: Dominion (2022) is now out in the world, not unlike the dinosaurs that are roaming North America and beyond in the latest blockbuster sequel in the hugely popular Jurassic Park franchise. The sixth entry in the series has already made a huge dent at the box office, and is set to be the biggest film of 2022.

The Jurassic Park brand has always been considered iconic, and even up until Universal Pictures brought the franchise back from extinction in 2015 with Jurassic World (2015), it was highly lucrative. But post-2015, it has enjoyed even greater success, and not just in movie theaters, but in the theme parks too.

Of course, we aren't talking about the actual Jurassic Park, or Jurassic World, for that matter, but we are referring to their real-world counterparts in the Universal Studios theme park resorts. Whether it's Universal Studios Orlando or Hollywood, you'll find something Jurassic to sink your teeth into.

Between both resorts and beyond, you'll find the likes of Jurassic World Velocicoaster, Jurassic Park River Adventure, and Jurassic World - The Ride, all of which offer guests the opportunity to get as close to the fictional world created in the popular movies as possible.

But how might the latest entry in the franchise influence these attractions and their respective themed lands? Jurassic World: Dominion is touted as the final film in the series, described as "the epic culmination to the entire franchise" and "the end to the Jurassic era". But that doesn't mean that Universal intends to call it a day.

Just as Universal Studios did with implementing the Jurassic World brand at the theme park resorts, integrating Jurassic World: Dominion wouldn't be entirely out of the question. The question is, what elements of the film specifically could be adapted into a theme park setting?

Well, in true Jurassic fashion, there's actually plenty in the latest film that could be brought to life here in the real world, and one wouldn't need prehistoric DNA or the world's leading geneticists to achieve it. So let's take a look at some of the most memorable and theme park-worthy moments from the latest box office beast...

As per the official Universal Pictures and Amblin Entertainment website, here’s the synopsis for Jurassic World: Dominion:

Dominion takes place four years after Isla Nublar has been destroyed. Dinosaurs now live -- and hunt -- alongside humans all over the world. This fragile balance will reshape the future and determine, once and for all, whether human beings are to remain the apex predators on a planet they now share with history’s most fearsome creatures.

So, as you might expect, there are plenty of unique locations throughout the movie, as well as some thrilling sequences. But let's take a walk-through of the film and call out some notable moments. And don't worry, we won't get into too many spoilers - just think of it as a walk in the park (a dinosaur-inhabited one, of course).

First of all, Jurassic World: Dominion finds dinosaurs thriving in the North American wilderness, while some have also ventured into urban areas. Re-creating these aesthetics at Universal Studios could be an interesting approach, because who wouldn't want the opportunity to wrangle a parasaurolphus in the snowy mountains?

There are many other sequences in the film too. Whether it's seeing moros intrepidus drinking from a pond at a local park, mosasaurus attacking a fishing boat out at sea, stegosaurus causing traffic problems on highways, or tyrannosaurus rex rampaging through an outdoor cinema, there's a lot of potential here.

Speaking of the Sierra Nevada mountains, which is where most of the dinosaurs escaped to in Jurassic World: Fallen Kingdom, this is also home to Claire Dearing (Bryce Dallas Howard), Owen Grady (Chris Pratt) and Maisie Lockwood (Isabella Sermon), as well as Blue the velociraptor and her offspring "Beta".

This snowy setting exudes so much warmth in the film, and would fit quite nicely into the Jurassic Park-themed area at Universal Studios Orlando. Sure, you might not think of snow when it comes to the Jurassic movies, but seeing as this area is just a stone's throw from the Harry Potter-themed area, it wouldn't look too out of place.