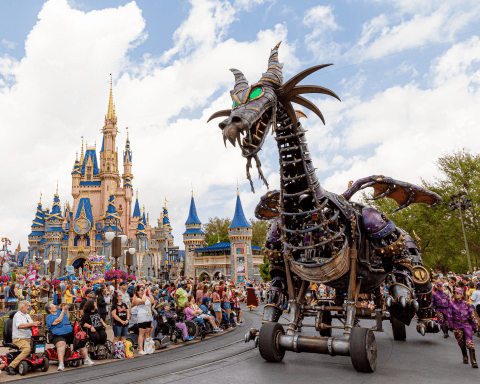 Of all the changes we have seen at Disney parks over the past few years, few have stirred more controversy than Parks Pass Reservations… and all current signs indicate they’re here to stay.

For those unfamiliar, the Parks Pass Reservation system was a change Disney introduced following the long closures of the 2020 pandemic. In order to control park capacity levels, Disney began requiring reservations to visit any of their parks. Reservations are available in a limited capacity for three “pools” of visitors: Disney resort guests, annual Passholders, and everyone else.

Parks Pass Reservations definitely played an important role helping Disney get their parks reopened, but the system has lingered well beyond the lifting of other pandemic measures. In fact, all recent statements from Disney leadership have implied the system is here for the long term.

Required reservations mark one of the biggest changes to the Disney experience in the company’s history, and the system has certainly earned its fair share of criticism. If we’re stuck with park reservations for the foreseeable future, it’s worth asking an important question…

I want to clarify that I am coming from the angle of someone who misses much about pre-pandemic Disney parks, such as being able to visit off-the-cuff as a Passholder. Like many readers, I’m not a fan of Genie+ and many of Disney’s sweeping cost-cutting measures. At the same time, I wanted to fairly weigh if there might be benefits gained from the reservation system while it remains in place.

What are the actual pros and cons of Disney requiring Parks Pass Reservations?

1. Upside – Crowds can’t get out of control so easily

If there is one positive to be gleaned from Disney’s Parks Pass Reservation system, it’s the effect it has had on crowd management at Walt Disney World.

The original purpose for Parks Pass Reservations was to limit capacity to reasonable levels as part of Disney’s pandemic safety measures. While most of those restrictions have been lifted, attendance limits have remained in place. While these limits are nowhere near as low as they were during the pandemic, the choice to cap park attendance has had a positive effect in preventing extreme surge days.

Prior to park reservations, guests were taking something of a risk if they visited during a busy season like Spring Break or around major holidays. On 4th of July and New Year's Day in particular, Disney regularly was forced to cap entry to Magic Kingdom due to staggering demand.

By limiting capacity even in a small measure, Disney has taken a step towards preventing extreme surge days and limiting the sting of ultra-busy seasons. This is admittedly a positive, especially for those who have had no choice but to visit during these tumultuous times of year.

While limited park capacity can certainly have positive effects, that doesn’t necessarily mean Disney is capping attendance at a cozy number. More and more, guests are noticing that when the parks reach reservation capacity, they definitely feel busy.

This makes sense from a business standpoint, as Disney’s primary goal has been to reestablish revenue streams lost during the pandemic. It remains in their best interest to squeeze as many people into the parks as their resources will allow. This means that there are certainly days Disney parks feel busy, even with the reservation system in place. This tends to be most noticeable at both Magic Kingdom and Disney’s Hollywood Studios.

Unfortunately, as long as demand remains high, it seems likely that Disney will continue to push the limits on where they can cap attendance, bringing in the most revenue while teetering on the knife’s edge of managing guest comfort with some attendance limits.

3. Upside – Disney can allocate resources better throughout the parks

I know… not the most exciting subject, at least not for guests.

The benefits for Disney are significant, however.

If Disney knows how many guests are visiting a particular park on a particular day, they can plan for staffing, supplies, and other budgetary factors with a precision that just wasn’t possible in the pre-pandemic free-for-all. Staffing shortages have proven one of the biggest hurdles Disney has struggled to overcome and limiting park capacity has allowed them to balance cast-to-guest ratios much more easily than before.

CEO Bob Chapek and Disney leadership have made much to do about this particular benefit, trying to sell it as a game-changer for the future of Disney parks. The theory is that if Disney can fine tune their budgets using Parks Pass Reservations, they can manage their revenue streams more effectively without having to raise ticket prices, ultimately meaning savings for guests. While this is great news for Disney as a company, we have to admit we’re skeptical of one thing…