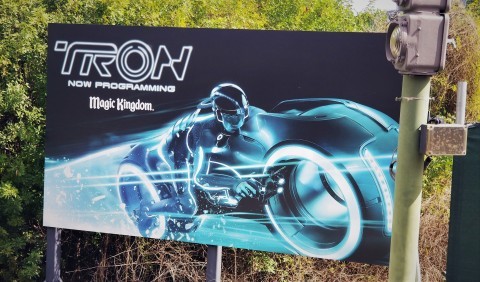 Well, the start of the Most Magical Celebration has come and gone and while construction on the new Magic Kingdom coaster continues, we have recently received some exciting updates.

Back in March, Disney gave the first update in a long time when they announced that the next phase of testing for the ride was going to begin soon. This “push-pull” testing involves slowly moving the ride vehicles on the tracks. This is in no way the same as actively running the trains with people as they would during normal operation. However, just recently Disney Parks showed a video of their first successful full-speed launch! This is a giant step toward welcoming riders onto this anticipated coaster.

Another coaster was also announced at D23 back in 2017 and it already has an opening date and has even welcomed riders. We are of course talking about Guardians of the Galaxy: Cosmic Rewind at EPCOT. We as guests are unsure why one of these coasters is taking so much longer to be completed. Especially considering that TRON Lightcycle / Run is at least a partial duplicate of the coaster at Shanghai Disneyland.

Perhaps during the unprecedented times of the pandemic, Disney had to choose between the two coasters when it came to construction crew and costs. The real reason is simply unknown to us, the public. But, both coasters are unique and complex and manufactured by the same popular roller coaster manufacturer, Vekoma (which also manufactured Expedition Everest and Seven Dwarfs Mine Train). As we approach the official opening of Guardians of the Galaxy: Cosmic Rewind, it only has us more excited for what is to come with TRON Lightcycle / Run.

During a visit to Magic Kingdom over the last week in April 2022, I captured these photos of the progress of TRON Lightcycle / Run. The coaster and its building look incredible. However, they seem to have a lot of work to do on landscaping or pathways leading up to the building. For reference, we saw the NovaCorps ship go up at EPCOT back in January, possibly indicating that they were working on the exterior landscaping and theming at that time for Guardians of the Galaxy: Cosmic Rewind. If we compare the two, knowing that they have not begun working on exterior theming and landscaping yet could lean toward the theory that this coaster still has a bit of a way to go before opening.

Of course, all of this is speculation until we receive official word from Disney, but it is exciting to hope we might get two incredible coasters at Walt Disney World in the same year. However, as we head into summer, it is seeming possible that we may have to wait until early 2023 to speed off on TRON Lightcycle / Run.

Do you think TRON Lightcycle / Run will open this year? Are you excited to ride this new roller coaster at Magic Kingdom? Let us know your thoughts by leaving us a comment below or on our Facebook page.

I can't hardly wait for Tron! Because I love Tron!