Some of the Best (and Worst) Cinderella Castle Makeovers 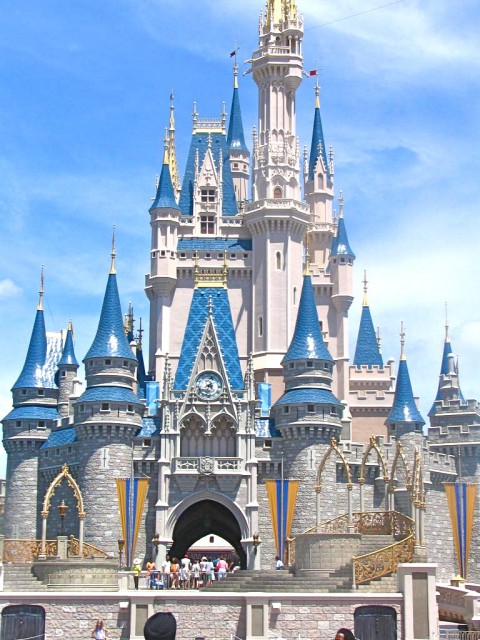 Every day, hundreds of families from all across the world gather in the Magic Kingdom to have their picture taken in front of the iconic Cinderella Castle. For some, this trip to Disney is a once in a lifetime trip, so it is important they make the memories while they have the opportunity. Disney World’s famous castle stands at 189 feet tall and acts as the centerpiece to the Magic Kingdom. Undoubtedly, even first time visitors to the park are familiar with the structure. As well as being one of the signature Disney icons, the castle is an elegant and magical addition, welcoming guests to the park as soon as they set foot on Main Street.

Sometimes the castle is altered to fit certain significant events in Disney history, such as anniversaries or film releases. Some of these alterations fit the magic and maintain the regality of the castle, but some alterations are… questionable, to put it lightly. Let’s take a look at some of the best and worst castle makeovers at the Magic Kingdom.

The first castle makeover happened in 1996 during Disney World’s 25th anniversary when the entire castle was turned into a big pink birthday cake. While this sounds absolutely delightful, the overlay was met with mixed reviews with many guests feeling as though the caked-castle was an eyesore. To make matters worse, the overlay was so drastic and thorough that it stayed in place for over a year!

In 2004, the castle was visited by a certain little blue alien. When Stitch’s Great Escape opened in the park, Experiment 626 headed straight for the castle and made sure to stake his claim. With a graffiti’d “Stitch is King!” and rolls of toilet paper thrown across the elegant castle spires, this one-day overlay was definitely one to remember.

The next year, the Magic Kingdom took part in the celebration of Disneyland’s 50th anniversary. To celebrate the history of magic, the castle was fitted with beautiful golden statues of beloved Disney characters and decorated with matching golden garland. A large magic mirror was positioned in front of the castle that acted as the centerpiece.

Most recently, the castle received an updated look to celebrate the 50th anniversary of Disney World. This update saw the transformation of the gray-white castle base into a beautiful soft pink and blue, as well as darker blue incorporated into the spires and eye-catching golden accents.

Despite the backlash on some of these makeovers, each one stands out as a memorable change to the castle over the years. What do you think? Which one stands out as your personal favorite? What kind of overlays would you like to see in the park in future years?