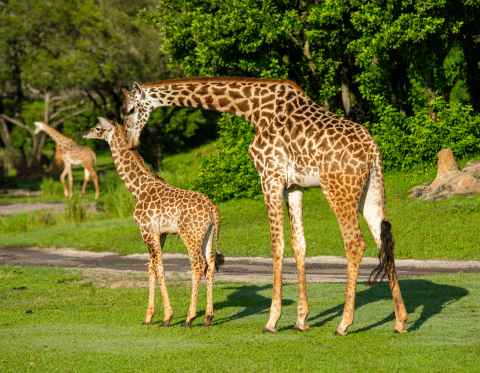 In thirty-five years of visiting Disney parks, nothing quite prepared me for the surreal experience of visiting the Most Magical Place on Earth while pregnant…

I’m a bit of a late bloomer to the mom-to-be scene, and I will be completely honest that the idea of visiting a Disney park while pregnant sounded intimidating. Would I spend my entire visit feeling excluded, unable to enjoy the same food, rides, and experiences? My concerns were multiplied after I visited Universal Studios for their Rock the Universe event—it was a messy experience. Universal Studios is pretty much the worst for pregnant moms as almost every single ride comes with significant warnings.

Despite my concerns, my experience at Walt Disney World surprised me. As a matter of fact, visiting The Most Magical Place on Earth while pregnant actually came with some charms I didn’t expect.

This isn’t the first time we’ve talked about visiting Disney while you (or a loved one) are pregnant—in our previous guide, we covered suggestions for the best rides for moms-to-be, places to catch a rest, and even tracking down pregnancy-safe beverages throughout the parks.

It is of course important to note that every woman’s experience in pregnancy is different, and it is imperative that you clear any advice with your doctor, midwife, or other qualified medical professional. This article is based on my own experience and research, and it isn’t a substitute for medical guidance from a professional.

With that in mind, here are the top ten unexpected things I found about visiting Walt Disney World while pregnant…

1. Hiding your little surprise might be a lost cause

Trying to keep your little bun in the oven a secret from your traveling companions? That may prove difficult or impossible at a theme park.

This tip applies mostly to first trimester moms—for those unfamiliar, many moms are advised to hold off widely announcing a pregnancy during the first trimester because of the higher risk of miscarriage during that season. Some moms choose to wait even longer.

I found myself in this scenario when we took a multi-day trip to Walt Disney World during my first trimester. We had a unique opportunity to bring along two of our young adult students and neither knew I was pregnant. I had already narrowly avoided our students figuring out I was pregnant at Rock the Universe, largely thanks to the fact the Rip Ride Rockit coaster was closed.

My attempt at stealth at Walt Disney World proved pretty short-lived—our students all know I am a Star Wars and roller coaster junkie, and our first stop was Star Tours. I had to give them some reason why I would skip half the rides, so I told them I was having equilibrium issues due to a health thing.

They figured out my ruse in about three seconds, and the game was up. They spent the rest of the trip bursting with excitement and refusing to allow me to carry anything. It ended up being a great trip but keeping my secret would have been hopeless.

You might have better luck than I did, particularly if you already are the type of person who avoids thrill rides. However, do realize that if your traveling companions notice changes in your theme park behavior, there is a good chance they might figure out what’s actually going on.

2. You might be calling your doctor / midwife a lot about rides

In our previous piece, we covered some of Disney’s “safe” rides for pregnancy—mostly those that don’t have a height restriction (except for Kilimanjaro Safaris which can get pretty bumpy). We’ve all seen the warning signs outside of most Disney rides. I generally assumed that if a ride had warnings, there was no way a pregnant woman could ride it safely.

Now, what I am about to say comes with extreme caution, and the crucial addendum to check anything related to your pregnancy with a qualified OB doctor or midwife. With that in mind, I was surprised to discover that there are different reasons theme park rides are problematic for pregnant women, and I was surprised when my doctor didn’t have an issue with some of them in different parts of my pregnancy.

The most important reason doctors discourage pregnant women from riding many theme park rides is the risk of placental abruption—separation of the placenta from the inner wall of the uterus. The sudden stops, starts, spins, and changes in momentum on many theme park rides increase the risk of this and other dangerous problems. Lap bars and restraints are also problematic because of the pressure they apply to the abdomen, particularly for second to third trimester moms.

The danger level of these risks can vary depending on where you are in your pregnancy, and I spent a fair amount of time checking in with my OB, on-call midwife nurses, and a family doctor (who happens to be very familiar with Disney parks) about which rides were safe. To my surprise, there were several rides on Disney’s “no-fly” list that they had no issue with during the first months of my pregnancy. I remained cautious, but it gave me some peace of mind to make educated decisions about which rides to enjoy and which ones to skip.

Once again, I urge extreme caution—if you don’t have approval from someone qualified, don’t do it, but if you have a line to a trustworthy medical source, don’t hesitate to double check if some unexpected rides might be okay depending on how far along you are and the risk levels for your pregnancy.

3. Staying nourished and hydrated is crucial

Getting adequate calories and hydration during pregnancy is pretty important, particularly if you’ll be visiting somewhere requiring a lot of energy expenditure like a theme park.

Every pregnant woman’s experience with food is different—you might have trouble eating enough early in pregnancy due to nausea and food aversions, or you might crave everything in sight. I had the odd experience that I largely craved fruit and vegetables during my early pregnancy (and chocolate ice cream? Not so odd) and tracking down healthy options that didn’t set off food aversions in the rural area where we live has frequently proven a challenge.

Walt Disney World can be kind of awesome for pregnant women looking to stay nourished, mostly because they offer so many choices. Food aversions have remained a major problem well into my second trimester, and I cannot describe how much I appreciated the variety available at Walt Disney World for dining. If I was averse to one type of food, I knew I could find something else. The best parks for dining choices remain Epcot and Disney’s Animal Kingdom, but Magic Kingdom and Disney’s Hollywood Studios also have a good range of options as well if you know where to look.

A few tips would include bringing some snacks with you (especially something light like crackers), as well as keeping a water bottle on hand. When I needed to get some water at one of Disney’s soda fountains, I mentioned my pregnancy and politely requested a large cup of water instead of a small one. Cast members were always helpful and accommodating to help me stay hydrated.

Sun protection is pretty important for moms-to-be. Pregnancy hormones do some interesting things to our bodies, and those changes can make us more prone to sunburn, freckle patches, and other unique reactions to UV rays.

The problem is pregnant women can’t just use any sunscreen.

I didn’t realize this until I was actually pregnant, but most commercial sunscreens contain a cocktail of chemicals that don’t mix well with a growing baby—the worst offenders are Oxybenzone, Avobenzone, Octocrylene, and Octinoxate. Some combination of these ingredients is found in almost all spray-on sunscreens and most general-use sunscreens you might pick up in the parks.

If possible, get yourself a mineral-based sunscreen before your vacation. I currently use Hello Baby (a zinc oxide formula) which is widely available in places like Walmart and Target, but there are a lot of great options recommended on pregnancy sites online.

On the aforementioned Disney visit, I hadn’t thought far enough ahead to buy mama-safe sunscreen, so I had to go hunting for some in the parks. I did manage to track down a sport sunscreen at Epcot that didn’t have any of the dangerous ingredients, though it had a strange oily consistency. If you find yourself in this situation, I recommend looking at the park’s baby sunscreens first and perusing the ingredients closely. They do have a few varieties available that are pregnancy safe.

5. You’ll want to pace yourself more than normal

Pregnancy fatigue can be brutal. Well into my second trimester, it still leaves me addled on the couch on a regular basis. Beyond brain-numbing fatigue, a whole range of pregnancy discomforts (ligament pain, nausea, swollen feet, etc.) can cause disruptions to your normal pacing while visiting theme parks.

Across the board, it’s a good idea for pregnant women to slow down and pace yourself when visiting Disney parks.

I often experience bursts of energy at Walt Disney World that gave me the option to keep a quick pace during my recent visits while pregnant. Despite this, I chose to slow down and take rests when I could, rather than risk fatigue or other issues taking over. A little cardio can be good while pregnant (with doctor’s approval), but you want to make sure you aren’t pushing yourself so hard that you can’t talk or that you overheat.

Instead of rushing, take the opportunity to slow down and embrace regular rest stops when visiting Disney while pregnant. If your traveling party moves at a faster speed, communicate with them when you need a moment. If you are comfortable with a little alone time, send them on ahead for a bit to wait for a ride you’ll be skipping and use that time to recover your energy and move at a more comfortable pace.

Concerned about too much alone time? Have you heard about Rider Switch?...