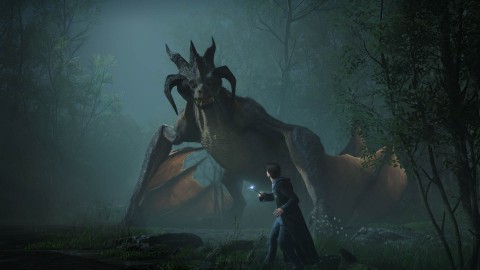 In recent years, theme park resorts such as Disneyland, Disney World and Universal Studios (both Hollywood and Orlando) have welcomed the arrival of themed lands inspired by major blockbuster franchises.

The Wizarding World of Harry Potter at the Universal resorts allows guests to immerse themselves in the magic-soaked world created by JK Rowling, with experiences ranging from exploring Diagon Alley to enjoying one of the many thrilling attractions, whether inside or outside Hogwarts School of Witchcraft and Wizardry.

Pandora - The World of Avatar at both Disney resorts plunges guests deep into the tropical world of the exoplanetary moon as seen in James Cameron's 2009 sci-fi masterpiece Avatar. Using state-of-the-art audio animatronics and bioluminescent technology, Pandora is a place that's bursting with life.

Needless to say, these themed lands have transformed their respective theme park resorts into a cinemagoer's paradise. In fact, it's fair to say that these lands alone are enough to entice even the most anti-Disney or anti-Universal guests.

In other words, you might not be a fan of the more traditional IPs Disney and Universal have under their caps, but if you're a fan of Harry Potter, Avatar, or Star Wars, or even all three (which wouldn't be unusual), there's more than enough to keep your inner-geek satisfied at these resorts.

There are countless individuals who each have a specific reason for visiting either Disney or Universal, and with the fanbases for the likes of Star Wars and Harry Potter being as vast as they are, these themed lands alone bring in scores of guests year upon year.

However, getting to these theme park resorts isn't always easy, whether it's an issue of cost, time off work, or perhaps because of the ongoing COVID-19 pandemic. Either way, if you were able to visit these fantastical worlds from the comfort of you're own home, we're convinced you would...

The past twelve months has seen the announcements of three upcoming open-world video games, each of them based on the three franchises in question. The Star Wars Project (working title) is dubbed as one of the most ambitious open-world games ever, though it's likely we won't see a release for a number of years.

The other two titles, however, Avatar: Frontiers of Pandora (which, like the Star Wars game, is being published by Ubisoft) and Hogwarts Legacy, are both due out later this year, and have even had their own trailers, while the latter has more recently had a 15-minute gameplay overview.

While virtually nothing is known about The Star Wars Project, plenty of information has been dished out for the other two, especially Hogwarts Legacy, which is due out during Q4, 2022. Avatar: Frontiers of Pandora is expected to follow some time thereafter, but an official release date is yet to be announced.

So it looks like the open-world video game is set to make an epic comeback. Not that they've ever really been absent from the market, but when one thinks of such a game, Grand Theft Auto and Red Dead Redemption are often the only such titles on the tips of our tongues.

But now, major blockbusters are also set to dominate video games consoles, having already taken over theme park resorts such as Universal Studios, Disneyland, and Disney World. But what does this mean for the parks? While it would be a huge stretch to suggest a dip in attendance, it's not unreasonable to expect some impact.

Let it be said that these theme park resorts will probably never go out of business - not only have they endured over the decades, they've also survived a global pandemic. So we aren't for one minute suggesting that open-world video games will have any sort of significant effect on these places.

But what's interesting is how they might discourage the more diehard Star Wars and Harry Potter fans from going out of their way to visit their favorite themed lands. If you're able to explore the faraway galaxy, or the Wizarding World, or even the moon of Pandora, from your own couch, why bother visiting the parks?

Well, it all depends on what you get out of themed lands and video games, because there's no escaping the fact that the two are entirely separate entities and mediums of storytelling. While themed lands are becoming more immersive and interactive by the year, it's a technique games have mastered for much longer.

And who knows - perhaps immersing yourself in one of these epic upcoming titles will only encourage you to visit the theme parks even more. But one thing's for sure - these major blockbusters are becoming more popular by the year, and it's evidently a great time to be a fan of one of these enormous IPs.

It also begs to question what other franchises will get the open-world video game treatment, looking specifically at those that already have their own themed lands in a theme park setting, whether it's Universal or Disney. One open-world title fans have been begging for for decades is Jurassic Park, or Jurassic World as it's more commonly known.

If, like the other franchises we've talked about, Jurassic Park continues to be as popular, then it's probably only a matter of time. And while video games will likely never impact theme park resorts, the latter might need to step up their "game" in terms of immersion and interactivity.

What a garbage article.
no insight and no research.
I don't expect the authors to be 'gamers' but when you are talking open world and publishing the article now and all you reference (beyond the IP) is Red Dead Redemption & Grand Theft Auto... you clearly haven;t researched the topic given the releases in the last few months of Elden Ring & Horizon Forbidden West (two of the biggest open world games and popular ones at that), it isn't like RDR & GTA are comparable in theme to the IP discussed.

We are sorry you didn't enjoy the article. We would be interested to know more about your thoughts on this.