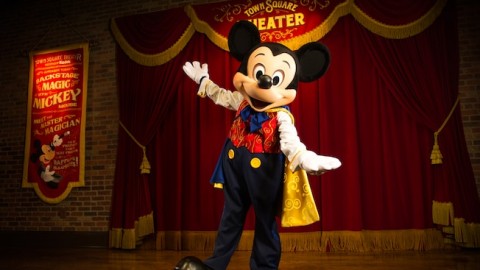 With non-distanced meet and greets finally set to return to Walt Disney World and Disneyland on April 18th, park-goers cannot wait to give their favorite characters a great big hug, more than two years after the COVID-19 pandemic first began to impact Disney parks.

Now that we’re just days away from finally being able to give Mickey a big-ol’ high five or get those long-awaited autographs from Anna & Elsa, all of the excitement surrounding meet and greets certainly begs the question of which characters Disney NEED to introduce for guest interactions in the future. So without further ado, here are 9 (or so) characters that we would love to see host their own meet and greet one day...

Mother Gothel would be a fantastic character to make the transition over to the parks. After talking about your latest adventures with Rapunzel, you could head on over to meet the glamorous witch herself and discuss her secret to staying so youthful. Like many of her other fellow Disney villains, Mother Gothel would surely bring the sass!

These little green guys require barely any explanation as to why they belong in the parks as they’re simply just too cute and would make for some adorable photos. Given that they already have their own ride, now would be the perfect time to bring them to Toy Story Land – we would be eternally grateful!

Park fans have been calling for Giselle to make the journey over from Andalasia for years and now with the long-awaited Enchanted sequel, Disenchanted, expected to release later this year, it would make total sense for Giselle to finally make her parks debut. Though she may not be an official Disney princess on paper, she’s still royalty in our eyes and fans would delight in hearing her exciting tales of what she has been up to since we last saw her.

One for the Marvel fans (sorry Walt Disney World), following the Disney and Fox merger the rights to Ryan Reynold’s beloved merc with a mouth were officially secured by Disney, and while his presence within the Marvel Cinematic Universe may not have been established just yet, perhaps we could see him wandering Avengers campus in the future. While there is always the possibility that Deadpool’s presence in the parks may have already been ruled out entirely thanks to the R-rated nature of his movies, one thing is for sure - he would certainly make for an interesting meet and greet!

While we’re on the subject of Marvel... Disney have been gradually building upon their repertoire of heroes in their very own “Marvel Theme Park Universe” but it would certainly be interesting to see some more Marvel villains make their way over! Having reappeared in the MCU recently in last year’s Marvel’s What if…? Ultron would likely be a difficult character to bring to life, but he’d definitely make for a truly eerie and intimidating experience.

6. Sisu (Raya and the Last Dragon)

With Raya having made her incredibly exciting debut over in Shanghai Disneyland and Disney's California Adventure, it's only right that Sisu is next to join her! Guests would absolutely enjoy seeing this beautiful dragon up close and she’d certainly make for one of Disney’s more unique meet and greets.

7. Grogu and The Mandalorian

A short time ago the internet went wild when rumors began to circulate that Grogu and Mando would be making their park debut, but unfortunately, this never came to be. It would be somewhat tricky as this iconic duo do not, unfortunately, fit with the timeline that Star Wars Galaxy’s Edge takes place in, however, given their immense popularity, Disney could surely find some way to incorporate them into the parks.

Key and Peele’s hilarious scene-stealers from Toy Story 4, Ducky and Bunny would make for a super fluffy and colorful meet and greet, just watch out for a plush rush!

Calling all the 4☆Townies out there. If you’re anything like us, you’ll have spent the last few weeks trying to get "Nobody like U” out of your head after watching Turning Red. The quintessential 00s outfits and hair would make for a truly swoon-worthy meet and greet and perhaps the boys could even teach you some of their boy-band moves.

Which of these characters would you most like to meet? Who do you think Disney should bring to the parks next?