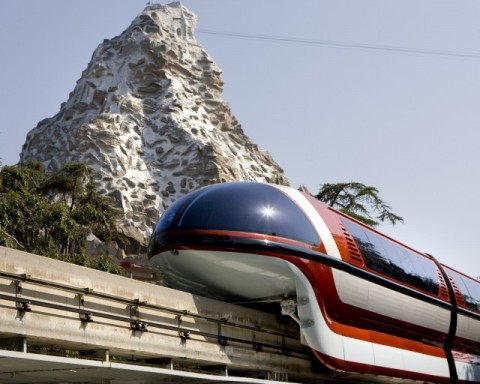 It’s one of the oldest debates among Disney fans—which is better, Walt Disney World or Disneyland?

Everyone has different reasons for liking one over the other. I will be honest that I fall pretty firmly in the camp of a Walt Disney World loyalist. While I have had great experiences at Disneyland, I prefer the diversity of Walt Disney World’s four parks. I also appreciate the way The Most Magical Place on Earth feels more isolated from the outside world, and I’ve had better interactions overall with cast members at Walt Disney World than Disneyland (where I actually had a few experiences so bad, they convinced me not to return for years).

After moving to the east coast, getting out to Disneyland Resort has become much harder. I get my Disney fix regularly through visits to Walt Disney World as well as writing about the parks here at Theme Park Tourist.

Still, I have to admit there are some pretty special things about Disneyland that I seriously miss…

Before Avatar Flight of Passage or Star Wars: Rise of the Resistance, one attraction reigned as Disney’s best of all time...

Disneyland’s Indiana Jones Adventure is a ridiculously good attraction in every way--and you won't find it at Walt Disney World at all. Long before Disney shifted towards building ultra-immersive lands like New Fantasyland, The World of Pandora, or Star Wars: Galaxy’s Edge, The Indiana Jones Adventure wowed fans with an experience so strikingly real, it still leaves guests ducking poison darts in their seats to this day.

I have a particular soft spot for The Indiana Jones Adventure both due to a childhood love of its namesake series, as well as the fact that I had the opportunity to attend one of the early previews for the ride. When the attraction first opened in 1995, guests received special cards to decipher the carved glyphs on the walls to pass time in line. I remember being utterly captivated by how real it all felt, as close to diving into an Indiana Jones film as you could imagine.

To this day, The Indiana Jones Adventure remains one of the crown achievements of Disneyland Resort. Despite decades of rumors that it would eventually make its way to Walt Disney World (possibly as a re-theme of Dinosaur at Disney’s Animal Kingdom, which was built on a clone of the Indiana Jones Adventure track), this has never happened. Disneyland Resort remains, for the foreseeable future, the only place one can venture into The Temple of the Forbidden Eye.

Guests who have only been to Walt Disney World may not realize Disneyland Resort has something pretty special inside their version of Pirates of the Caribbean: The Blue Bayou Restaurant.

The Blue Bayou remains one of Disney’s loveliest gems for themed dining. Situated under perpetually starry skies on a moonlit riverside, atmosphere is king at this Disney fine dining classic. Reservations are scarce for good reason—eating here is something of a rite of passage. The service is known for being top notch, the upscale Cajun menu is excellent, and the ambience is pure magic, from the chirp of crickets in the air to the slow passing of boats.

Walt Disney World’s version of Pirates certainly has its own charm and upsides, but there’s no question that The Blue Bayou is irreplaceable. Speaking of which, it’s worth mentioning another unique Cajun treat at the Happiest Place on Earth...

Outside of The Blue Bayou, Disneyland guests can enjoy the charming streets of New Orleans Square, Disney’s coziest historical land. This quaint corner of Disneyland is rich with memory, right down to the former site of an antique shop beloved by Walt’s wife. It is also the home to Disneyland’s mysterious Club 33 (the ultra-expensive, ultra-exclusive Disney superfan club).

New Orleans Square is also home to one of Disneyland’s most beloved treats, a pairing you won’t find easily at Walt Disney World: warm Mickey Mouse beignets and refreshing mint juleps at the Mint Julep Bar.

I got positively hooked on these as a young Disney fan—the combination of the two is pure Cajun magic. This place used to draw massive crowds, and fans would wait in considerable lines to enjoy these beauties. While the arrival Mobile Order has likely helped space things out more evenly, we suspect the popularity of this Disneyland classic spot has remained high as ever.

I’ve written about this before, and I hold to it—Walt Disney World’s Fantasmic cannot hold a candle to Disneyland’s.

While some people prefer Walt Disney World’s arena seating and larger fireworks display, Disneyland’s Fantasmic overshadows its Florida counterpart in almost every other way. Where Walt Disney World’s version can feel like an oddly cobbled-together montage of Disney intellectual properties, both the original and 2.0 version of Fantasmic at Disneyland tell a coherent and gripping story of Mickey’s journey through his own dreams and nightmares.

Its organic setting along the banks of the Rivers of America remains unrivaled, allowing for the inclusion of the sailing ship Columbia and Mark Twain Steamboat as dynamic set-pieces. The musical score for the Disneyland version also carries more punch, particularly thanks to the inclusion of that trippy-as-all-get-out “Pink Elephants on Parade” sequence.

Then there’s the dragon…

Fans familiar with both shows have long expressed disappointment over Walt Disney World’s goofy handling of Maleficent’s dragon transformation. While the Florida dragon’s head is impressively large, the problem is that’s all it is—a great big head on a pole with weird fringy bat wings.

I remember seeing Maleficent’s transformation in the original version at Disneyland as a kid, and it left guests absolutely staggered. Everything about the effect was brilliantly executed—then somehow Disney managed outdo themselves and upgrade it for the 2.0 version. The updated effect is astonishingly lifelike, a highlight of the show.

I won’t beat a dead horse (or a dead dragon), but it’s safe to say Fantasmic is one of the things I miss the most about Disneyland Resort.

This might be a divisive one, and that’s all right—some people prefer a classic to stay true to original form. Speaking personally, however, I really appreciate the special touches about Disneyland’s updated version of Space Mountain.

For those unfamiliar, there are a few key differences between Disneyland and Walt Disney World’s Space Mountains. One of the most convenient is the fact that Disneyland’s version allows guests to sit two to a row (similar to Walt Disney World’s Splash Mountain). The adjustment makes for a smoother ride that feels distinctly faster.

The other notable difference is that Disneyland’s version for the last few decades has included a musical soundtrack. Once you’ve experienced Space Mountain with music, it’s difficult to go back—the soundtrack really amps up the excitement of the ride and makes for an overall more fun experience.

But that's not all, do you wish Walt Disney World had these awesome things including...?