How Does Disney's Premier Access Measure Up Against Genie+ Lightning Lanes? 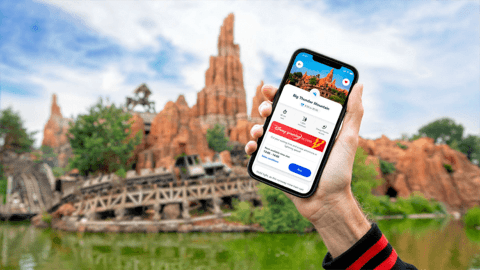 Disneyland Paris is currently celebrating its 30th anniversary, having opened way back on April 12 in 1992 (it looks like they've cheekily started a little early). Needless to say, the Parisian theme park will be shoulder to shoulder with guests, especially now that COVID-19 restrictions have been eased, as well as the need to wear face coverings being relaxed.

So, as things are looking to return to some form of normality at Disneyland Paris (though face coverings remain recommended, especially at parades and night-time experiences), naturally, attendance is expected to peak. And with the celebrations now underway, there's no better time to delve into the Disney Premier Access to see how it differs from the FastPass system which went before and then take a look at how Disney Premier Access compares to Walt Disney World's Genie+ Lightning Lane Service.

Reminder - What Was FastPass?

First of all, let's talk about FastPass. In a nutshell, FastPass allowed guests to enjoy attractions and experiences a lot quicker than they would otherwise, reducing the wait time significantly. Simply put, these virtual queueing systems were designed to enhance the guest experience at Disney theme park resorts.

This system, which had variations of its name across Disney theme park resorts, was free to use. However, now, Walt Disney World and Disneyland Resort use the newly-introduced system, Disney Genie, with FastPass, FastPass+, and MaxPass, having been retired last summer, while Disneyland Paris (and also Shanghai Disneyland Resort) use Disney Premier Access.

But what is Disney Premier Access? Well, Disneyland Paris also retired FastPass, but you can now use a replacement system called Disney Premier Access. It's a paid service that speeds up the waiting time for the resort's most popular attractions - in other words, you get to skip the normal queues so that you can fit even more experiences into your day.

With that all said, availability is limited, and unfortunately there's no guarantee that you'll get onto the attraction of your choice straight away. Disney Premier Access is simply designed to give you the opportunity to get onto attractions and enjoy other experiences quicker than waiting in line with everyone else.

So, how does Disney Premier Access work? First of all, you'll need to download the official Disneyland Paris app onto your smart phone, whether through iOS or Google, and then create a Disney Account. If you don't have a phone or account, you can always purchase Disney Premier Access at City Hall in the Disneyland Park, or at Studios Services in Walt Disney Studios Park.

Assuming you do have a smartphone, though (which, these days, is a pretty reasonable assumption to make!), you'll need to download the Disneyland Paris app, launch it, create a Disney Account (or sign in to your existing one), and then you're free to link your Disney Premier Access to your account, grouping it with your admission tickets and hotel package if need be.

When you're all set up, and you're exploring Disneyland Paris, you'll then simply select the desired attraction via the app and choose the number of guests. You'll then choose a time slot, however, take note that this is always subject to availability. Once at the attraction at your designated time, simply join the correct lane and present your QR code from the app. You can only book one attraction at a time so when you have used one you can log into the App again and look to see if there is another available that you would like to purchase.

Prices start at €5, but vary depending on the popularity of the park's attractions, which are: Big Thunder Mountain, Phantom Manor, Peter Pan's Flight, Ratatouille: The Adventure, Buzz Lightyear Laser Blast, Star Wars Hyperspace Mountain, Star Tours: The Adventures Continue, The Twilight Zone Tower of Terror, Autopia, Indiana Jones and The Temple of Peril, and Orbitron.

So there are some notable differences between FastPass and Disney Premier Access, with the biggest being the fact that FastPass - which was free - allowed reservations up to 60 days in advance of your visit. Disney Premier Access prices can change depending on whether you're visiting during a peak or off-peak season, so this is something to be mindful of.

Now that you're all clued up on Disney Premier Access, let's take a look at how it compares to the Genie+ Lightning Lanes service which is currently in place at Walt Disney World.

How Does Disney Premier Access Compare To Genie+ Lightning Lanes?

Well, it is quite simple, Disney Premier Access is available for a number of the most popular rides at Disneyland Paris and each attraction has it's own individual price depending on how popular it is. This price can change depending on the time of day and whether it is deemed peak or off-peak. This is very similar to the Individual Lightning Lane Selections at Walt Disney World which are booked separately, are individually priced and these prices can fluctuate.

The main difference between Disney Premier Access and the Walt Disney World equivalent is that guests at Disneyland Paris don't have the ability to pay one price and then choose from a list of attractions to skip the regular line for. At Disneyland Paris you have to pay for attractions individually making skipping a number of lines for your favorite rides very expensive.

There are flaws with Genie+ Lightning Lane selections especially as you can only have one Lightning Lane booked at a time so when huge amounts of guests purchase Genie+ it means slots run out very quickly and you may be left with no attraction slots by mid afternoon. On quieter days, however, you could get to skip a number of lines for just $15 per person.

At Walt Disney World you are likely going to need to buy Genie+ for $15 in order to be able to skip the line on fan favorites such as Big Thunder Mountain as well as Individual Lightning Lanes for the really popular attractions such at Star Wars: Rise of The Resistance or Seven Dwarfs Mine Train. The cost can therefore quickly rack up per guest especially if you are travelling as a family.

A draw back to Genie+ Lightning Lane is that you aren't guaranteed to get a slot for the attraction of your choice, it is dependant on when you enter the park and the availability so you could pay $15 and end up very disappointed.

At Walt Disney World you do have the choice of purchasing just Genie+ Lightning Lane for $15 per person or selecting an attraction from the Individual Lightning Lane list or purchasing a combination of both albeit at a cost.

What Is Happening Now At Disneyland Paris?

Disneyland Paris is now well underway with its 30th Anniversary celebrations where you can enjoy new parades, night-time experiences, entertainment, festivities, decor, merchandise, food, as well as all the popular attractions.

There are a few other things to take note of when visiting Disneyland Paris - there are no longer maps or other leaflets available, by way of protecting guests from handling things unnecessarily. So be sure to make the most out the Disneyland Paris app. It's also a great way to keep an eye on wait times for the attractions (Peter Pan's Flight always appears to be among the busiest of the busiest!).

Also, if you're a guest at one of the Disney hotels, be sure to make the most out of Extra Magic Hours, which allows you to enjoy exclusive entry into the two parks before all the other guests - this is a great way to tick off rides, especially at Walt Disney Studios Park, where there are far less rides than at the Disneyland Park, meaning you're then free to focus on the main park.

As for being able to get onto the most frequented rides, as we've said, even with Disney Premier Access, there's still no guarantee you'll get on them as quickly as you'd like. But just because Disneyland Paris can't perform miracles, that doesn't mean it isn't incredibly magical...