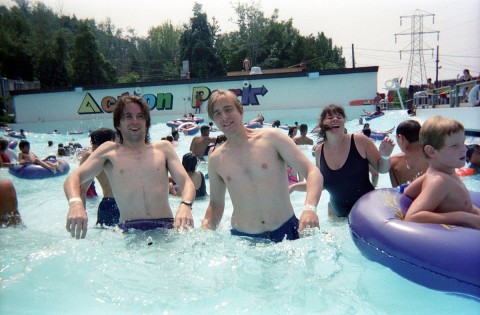 Most if not all theme park visitors plan a vacation with safety in mind. Large parks such as Disney and Universal are well-known for their safety regulations protecting guests from harm, and although accidents do occasionally still happen, the parks are usually quick to fix the problem. Today, theme park rides are so thoroughly regulated that injuries and deaths are rare. This was not the case with this notorious New Jersey theme park.

In 1978, a new amusement and water park opened in Vernon Township, New Jersey in hopes of drawing more visitors to the Vernon Valley Ski Resort. The area became known as Action Park, a thrilling adventure for the family featuring water slides, go karts, a wave pool, and an alpine slide. However, soon after the park’s opening, it became apparent there would be many problems in the years to come. Action Park and its cheaply made attractions quickly gained a reputation in the surrounding area for being dangerous and, in some cases, deadly.

During the first few years of operation, Action Park saw the most injuries come from the alpine slide where carts would regularly derail after brakes failed to malfunction or the driver (most often children) did not apply the brake in time. Head injuries and bruises were frequent, but the worst incident occurred in 1980 when a 19-year-old employee was thrown from the alpine slide, hit his head, and died after several days in a coma. Another dangerous attraction needs little explanation as to why injuries occurred in such high numbers. The infamous Cannonball Loop, a waterslide featuring a vertical loop, was introduced to the park in 1983 and lasted only a month before it was closed due to overwhelming safety concerns.

Perhaps the most deadly attraction, however, was the Tidal Wave Pool. Unlike other wave pools that are a common attraction in many other parks, Action Park’s wave pool was designed in such a way that the large waves created would push guests into deeper water rather than toward the shallow end of the pool. On top of this, the pool was often overcrowded and when the waves grew too intense, guests flooded the ladders in order to get out. Even experienced swimmers tired quickly in the rough waves, and lifeguards reported having to rescue dozens of visitors each weekend. A total of twelve lifeguards were on duty at one time. Throughout its lifetime as the Tidal Wave Pool, the attraction resulted in at least three drownings and hundreds of injuries, earning this attraction the well-deserved nickname of “the Grave Pool”.

Action Park’s reputation dropped consistently as many families were afraid to allow their children onto such dangerous rides. While most visitors often only left with a scrape or bruise, others were unlucky enough to receive broken bones, bloody noses, concussions, and worse.

By the park’s closure in 1996, Action Park was responsible for a total of six deaths. Despite its notorious legacy, many of those who grew up in the area of Vernon Township, New Jersey hold fond memories of the park and wear the memory of their injuries from Action Park like medals of honor. Undoubtedly, America’s most dangerous amusement park remains nostalgic for those who spent their summers there as a kid.