Dreams Do Come True In Port Orleans: Tips From Disney's Biggest, Jazziest, and Most Romantic Hotel 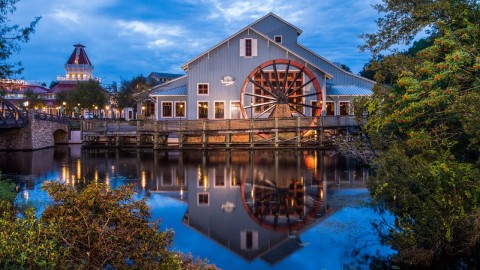 Once upon a time, a stay at a Disney Hotel took you somewhere. An extension of your day at the parks, a Disney Hotel was something magical; a world in its own right; an idealized, romanticized, historic, and beautiful place to explore. Not a hotel-themed-to-a-city, but a city that happened to be a hotel. There's a magic to Coronado Springs or Caribbean Beach, where you truly do "leave today" and make believe you're in a different time and place... and we want to explore how...

Here at Theme Park Tourist, we've taken a detour into the stories behind the most iconic hotels on-property at Walt Disney World. Recently, we took a look at two of Disney World's most mysterious, unique, and talked-about resorts: the Swan & Dolphin.

But for those of us who long for the days of beautiful, immersive resorts packed with imagination, charm, food, and things to do, your prayers have been answered. Today, we'll tell you how "dreams do come true in Port Orleans," Disney's jazziest, biggest, and most romantic place to stay! 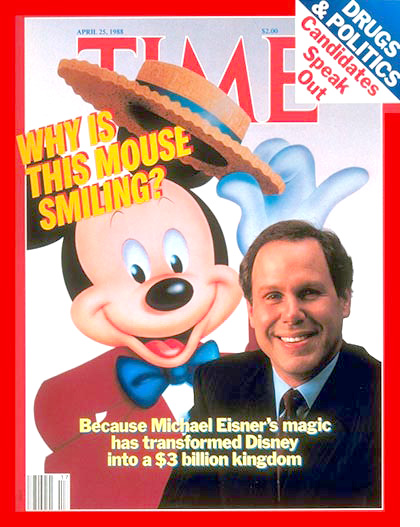 When Michael Eisner became CEO of Walt Disney Productions in 1984, the creative outsider with a track record in the film industry found himself in quite a dilemma. You have to remember that in the early 1980s, Walt Disney Productions was still a company in disarray. Disney's theme parks felt like relics from Walt's time, having gone a decade without a true pop culture infusion. Even the company's "Hail Mary" attempt to revive their tourism-based industry – 1982's EPCOT Center – failed to capture the attendance that Disney hoped... and more importantly, that would've recouped the park's massive, billion-dollar cost.

Luckily, Eisner had the kind of risky, ambitious, and creatively-charged leadership style to right the ship. So you can imagine the shock when he arrived with commands that Walt Disney World shift its business model completely and reimagine itself in a new form...

Here's the secret: most of Michael Eisner's most revolutionary concepts weren't really so revolutionary at all. Instead, Eisner was simply willing to look beyond Disney's tried-and-true practices; to leave the company's "comfort zone" and learn from (some might say, steal from) competitors. And that's exactly what happened in the mid-'80s, when Eisner saw the tourism industry booming in Central Florida – all thanks to Disney, mind you! – with hundreds of hoteliers opening properties just outside Disney's border.

Meanwhile, inside Disney World, the company still had only three hotels – the same three that had opened back in the early '70s: Disney's Contemporary, Polynesian Village, and Golf Resorts. It was practically criminal that hundreds of thousands of families flocked to Florida to see Disney World, and didn't actually have a place to stay on Disney property...

Under Eisner's leadership, Disney made a major pivot. Though its theme parks may be the stars of Walt Disney World marketing and memories, some suggest that the company's core business in Florida isn't entertainment, but hotel occupancy. Today, more than two dozen resort hotels litter the landscape of Walt Disney World, boasting around 40,000 rooms.

So when you get right down to it, nearly every decision Disney World makes – from perks to new transportation to new rides to promotional campaigns – fundamentally revolves around maintaining the careful balance of those rooms' supply and demand, selling Disney Vacation Club interests, maximizing hotel revenue, and convincing families to pay their (admittedly far-above-market-value) prices to stay "in the magic."

And it all started when Eisner's first two resorts debuted in 1988. The first – Disney's Grand Floridian – was a large, luxurious, beachside retreat in the style of the Contemporary and Polynesian Village. But the second is far more interesting to our story today...

Opened in 1988, Disney's Caribbean Beach Resort was the first "moderately-priced" ($65 to $85 per night) hotel on property... and literally marketed as an affordable alternative ("the breezy freshness of a Caribbean morning within everyone's reach") to Disney's three signature lodge-style resorts!

Disney's Caribbean Beach was informal and unfussy; a highly stylized, sprawling motel grafted with the vibrant colors and architecture of the Caribbean, all strewn around "Barefoot Bay." This was the kind of resort calling out to families, defined by quick service food and multiple pools; a "bubble" in its own right, and the perfect addition to the "Vacation Kingdom." Without a doubt, Caribbean Beach hit a "sweet spot," meaning that "Moderate" hotels were here to stay...

Reviving the concept of a never-built expansion of the Lake Buena Vista Shopping Area (today, Disney Springs), in 1989 ground was broken on a second Moderate hotel for Walt Disney World. Designed by Disney and overseen by Fugleberg Koch Architects (the firm behind Caribbean Beach), Disney's Port Orleans Resort opened to the public on May 17, 1991.

In the style of Caribbean Beach (and today, the de facto set-up of both "Value" and "Moderate" resorts), Port Orleans wasn't a mere building, but a town. Guests enter through the wrought-iron, glass-enclosed Mint, stylized as an 1800s bank. That atrium connects to the resort's quick service restaurant (themed as a factory warehouse where Mardi Gras parade floats are built).

Beyond, seven guest room buildings dot the riverfront property, each designed to resemble blocks of buildings one might find throughout Louisiana's Crescent City. It's all made possible by lamp-lined streets, finely-manicured lawns, pristine gardens of bubbling fountains and magnolia trees, Spanish moss, and ever-present Jazz music. This is the French Quarter – or at least, an idealized, romanticized one – where cobblestone streets and wrought-iron balconies go on for blocks.

And Port Orleans was only the start. While the bustling French Quarter was readying to open, a third Moderate hotel was already under construction just a short walk away. In February 1992, Disney's Dixie Landings Resort made its debut just up the river.

Stylized after a Deep South Mississippi River delta, Dixie Landings returned to the sprawling complex formula begun by Caribbean Beach. Centered on an oxbow of the man-made Sassagoula River, the resort was split in two. Its western half was the swampy, forests, and dark Alligator Bayou – home to rustic "lodges" decorated with tin roofs and wood – and on the east side, the romantic Magnolia Bend of multi-story (motel-style) "mansions" with a combined 2,048 rooms, making Dixie Landings among the largest Moderate hotels on property to this day.

All of it came together at the resort's lobby – a repurposed, "historic" building once home to the glamorous Sassagoula Steamboat Company – with its own full-service and quick-service restaurant stylized as the boatworks and mill once used to construct the company's watercrafts.

To our thinking, Port Orleans and Dixie Landings weren't just a natural fit; they were a masterpiece. In these two neighboring and interconnected resorts, Disney had created a sort of mini-campus of gorgeous buildings and spectacular scenery. From the manicured cobblestone streets of the Louisiana's French Quarter, along the Sassagoula River to the stately mansions with their geometric hedges and water fountains, then around into the untamed bayous where frogs, fireflies, and gators can be found.

Yet despite their geographic similarities and the natural flow between them, Port Orleans and Dixie Landings were two distinct, separate resorts... Until...