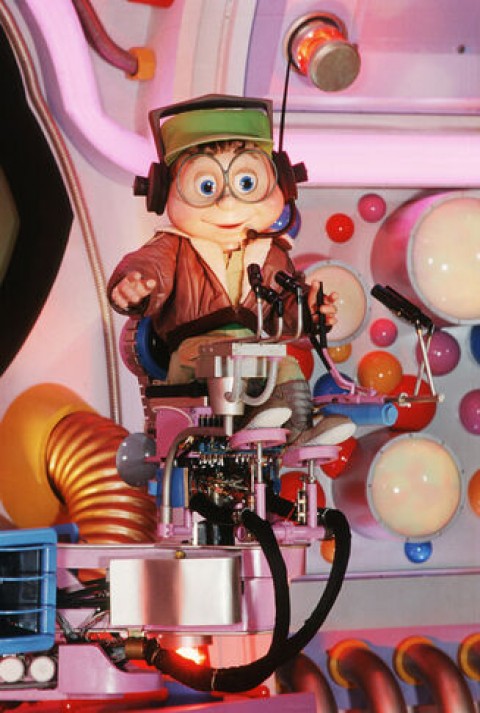 When the Wonders of Life Pavilion at Epcot closed in 2007, a lot of the interior was left abandoned. This included the two main attractions that once called the pavilion home–Body Wars and Cranium Command. A lot can be said about the slow decline of the pavilion’s popularity, but that remains a story for another time.

The aforementioned Cranium Command attraction took up residence in the pavilion starting in 1989 and offered guests an educational trip through the human brain. Though it was one of the larger attractions within the Wonders of Life pavilion, it was relatively overshadowed by Body Wars, a similarly educational ride explaining the functions of the human body.

Cranium Command heavily featured two characters–General Knowledge, a drill sergeant type character, who would brief guests on the mission upon entering the ride, and Buzzy, a small soldier learning how to pilot the body of a twelve year old boy. An audio animatronic Buzzy accompanied guests on the journey from a seat he was bolted to, to allow movement and additional interaction within the attraction.

After a gradual decline in popularity, Disney made the decision to operate the pavilion seasonally beginning in 2004 before its permanent closure three years later. After seventeen years of operation, Cranium Command was left abandoned and almost fully intact behind closed doors. This remained the case for over a decade. The only visitors Buzzy and General Knowledge attracted were urban explorers willing to take the risk to get a peek at what was left behind. However, in late 2018, some concerning rumors began to make rounds through the Disney community. According to Patrick Spikes (better known as his Twitter handle BackDoorDisney), a popular Disney urban explorer, the Buzzy animatronic had been removed from the former attraction.

Although some were quick to speculate that it was more likely Disney cast members had relocated the animatronic to discourage explorers from breaking into dangerous areas, other explorers pointed out that the hydraulic lines bolting Buzzy to his seat had been cut and leaked oil onto the floor. Whoever had taken the animatronic was not worried about leaving a mess behind. According to an Orange County Police report, the animatronic’s clothes had been missing for some time prior to the animatronic itself. The items reported as missing included a bomber jacket, a pair of headphones, and a green hat with a worth totaling over $6,000.

It was around this time Disney began pursuing Patrick Spikes, the first person to announce the missing Buzzy animatronic, as a possible suspect. As it turned out, Spikes was a former employee at Disney World who grew a following online after posting backstage pictures around Disney property. One of these images surfaced on his Twitter page five days before his arrest–a rather disturbing image of Buzzy’s severed face. 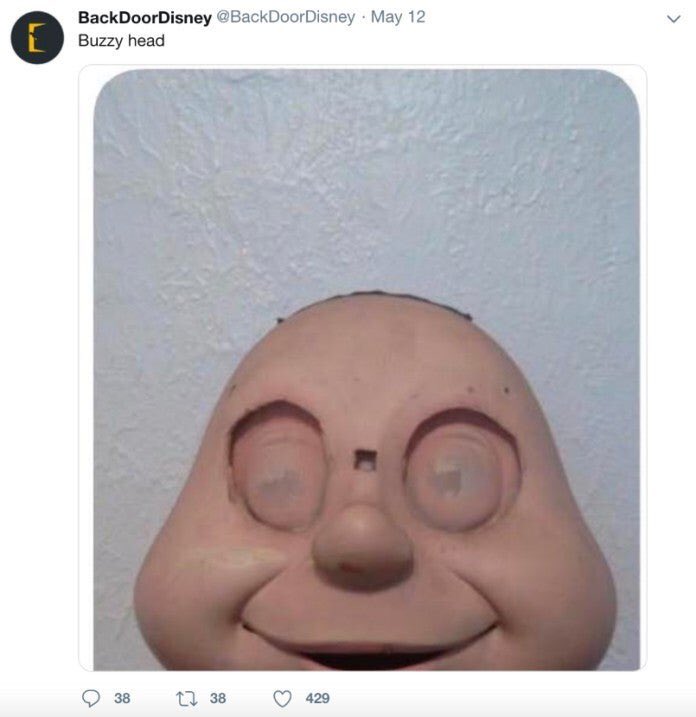 Spikes had also successfully stolen some props from the Haunted Mansion and intended to return again to steal another full animatronic from the ride. Luckily, he and his cousin (who reportedly helped in the stealing of Buzzy) were apprehended before more items could go missing from fan favorite attractions.

Despite the arrest, someone has yet to come forward with the current whereabouts of Buzzy, but considering the image of Buzzy’s face separate from the animatronic, it is unlikely the animatronic still exists in one piece. Unfortunately, it seems more likely that the Cranium Command soldier was taken apart to be sold separately for extra profit.

Many in the community are still determined to find Buzzy and bring him home in one piece. Even though it's been over a decade since the closure of Cranium Command, Buzzy still lives on in the hearts of those who grew up around Disney World during the 90s and early 2000s.

The “severed” face is actually just an additional mold of Buzzy’s face, and not part of the actual animatronic. I initially thought the same until it was debunked.