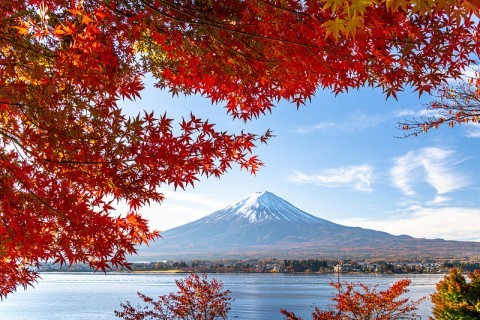 That’s how the saying is supposed to go anyways…

Disney Imagineers have floated a lot of ideas throughout the years for both Disneyland and Walt Disney World—from new lands to dazzling attractions, Disney is known for bringing impressive concepts to life.

Not every concept finds its way off the drawing board, however. There have been dozens of rumored lands, resorts, rides, and attractions over the years that just never made the final cut. Some of these have been long lamented but are most certainly dead in the water (like Disney passing over the “Beastly Kingdom” project at Disney’s Animal Kingdom, ultimately snatched up piecemeal by Universal Orlando Resort for The Lost Continent and The Wizarding World of Harry Potter). Others have been forgotten to the passage of time.

There are a few rumors, however, that have persisted over the years—some for decades. To this day, I still periodically see news releases pop up for rumored attractions I remember hearing about in the 80’s, 90’s, and 2000’s. Almost always, the whispers turn out to be nothing of substance, but fans have continued to hope nonetheless.

Do you think Disney will ever give the greenlight to these six long, loooong overdue projects?

Epcot has always been a wonderfully odd duck among Walt Disney World parks—a celebration of the world we live in and the universe beyond that defies description to this day.

Long before Test Track or Mission: SPACE ever opened their doors, Imagineers recognized that Epcot had a distinct difference from Disney’s other parks—it had no roller coasters or thrill rides (the delightfully madcap Maelstrom excluded). As far back as the late 80’s and 90’s, rumors persisted that Disney was well on the way to giving World Showcase a fresh expansion—not just with pavilions representing new countries but with two different possibilities for thrill rides to join the Disney “mountain” coasters.

The first of these rumors was that Disney intended to open a Switzerland pavilion, marked with a replica of the Disneyland Matterhorn Bobsleds. The idea gained quite a lot of traction in the 90’s, and every year, people grew more and more convinced they would finally do it. To this day, the idea still periodically pops up, though it has lost some steam in recent years. While a Walt Disney World Matterhorn at Epcot could be an excellent addition, it is a uniquely high maintenance attraction.

The more likely rumor that has persisted even to this day was Disney’s other plan for a mountain coaster.

Throughout the 90’s, concept art periodically circulated of a striking addition to the Japan pavilion—a replica of Japan’s Mount Fuji, complete with a coaster attraction inside. The art and models looked spectacular, and the concept sounded like Big Thunder Mountain on steroids.

Alas, the Mount Fuji coaster never made it off the page due to a lack of sponsors. While we occasionally hear rumors of the Epcot mountains concept resurfacing, the truth is we already have a spiritual successor to this pitch: Expedition Everest at Disney’s Animal Kingdom. For this reason, we remain skeptical that Disney would ever pull the trigger on this long awaited concept.

There’s another Epcot-related rumor that has persisted over the years, one that has gained more traction than any other: when is Disney finally going to build another World Showcase pavilion?

It’s a subject we’ve explored before in depth. Disney has considered many ideas over the years for pavilions to fill the empty gaps in World Showcase, some of which received considerable Imagineering development like Spain, Switzerland, Egypt, Equatorial Africa, Greece, Israel, and even Russia.

While some possibilities have been removed over the years due to controversies, there do remain several serious contenders for the next World Showcase pavilion. Indeed, fans even saw promotional art for some of these at the 2019 D23 summit suggesting at least one new pavilion was imminent. At this point, there are three strong contenders.

The first is Greece--fans have rained down petitions over recent years to see a Greece pavilion added, a logical choice as it could be visually striking if modeled after Santorini Island. Disney also has an IP tie-in thanks to Hercules, a film due for a live action reboot soon. Despite noise from fans, however, Disney has been sluggish to move forward on a Greece pavilion.

The two more likely candidates are Spain and Brazil. Spain holds a character unique from any of the other European nations represented in World Showcase, and the possibilities for food, dance, and architecture could be spectacular.

The most likely candidate for a new World Showcase pavilion, however, remains Brazil. Disney has long needed some sort of representation for South America, particularly considering the substantial number of Brazilian tourists the parks draw. Imagineers have drawn up impressive concept art for a Brazilian pavilion based on Rio de Janeiro and the nearby mountain country. For this reason, fans continue to believe the announcement of a Brazil pavilion isn’t so much a rumor but something inevitable for Epcot’s future.

Oh, it’s worth mentioning a dark horse in the race for an upcoming World Showcase pavilion: I know we don’t talk about Bruno, but seriously… there’s no question Disney has been eyeing some sort of tie-in to the hugely successful film Encanto. If a Colombia pavilion isn’t the answer, a general South American addition to Epcot or Disney’s Animal Kingdom could be!

This is another one that has persisted for a long, long time: it’s long been rumored that Disney has considered bringing Disneyland’s Indiana Jones Adventure (or a sister-attraction) to Walt Disney World.

Despite the age of the film series, Indiana Jones remains a lucrative draw for Disney parks. While the possibility of a second Indiana Jones attraction for Disney’s Hollywood Studios has come up before, this rumor usually crops up in connection to talks about what Disney should do with DinoLand USA at Disney’s Animal Kingdom.

DinoLand USA has long been considered one of the weaker lands at Walt Disney World—a poor replacement for Beastly Kingdom, partially devised in response to the success of the Jurassic Park franchise at Universal Studios. DinoLand USA isn’t a terrible land, but it does fall short in depth compared to Disney’s other offerings.

Rumors have long existed that Disney is going to overhaul DinoLand USA, replacing its flagship attraction, Dinosaur, with a clone of Disneyland’s Indiana Jones Adventure. Despite the fact that Dinosaur is a decent attraction, the move makes sense from one important standpoint: Dinosaur is literally a beat-for-beat clone of The Indiana Jones Adventure ride system, just with different scenery and sounds.

At this point, rumors about an overhaul of DinoLand USA and the arrival of a new Indiana Jones attraction have remained just that: rumors.

How about projects for Disney's Animal Kingdom, the long-overdue Tomorrowland overhaul and a potential fifth gate for Walt Disney World?