We DO Talk About Encanto Coming To The Disney Parks 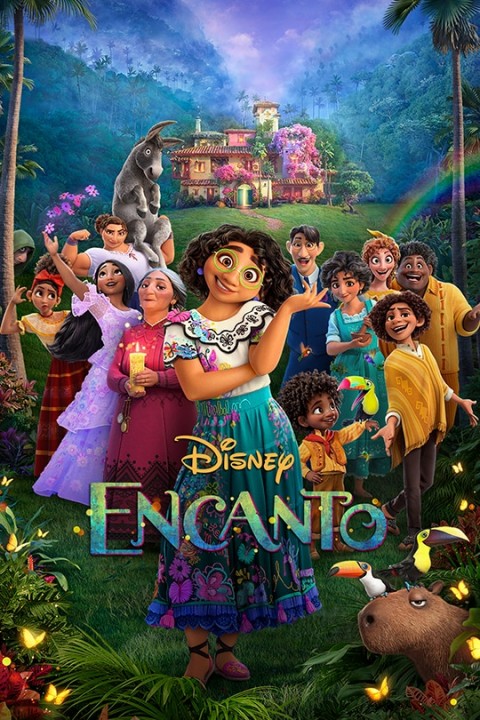 If you have been around children, or on TikTok, or are a Disney fan in any way, you have probably had “We Don’t Talk About Bruno” stuck in your head for the past month or so.

Encanto, Disney’s 60th animated feature film released in theaters in November and jumped to Disney+ in December and has since been a roaring success. With catchy music and relatable characters, it is no surprise that we have ideas for how Encanto and its characters could be brought in the Disney parks.

Disney is known for its fantastical and magical dark rides, so it only seems appropriate that our first idea would be an Encanto-themed dark ride. The ride would carry riders through Casita and follow Mirabel through her journey to save the miracle. Utilizing projection technology seen in rides like Frozen Ever After and Mickey and Minnie’s Runaway Railway would bring all the enchanted Madrigals to life and make for a colorful, exciting ride. Of course, all the incredible music would have to be incorporated into the scenes of the ride.

A new take on a classic carnival stable would be a Casita walk-through attraction. This wouldn’t be like the typical carnival fun house though. It would be bigger and more immersive than anything seen before it. Guests would get to walk through and explore each of the Madrigal’s magical rooms within Casita. This would be an attraction that could involve all the senses. From smells within Isabella’s flower filled bedroom, to the sounds of all the animals who call Antonio’s room home and would even include a snack stand run by Julietta where guests could try her famous arepas.

In addition, if you pay close attention, you may even see Casita come to life or catch a glimpse of that uncle nobody talks about lurking around. Although it wouldn’t be an actual ride, this attraction could be one of the most immersive attractions in all the Disney parks.

Imagine following the smallest Madrigal as he gives a tour of his grand jungle bedroom. Antonio would lead guests through the jungle, within his own bedroom, and they zip and zoom past waterfalls, foliage, and animal animatronics (or even real ones). This would be an excellent way to expand on the story of the Madrigals. Guests could even ride on the back of Parce, Antonio’s jaguar. It would be a great addition to Disney's Animal Kingdom.

Another way to incorporate Encanto into the Disney Parks would be a character encounter. While we have seen Mirabel at Disney’s California Adventure, it would be great to see not only Mirabel but some of the other Madrigals at Walt Disney World. The permanent encounter would be similar to Ariel’s Grotto. However, it would be on a much larger scale. In a replica of Casita, guests could meet some of the amazing Madrigals and get a glimpse of their powers. In a room where guests meet Pepa it could thunder or become windy, and Isabel’s room would be filled with flowers and plants of all different kinds.

In our previous article 5 IPs That Would Make Great Stage Shows At Walt Disney World, we talked about how Encanto could come to Walt Disney World as a magnificent stage show. The music is incredible and the story could be adapted to the stage. Check it out for more details on how Encato, and other Disney IPs would make great stage shows.

How would you like to see Encanto incorporated into the Disney parks?