Could These 5 Retired Walt Disney World Attractions Fit In The Parks Today? 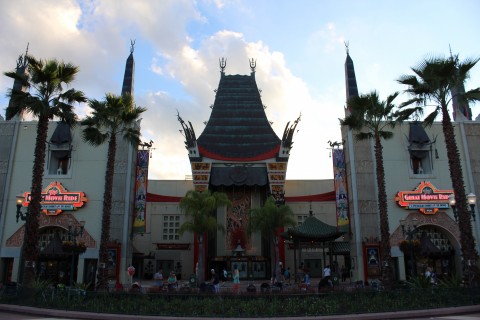 There are dozens of rides and attractions within the Disney parks that we have said goodbye to over the years. What if we could bring some of those beloved attractions back, but with modern technology and storytelling.

Would you want to see some of your old favorites back and modernized? Here are 5 retired Walt Disney World attractions that could be given a second life in the present day.

The Great Movie Ride opened in 1989 and ran until 2017 when it closed to make room for Mickey and Minnie’s Runaway Railway. This dark ride featured dozens of audio animatronics, live actors, and replicated sets from some of the most iconic movies. Riders traveled through movies such as Wizard of Oz, Alien, Indiana Jones, and Casablanca.

What if they brought back The Great Movie Ride to Hollywood Studios today? What movies have been made since 1989 that could be featured in a modern version of the ride? Perhaps we could see the iconic scene of Jack and Rose at the bow of the Titanic. They could incorporate Avatar, Planet of the Apes, Die Hard, or even the Chronicles of Narnia (films that Disney now owns, by the way). Of course, they couldn’t pay homage to the movies without somehow incorporating the Marvel Cinematic Universe.

Something that wasn’t featured much in the original ride was animated feature films. With technology like what is used in Mickey and Minnie’s Runaway Railway, we could see movies like Up, Brave, or Luca come to life. It would be a great way to represent other great Disney IPs that do not already have their own rides at the Disney parks. Not only that but incorporating animated films and films that are more recent would make the ride more enjoyable for a larger audience. Don’t get me wrong, they would have to keep Wizard of Oz and Mary Poppins, with updated audio-animatronics of course.

Body Wars was a simulator ride at EPCOT that operated from 1989 to 2007. In this simulator, riders were shrunken down and taken inside the human body. The ride system was very similar to Star Tours.

This brings me to my suggestion for a modernized version of this attraction. Just as Star Tours-The Adventure Continues has many different ride sequences, so would the new Body Wars. It wouldn’t be the same mission every time. This could range from studying how a virus affects the body and how the immune system responds to it to explaining kidney stones or blood clots. Truthfully, the possibilities are endless. The multiple storylines would make for a new ride almost every time riders return.

How about Horizons or 20,000 Leagues Under the Sea: Submarine Voyage, could they make a comeback?...