Have Walt Disney World Tickets Lost Value? Here's How Disney Could Fix That. 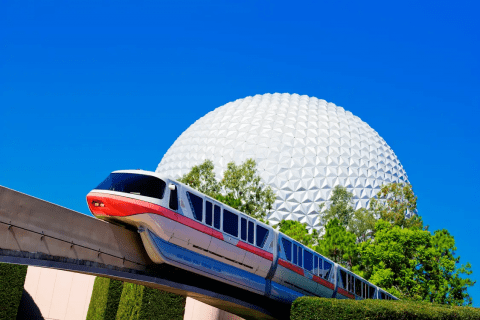 It remains a weird time to be a Disney parks fan…

On one hand, we are in a season where there are a lot of positives to celebrate at Disney parks. Capacity has increased, and pandemic restrictions continue to slowly reduce. Dining experiences like signature restaurants and buffets are returning. New attractions like Guardians of the Galaxy: Cosmic Rewind are nearing long-awaited opening dates, and classic rides that have been in much need of maintenance have been getting some love.

There are definitely some negatives, however.

While controversy isn’t exactly anything new for Disney, there has been an increased timbre of frustration among longtime fans of the parks. In response to the extended closures of 2020, Disney has surgically cut costs wherever possible throughout the parks, particularly at Walt Disney World—from the ending of free perks like the Disney Magical Express and MagicBands, to an increase in new upcharges like the controversial Genie+ system.

While there is a lot that Disney fans are frustrated about (we’ve covered some of these issues and potential solutions at length before), one of the biggest issues irking fans is a perceived decrease of value for a Walt Disney World ticket. It feels like even though prices have risen, you don’t get as nearly as much for the cost of admission as you used to. In everything from the loss of perks to diminishing quality in some experiences, the change has been noticeable.

We want to acknowledge that Disney has walked a very challenging line keeping their business afloat in the midst of a global pandemic. There’s no question that difficult budgeting decisions have needed to be made to maintain the integrity of the core Disney parks experience. Overall, Disney has done well navigating this.

As the threat of pandemic surges shift and revenue bounce back, however, one has to ask: will Disney take steps to restore elements of the parks experience that add value back into a ticket, or will these changes simply become part of their new business model?

We sincerely hope for the former and wanted to look at a few areas where Disney might be able to improve the perceived value of a Disney parks ticket with a few smart changes...

This is a huge one, and it’s a bit of a puzzler that Disney hasn’t done anything about it—park hopping remains unusually restricted at Walt Disney World.

For those unfamiliar, as of 2021, park hopping returned to Walt Disney World in a limited capacity. The main catch has been that guests with park hopper access have to start their day in whatever park they have a Disney Parks Pass reservation, and you cannot park hop until after 2PM.

While this was a workable solution in the midst of the pandemic, we are surprised Disney has not taken strides to expand park hopping hours beyond the 2PM window. While the Disney Parks Pass system remains in effect (which it might for the next few years), we understand the reasons behind having guests start in a specific park to manage capacity.

However, we do wish that Disney would at least allow park hopping a little earlier. Even moving the time back to 12 PM would be a step in the right direction. For Passholders in particular, the park hopping issue has remained a real bummer, and it seems like a very easy way for Disney to add some value back into tickets and annual passes.

2. Restore (some) perks that used to be free

One of the biggest moves Disney made to recoup lost revenue from the closures was cutting perks guests used to have access to for free. These included the closure of the Disney Magical Express (now replaced with a paid shuttle service), the replacement of Fastpass+ with the (hit-or-miss) paid services Genie+ and Individual Lightning Lane Access, and the elimination of free MagicBands.

While Disney’s cost-cutting moves are understandable to a point, there is no question guests would react favorably to seeing some perks restored or new ones added. Complimentary MagicBands are a major one—these have largely been replaced by the Disney MobileMagic feature on My Disney Experience which allows you to use your smartphone as a MagicBand.

While MobileMagic is a nice option to have in the event you can’t easily access a ticket card or MagicBand, a replacement for either it is not. Disney has increasingly relied on My Disney Experience as the primary tool for guests to interact with elements in the park. While the features of My Disney Experience are helpful, the app (as well as Disney’s in-park Wi-Fi) is notorious for battery drain. It doesn’t take a rocket scientist to guess that guests could end up in a frustrating predicament if something happens to their smartphone mid-trip.

While we don’t expect to see the return of a free Fastpass system, and it seems unlikely the Disney Magical Express with return anytime soon (though a train system from the airport remains a promising option), small perks like very basic free MagicBands are a very simple way Disney could improve guest experience and inject a little bit of the old magic back into the experience. You can currently go to guest services to request something like the old "Key to the World" cards, but these do take an extra trip to get. Cutting out the extra step might be a welcome move, even if its something guests can request when making their reservation.

Other perks that could potentially be restored include improving the overall speed of Disney’s transportation network, reducing costs for hotel guest parking, and expanding early hours for resort guests back to a full hour (instead of just 30 minutes).

It's interesting to compare articles on this site. :)

This article says:
"There’s no question that difficult budgeting decisions have needed to be made to maintain the integrity of the core Disney parks experience."

But in another article, Brian says:
"[Bob Iger and Bob Chapek] between them, those two men earned a combined $82 million in total compensation for one year’s work".

You know what would be a good budgeting decision? Not charging customers $15 a day for a service that used to be free while at the same time, giving $82 million to the CEO's!
I can understand a company cutting expenses, and maybe I can understand giving some of that money back to shareholder, but it's almost gross to charge guests more money and then giving that money to the CEO's.

But I agree that there are a lot of things Disney World could do at a low cost or free to add "magic". Like you said, empowering cast members to give out stickers or pixie dust doesn't cost the company anything... so why not do it?

And how much does it really cost Disney to make magic bands? Not to sound cynical, but don't they have the same buying power as Wal-Mart and can't they get the band for $1.00 each? If a family is paying $5,000 for a week-long vacation, Disney World can give them some magic bands for free.