New at Disney for 2022... Maybe! What's Planned For The Parks This Year, and What's Been Delayed Again 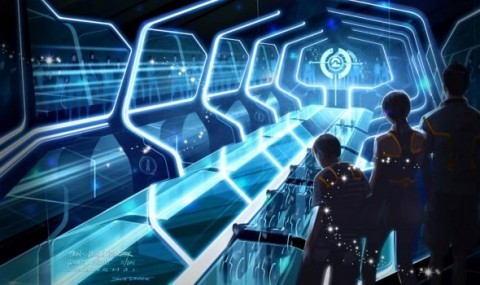 2022 is here, and it's bringing with it a few major milestone projects... and a whole lot of unknown. After all, Disney's still reeling from the COVID-19 pandemic and what it means long-term for theme parks. More to the point, it's pretty much scrambled Disney's once-airtight schedule of construction projects underway or promised for Disney Parks.

So just as we took a look at 10 coasters set to debut in 2022, let's turn our attention to Disney World where qutie a few spillover projects are finally readying for completion while several more get kicked further down the road.

Late last year, we took a look at What Opened (and What Didn't) at Disney & Universal Parks in 2021. Consider 2022 the sequel – a year of playing catch-up and of opening a host of projects meant for Walt Disney World's 50th Anniversary, but delayed, downsized, or paused. Today, we'll take a look at 5 substantial projects Disney's promised for the year... and another 4 that could be coming... But may not appear until 2023, 2024, or later... We'll leave this article locked as a "time capsule," so if you revisit it throughout 2022 or in the future, you'll be able to tell us what came to be and what didn't!

For most of 2021, the talk of the town has been Star Wars Galactic Starcruiser – a whole new model of immersive entertainment that's probably the riskiest, boldest, and most revolutionary project Disney's undertaken in decades. Bookable only as a two-day "cruise" through the galaxy with only the briefest glimpse of the outside world (a morning planetary excursion to Batuu), Galactic Starcruiser roused the excitement of Star Wars fans across the world... only to pop their bubbles with the pricetag: $5,000 per couple for a two-night journey.

To make matters worse, just about every "sneak peek" Disney has offered of the Galactic Starcruiser has earned scathing reviews from Star Wars fans. Though defenders suggest that a wave of trip cancellations and staggering availability during the Starcruiser's first summer is totally normal, some aren't so sure... There's a whole lot riding on Bob Chapek's high-roller pet project succeeding, so time will tell... Until then, check out our in-depth dissection of the good, bad, and ugly of the Starcruiser, and lock in your answer: do you think it'll be a blockbuster or a bust?

2. Guardians of the Galaxy: Cosmic Rewind

While we don't yet have a specific opening date for Guardians of the Galaxy: Cosmic Rewind at EPCOT, but for most Disney fans, just hearing "Summer" is a relief. For at least the last few years, fans have debated whether Guardians or Magic Kingdom's TRON would open first, or if Disney would somehow have them both debut on October 1, 2021 for the resort's 50th Anniversary. Ultimately, neither made it in time for the "Most Magical Celebration on Earth," but confirmation that Guardians is opening is a very good thing.

Like nearly every Marvel project to come out of Imagineering, Cosmic Rewind isn't without controversy. Replacing the Lost Legend: Universe of Energy, it's the first of Future World's once-encyclopedic pavilions to basically throw up its hands and decide not to focus on an area of industry, technology, or science at all. From what we know, it'll be an "Other-World Showcase" pavilion, set up as a tech expo from the planet Xandar. Guests will visit a "Galaxarium" before stepping aboard a spinning, family "story coaster" launching them back in time to the Big Bang (probably to see when the Marvel Cinematic Universe's Infinity Stones were created).

Cosmic Rewind is sure to be a rock 'n' rolling good time with all the music, humor, and fourth-wall-breaking you expect of Star Lord, Gamora, Drax, Rocket, and Groot. Whether or not EPCOT is the best place for it is a dead horse not worth beating.

In the 2010s, Disney spent upwards of a billion dollars (we're talking "build-a-whole-new-theme-park" money) on a tech rollout initiative called MyMagic+. The project was meant to imbue the entire Walt Disney World Resort with a centralized, interconnected infrastructure – a daunting task given the property's dissimilar parks, hotels, and ticketing & reservation systems cobbled together over the '70s, '80s, '90s, and 2000s.

For guests, MyMagic+ was embodied by the MagicBand – simple, RFID-equipped silicone wristbands that centralized a guest's admission media, room key, FastPass+ reservations, PhotoPass, and other identifiers in a low-cost wearable sent free to any Disney Resort Hotel guest. By the 2020s, MagicBands had done their job by bridging the gap to widespread smartphone use. On January 1, 2021, Disney officially stopped sending MagicBands free to guests (but MagicBands can still be purchased, and they still work just the same as always).

The debut of the "MagicMobile" service in 2021 added another option, with guests' smartphone wallet or even smart watches serving many of the MagicBand's functions. That's what made it even more surprising that in September 2021, Disney announced MagicBand+ (above). The "upgraded" bands will keep all the same functionality, but add a few more. Embedded LEDs will react at in-park touchpoints (including the "Golden 50" statues) and "Glow With the Show." The MagicBand+ will also add interactivity to Galaxy's Edge.

At the same time, Disney announced a wider partnership with Amazon that will see Disney Magical Companions (basically, reskinned Amazon Echo Shows, above) dispatched to all 36,000 hotel rooms on Disney property. The customized, in-room personal assistants will come preloaded with a custom operating system and a unique, Disney-curated personality. Waking the device with a verbal "Hey Disney" will allow guests to ask questions about park hours, hear from characters, learn bus schedules, play Disney music, and even order extra towels or pillows. (Privacy concerns with a camera-enabled in-room Amazon device, we're told, will be met with many privacy controls.)

Frankly, Disney's not exactly at the top of the game when it comes to technology. We kind of doubt that an Amazon device will be able to tell you how many minutes it'll be before the next bus from Port Orleans to Magic Kingdom given that the best guess Disney itself can give is "about every 20 minutes" with no real-time tracking. Similarly, will Disney replace all 36,000 devices every five years or so as they'll doubtlessly need? We'll find out soon, as Disney Magical Companions are set to roll out in 2022...

Opened in 2006, Finding Nemo – The Musical at Disney's Animal Kingdom was a true Disney World treasure. Bucking the trend of 20-minute screen-to-stage adaptations at theme parks, the show was a full 40-minute Broadway-style endeavor (matched only by California Adventure's equally-ambitious Aladdin – A Musical Spectacular). The first Pixar film to be retroactively turned into a musical, Finding Nemo included songs written by husband-and-wife duo Bobby Lopez and Kristen Anderson-Lopez (then best known for writing songs for Avenue Q and The Book of Mormon; today, beloved among Disney fans for writing the songs in Frozen and WandaVision).

Like most entertainment at Walt Disney World, the wildly popular Finding Nemo: The Musical stayed dark after the parks re-opened during the COVID-19 pandemic in June 2020. Even as stage show offerings returned to the parks in modified forms, Finding Nemo didn't. In September 2021, sources reported that the show was closed permanently and would never return. In response, Disney announced that Animal Kingdom's undersea musical would return, but in modified form.

Finding Nemo – The Big Blue... and Beyond! is set to launch in 2022. While little is known about the show (and how it'll differ from its predecessor), it's likely that Disney's using the relaunch to downsize both the show's runtime and its expensive cast. We'd expect the new show to be a little closer to 25 minutes than 45 (with the show ending just as elementary schoolers get restless) and, more than likely, to replace some performers with puppets or projections to keep the show's costs down. To date, Animal Kingdom's Theater in the Wild still displays faded posters for the show that hasn't shown in 2 years, so let's hope things are progressing out of guests' view.