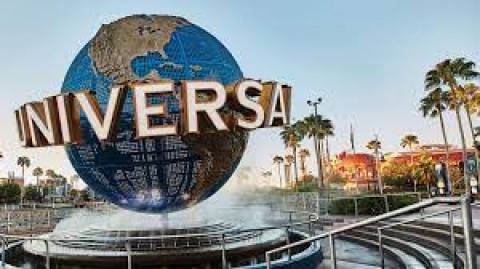 Here at Theme Park Tourist, we’re always looking to see the parks we love in new ways. Now, listen, comparing parks? It’s no easy business. There’s no end to the “Disneyland vs. Disney World” debate, or the “Disney vs. Universal” debate. Instead, we’re big proponents that parks should learn from each other’s successes! That was the reason for our look at 16 Disneyland Exclusives that Should Make Disney World Fans Jealous, and the opposite – 16 Disney World Exclusives That Should Make Disneyland Fans Jealous.

Most theme park fans probably agree that at the end of the day, Disney Parks are special places; pretty agreeably, “the best of the best.” But if you think you’ve got nothing to learn, you won’t learn anything. So today, we want to honestly and sincerely look at 12 Universal Orlando Exclusives That Should Make Disney Parks Fans Jealous. These 12 rides, attractions, experiences, decisions, and differences that make Universal Orlando an incredible, astounding, and amazing destination that even Disney could learn a thing or two from…

Look, you can be as much of a “Disney purist” as you want – the pretty objective truth is that Universal’s Islands of Adventure is an absolutely amazing theme park. When it opened in 1999, the “second gate” that officially transformed Universal Studios Florida into the multi-park Universal Orlando Resort (naming snafu aside) was commonly talked about as Universal’s first attempt to break out of “studio park” mode and build something “more Disney.”

But even Disney has never produced something quite as bold as Islands of Adventure. Think about it… Not only was the park the birthplace of the “IP land” – it was also brave enough to avoid dedicating those lands to flavor-of-the-week, blockbuster box office properties. In fact, each of the park’s lands is rooted not in movies, but in something much more powerful: stories. From the picture book worlds of Dr. Seuss to Jay Ward’s Sunday funnies; the eternally-saturated comic book panels of Marvel super heroes to ancient myths and legends. Yes, even Jurassic Park and Hogsmeade started as places seen in novels. Think of it more as a library than a video store.

The park’s physical setup (often referred to as the “Islands” layout) sets each of these literary worlds down around a central lagoon, with bridges over the Great Inland Sea serving as “flash cuts,” instantly snapping guests between incredibly different worlds. Instead of feeling lazy or messy like it could, it feels smart. If Disney were ever to build a third park in Anaheim or a fifth in Orlando, the “Islands” concept would serve it well, allowing Disney to set down worlds of Star Wars, Frozen, Indiana Jones, Monsters Inc., and Avatar together.

But even then, Islands would remain unmatched. A theme park that’s not focused on movies, but dedicated to intergenerational, timeless stories? In this economy?! Can you imagine Disney doing the same? Even Universal has re-used the “Islands” layout at its parks in Singapore and Beijing, but each has reverted back to movie-themed lands (Transformers, Shrek, Madagascar, Despicable Me, Jurassic World, etc.) which, frankly, make them “Island” parks in layout, but “Studio” in spirit, leaving Islands of Adventure a one-of-a-kind creation that we should admire, celebrate, and protect at all costs.

2. The Amazing Adventures of Spider-Man

We couldn’t get far on a list of Universal’s must-try offerings without mentioning the ride that remains the envy of Disney Parks fans across the globe – the Modern Marvel: The Amazing Adventures of Spider-Man. Made possible by Universal’s ironclad, exclusive licensing of Marvel’s comic book heroes (long before Disney owned Marvel, before the “MCU” dominated the box office, and even before 2002’s Spider-Man film starring Tobey Maguire), the ride feels like “the one that got away” for Disney fans. And for good reason.

The ride sets guests down in the steaming, oversaturated, comic book streets of New York, where Doc Ock and the villainous Sinister Syndicate have used an Anti-Gravity Cannon to steal the Statue of Liberty. With his reporters throwing in the towel, the Daily Bugle’s J. Jonah Jameson recruits hapless tourists (that’s us) to take to the streets in a prototype off-roading, news-gathering vehicle (the “SCOOP”) to get to the bottom of it and capture the headlines.

When The Amazing Adventures of Spider-Man opened in 1999, it was a groundbreaking, jaw-dropping, revolutionary attraction the likes of which had never been seen before. Composed of a roving, rotating, motion-simulating ride vehicle passing through physical sets perfectly blended with 3D screen-based animation, the ride was a gigantic leap into the 21st century. (It’s informed just about every modern Disney and Universal E-Ticket ride to follow… arguably, even a few too many modern rides amount to Spider-Man spin-offs.)

But even twenty years later, The Amazing Adventures of Spider-Man feels like the magnum opus of Universal’s ride collection; certainly, still among the pantheon of modern dark rides on the planet. It’s action-packed, explosive, in-your-face, oversaturated, surprising, thrilling, and – most importantly  – really, really fun. More to the point, it’s a picture-perfect encapsulation of the joy and vibrancy and color superheroes are supposed to be about; a mark that Disney’s own, very different Spider-Man ride arguably doesn’t quite hit.

Okay, so, Universal Express isn’t an attraction or experience per se, but listen.The Genie+ service at Walt Disney World is a ticket add-on that gives guests the opportunity to book return times at most popular rides and attractions at a Disney Park for $15 per person, per day. Not-so-surprisingly, Genie+ is a thinly-veiled relaunch of Walt Disney World’s once-revolutionary (and always complimentary) FastPass and FastPass+ program.

Like so many aspects of Walt Disney World post-2020, it’s been transformed into an upcharge, add-on service without really improving its usefulness (and in fact, paying to access the once-free FastPass service now omits the two most popular rides at each park, for which “Individual Lightning Lane” entry must be purchased a la carte for $7 to $14 per person. Yeesh!). The very fact that Genie+ costs money makes it a little easier to compare Disney’s apple to the orange that is Universal Express.

To be clear, Universal’s line-skipping system generally costs about ten times as much per day as Disney’s… but the premium price yields a premium product. We dedicated an entire feature to comparing Genie+ and Universal Express, and while it’s true that both systems have their respective audiences and usefulness, our Facebook fans left no question that Universal Express is more worth the money in its stress-free, tech-free, VIP results. It’s possible that Express would’ve been a far, far better way for Disney to go than to merely charge for what used to be free and seeing Lightning Lanes sell out first thing in the morning.

It should also be noted that hotels in Universal’s highest-priced “Premier” tier automatically include Universal Express Unlimited – a value of at least $100 per person per day. That’s an almost outrageously luxurious “giveaway,” especially considering that Disney’s equivalent tier – ”Deluxe” hotels – regularly cost twice as much per night… and don’t even include the $15-a-day Genie+ service!

4. Revenge of the Mummy

The Modern Marvel: Revenge of the Mummy is, in many ways, a time capsule for Universal. Opened in 2004, the ride represents the company’s New Millennium commitment to keeping their “Studio” park up-to-date with hot films even at the expense of classics… but it also came before Universal’s infamous overreliance on screens. It’s tactile; physical; real. Sure, nearly twenty years later, it seems a little silly that the ride was billed as “the world’s first psychological thrill ride.” (At least on paper, it’s a fun, family roller coaster mixed with an impressive dark ride and some really great surprises.) But at the end of the day, Revenge of the Mummy is absurdly fun.

On board, guests journey deep into the tomb of Imhotep (except it’s actually a movie set? Or something? Okay, it’s complicated) only to be terrorized by mummies, flames, scarabs, and more. The ride includes animatronics, on-board audio, dead ends, turntables, backwards motion, unexpected stops, fire effects, a twisting roller coaster section, and an uphill launch into the open mouth of the Mummy himself.

While the Amazing Adventures of Spider-Man could easily fit into Disney Parks with a few tweaks, Revenge of the Mummy… could not. “Imagineering aficionados” easily pick apart the ride’s somewhat nonsensical narrative, it’s fourth-wall-breaking moments, and its abstract middle act that would make the “Disco Yeti” want to breakdance. But at the end of the day, Revenge of the Mummy has pure “we-gotta-do-that-again” joy. So while it may not be a ride that could easily be transplanted to Disney’s Hollywood Studios, Disney Parks fans should surely put it on their list of things worth making the trip up the I-4 to see… and be glad that distinctly-un-Disney rides like this exist in Orlando to begin with.