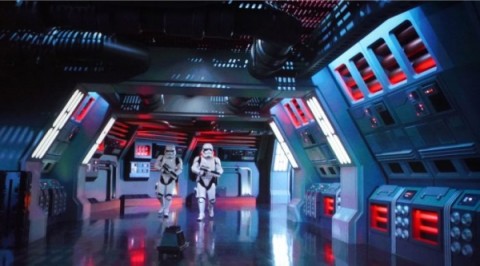 Star Wars: Galaxy's Edge has been a huge hit with fans and parkgoers alike since it opened its doors at both Disneyland and Disney's Hollywood Studios. This themed land offers eateries, stores, characters, props and two signature attractions, Millennium Falcon: Smugglers Run and Star Wars: Rise of the Resistance.

And at Walt Disney World, next year will see the arrival of Star Wars: Galactic Starcruiser, a two-night interactive experience that immerses guests into their very own faraway galaxy experience. So, with Star Wars constantly evolving - both in and out of Disney World - what other new experiences might we get?

It's fair to say that Character Experiences are running a little thin at Star Wars: Galaxy's Edge lately, which is largely due to the ongoing COVID-19 pandemic. Ever since Character Greetings were indefinitely put on hold, guests haven't really been able to enjoy seeing their favorite heroes in the same ways they were used to previously. And while there are still a number of ways for you to see some Star Wars characters at the themed land, we think it's high time that Disney World steps things up a bit and makes this a priority going forward.

Currently, you can see quite a few characters here and there, whether it's the likes of Dok-Ondar at his antique store, or in-ride characters on Star Wars: Rise of the Resistance, such as Rey Skywalker, BB-8, Poe Dameron, General Hux, and Kylo Ren. And while we understand that the land is themed around the sequel trilogy era (something we'll also touch upon in this article), the Star Wars universe is teeming with characters, so there's really no excuse for Star Wars: Galaxy's Edge not to follow suit!

While it's only been just under three years since Star Wars: Galaxy's Edge first opened, we think it's already time for a new attraction - even if there are others outside the themed land such as Star Tours - The Adventures Continue. Let's face it, a Star Wars-themed land should have more than just two attractions, and though we also appreciate that churning out such experiences isn't easy, the themed land needs to be a bit more ambitious!

Sure, Star Wars: Galactic Starcruiser is coming up, but that's not really an attraction. So what else could there be in the world of Batuu? Well, take your pick! Again, we must remind ourselves that this world orbits the Star Wars sequel trilogy era, but there are still plenty of moments throughout The Force Awakens, The Last Jedi and The Rise of Skywalker that could be adapted into the themed land!

I know the topic of Galaxy's Edge has been argued over and over for the past 3 years, but here's my thought:
I think I Disney dropped the ball with Galaxy's Edge, especially by setting it during the sequel years. Yes, I understand that Disney paid $4 billion for LucasFilm and Star Wars and they wanted to show off their new toys. But setting Galaxy's Edge after the original series would be like Universal Studio setting the Harry Potter land during "Fantastic Beasts", simply because "Fantastic Beasts" is newer.

If you go to Universal's Harry Potter land, Hermione casts a spell on you and you fly with Harry Potter! Yay!
In Galaxy's Edge, you can fly the Millennium Falcon! Yay!
But you go on a mission for Tanako Hondo? Who?
And you need to collect coaxium? Huh?

I think Smuggler's Run would be a 1000% better if you went on a mission for Han Solo and Chewbacca. How much would it have cost Disney to get Harrison Ford to record a "training video" (like how Gary Sinise did the training video for Mission: Space). Star Wars fans won't care that Han Solo is 75 years old (or that he died in The Force Awakens).

One of the things that made the original Star Tours so much fun was that you joined an X-Wing squadron to attack the Death Star. Then in the new version, you escape Darth Vader, you get a mission from Yoda, and so on.

And it's interesting to see how Disney is bringing their IP's into the parks (Frozen at Epcot's Norway, Guardians of the Galaxy in the old Universe of Energy), yet they created all-new characters for Galaxy's Edge.
Why couldn't they use Luke, Han, Leia, Chewbacca, and the other characters from the original movies?