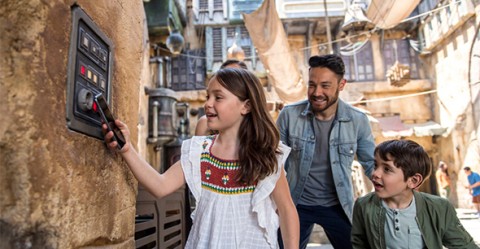 The hunt is on!

In the midst of an unprecedented season of change at Disney parks, guests are more than ever looking for ways to add magic to their vacations without emptying their wallets. The cutting of perks and arrivals of new upcharges like Genie+ has put a severe strain on trip budgets.

We’ve said it before—with some creativity, you don’t necessarily need an upcharge to upgrade your vacation. While there are many ways to do this, one of our favorites is to put together your own Walt Disney World scavenger hunt.

Scavenger hunts are fun on the best of days, but Disney parks are a truly special place to take one on. Disney is well aware of this—they’ve offered a number of their own over the years, both as ongoing offerings in the parks (like Kidcot booths, Wilderness Explorers, and most of the activities in the Star Wars Datapad game) and as part of special events like the Epcot International Food and Wine Festival.

Whether you’re a veteran parkgoer or are looking to add a fresh element of fun for your family to enjoy on your vacation, putting together a scavenger hunt can make for some incredible memories. Party members can compete against one another (you can even introduce prizes into the mix if you like), you can co-op a hunt together, or take one on solo (a real treat for photographers).

We’ve offered some ideas for a Disney parks scavenger hunt before, and while all of the challenges from that list still hold (some will show up again here), we wanted to offer some new ideas considering ongoing changes at the Most Magical Place on Earth. Take whichever ones you think will be fun for your family, then come up with a few of your own!

All Around the World

Plans for your particular Disney visit will play an important role in setting up your Walt Disney World scavenger hunt. Passholders who frequent the parks may have flexibility to plan an elaborate list of challenges while families visiting from abroad may want to keep things light, integrating the scavenger hunt into their pre-existing touring plans.

Magic Kingdom is Disney’s most popular park, as well as its most attraction-heavy one. You could easy get very, very creative with a scavenger hunt here, but keep in mind that the high number of rides you may want to visit will limit time to dedicate to your hunt. Creativity is encouraged! Here’s a few ideas:

Epcot is a particularly nice park for a scavenger hunt—it’s already designed for wandering exploration, and it is full of unusual experiences and hidden corners perfect for those who want a challenge. Here are a few possibilities: