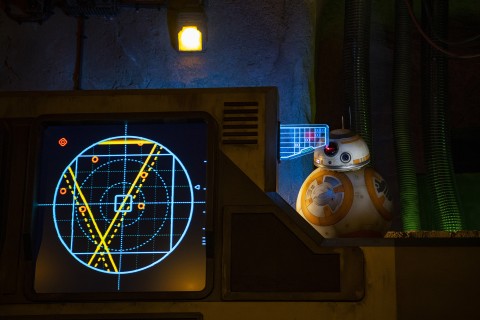 A little old-fashioned know-how can prove worth its weight in gold… or money saved on your next Disney vacation.

Lightning Lanes have arrived at Walt Disney World—Disney’s replacement for Fastpass+, accessible only through the new paid services Genie+ and Individual Attraction Access. For longtime fans of free Fastpasses, the change has been a disheartening one, and it’s hard not to feel like the arrival of yet another bundle of upcharges has sucked more magic out of the Most Magical Place on Earth.

Disney’s new Lightning Lane system is far more complex than FastPass+, dividing paid access to attractions into two different services. Guests can access Lightning Lanes for most rides by purchasing the new Genie+ service for $15 a day—but the catch is Genie+ won’t get you onto Disney’s most popular rides. Each park has two rides that require “Individual Attraction Access”—basically, you have to pay extra to access Lightning Lanes for rides like Star Wars: Rise of the Resistance, Avatar Flight of Passage, and Seven Dwarfs Mine Train.

It’s all a bit of a pain in the wallet…

While there are occasions where purchasing Genie+ or Individual Attraction Access may be worth it (such as if you’re visiting out of town for a once-in-a-decade vacation), many guests are rightfully looking for ways to avoid inflating their trip budgets just to play into Disney’s latest cash grab. Is it possible to still have a magical Disney vacation without dishing out for Lightning Lane access?

You bet your blue milk it is… Here are the best ways we found to conquer a Disney day without paying for Lightning Lane access.

This is longstanding advice, but it goes double now that Genie+ is here—smartly timing your Disney trip is crucial.

Few things have a more profound effect on the amount of time you will spend in line than what time of year you visit Walt Disney World. The difficult truth is that there are certain times that no strategy is going to prevent you from spending a staggering amount of time in lines at Disney parks. These are the busiest days all year at Walt Disney World, and the chances of you not caving to purchase Genie+ in the midst of peak crowds may run pretty thin.

The worst of these include:

On the flip side, there are still times of the year when crowds thin out. While empty park days have become harder to find than during the pandemic, there are still seasons that reliably draw only moderate crowds. In general, these break down into the following categories:

Timing your Disney trip to land during lighter seasons at Walt Disney World will increase your wiggle room to use strategy to reduce your time in standby lines. Guest experience overall tends to be improved during these less stressful seasons, and the margin of time spent in line between those who purchase Genie+ and those who don’t will likely be smaller.

2. Learn crowd patterns in each park

Most Disney trip-hacking wisdom comes down to one idea: do the opposite of what everyone else does.

Just like you can reduce time in lines by visiting Disney during the off-season, you can also do the same by learning what patterns crowds follow in each of Disney’s parks.

This isn’t necessarily the exact science it used to be—a lot has changed at Disney parks since the pandemic arrived. Some trends remained steady, such as the way most guests tend to tour Magic Kingdom starting in Fantasyland or Tomorrowland then travel from ride-to-ride in a sort of reverse question mark shape (you can save time at Magic Kingdom just by deviating from this). Epcot also continues to grow busier on weekend evenings.

Other crowd trends tend to be seasonal, however. Both special events and major attraction openings can have dramatic effects on crowd levels (such as we saw with the openings of Avatar: The World of Pandora and Star Wars: Rise of the Resistance). Staying aware of these changes can help you plan the course of your trip as well as determining which strategies to try for which parks.

Probably the most valuable trends to make yourself aware of are what rides tend to draw crowds at which times of day. For example, each of Walt Disney World's four parks have specific attractions that draw large crowds first thing in the morning. In some of these cases—such as we’ve seen with Mickey & Minnie’s Runaway Railway and Star Wars: Rise of the Resistance—wait times might decrease dramatically as the day goes on compared to that initial rush. By educating yourself and resisting FOMO, you can reduce time spent in line by waiting for later in the day.

The best way to learn about current crowd trends is to use resources available online. While you could just track wait times yourself on the My Disney Experience app, websites exist that track these trends for you—both in the form of recent trip reports, as well as in detailed charts. Note what time of day specific ride wait times peak, then avoid those highest waits when planning your itinerary. Speaking of which…