Everything We Know So Far About Shanghai Disneyland's Zootopia 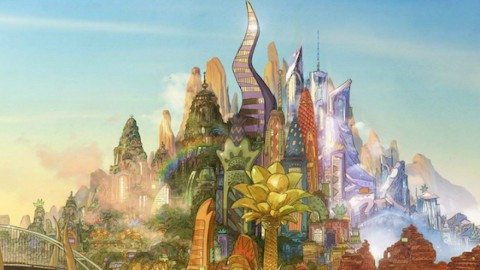 In fact, it even went on to become the highest-grossing animated film of all time in China (it has since been overtaken). But that's enough about the movie (although we do love it heaps!) - let's talk about the new land that's coming to life at Shanghai Disneyland Resort. Here's everything we know about the 'real' Zootopia...

However, last year, aerial views of the themed land were shared on social media (see above). It's clear from the image that the area is pretty huge, which is pretty standard for a themed land, as the likes of Toy Story Land (also at Shanghai Disneyland Resort) aren't exactly small! It also dwarfs the Enchanted Storybook Castle!

Very little is known about what kind of eateries we can expect at Zootopia, but a concept art image that was previously released by Disney does include Jumbeaux's Cafe, as seen in the 2016 film. Let's just hope those elephants have gloved trunks when they make us ice cream!

Other eateries are unknown, but as for entertainment venues, whether they're indoors or outdoors, it sounds like a lot is happening. At this week's Disney D23 event, an image of yet another one of Zootopia's audio-animatronic was revealed in the form of 'Mystic Springs' owner Yax. Whether or not these models form part of entertainment venues or attractions is unknown, but they look incredible either way.