Should You Trust Disney's New Genie Service to Plan Your Day at the Parks? We Tested It Out To See... 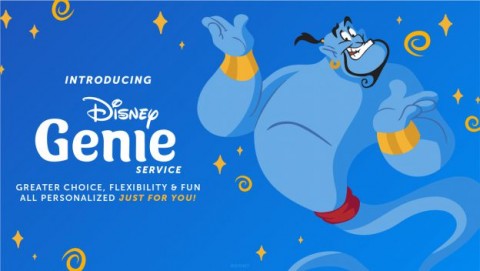 Hidden in the midst of these shifts, Disney slipped in a curious update to the My Disney Experience app: an automated itinerary planner and virtual assistant called Disney Genie.

Despite the name similarity, Disney Genie is a completely different animal from Genie+ (yes, keeping track of all these new names is difficult). Unlike Genie+, Disney Genie is a free service available to all guests—a sort of virtual assistant designed to help guests plan their Disney days with real-time knowledge inside the parks.

According to Disney’s website, Disney’ Genie can help create “your best Disney day inspired by your party’s top interests. It also grants you new planning features, including a personalized itinerary creator that seamlessly and smartly maps out your visit with updates that continue from morning to night. And, Disney Genie can even remind you when you’re eligible to make dining and activity reservations in advance.”

Needless to say, these are some high aspirations—essentially, Disney attempting to do in-house what services like Touring Plans and other Disney experts have been doing for years.

I will admit, as someone who writes regularly about Disney trip advice, I was skeptical Disney could pull off such a magic trick. Most expert advice for visiting Disney parks surrounds a common theme: do the opposite of what everyone else is doing. By that logic, my own instincts would be to do the opposite of whatever Disney Genie told me to do, assuming it was giving every other guest in the park similar advice. Could Disney actually pull this off though--produce a service that could actually spread guests out smartly across the parks?

We decided to put Disney Genie to the test to see if it could stand up to its lofty claims. The results were interesting to say the least…

Should you trust planning your Disney day to Disney Genie? The answer may not come as too much of a surprise…

Like most things Disney does, Disney Genie certainly looks sharp at first glance. People love a good interests quiz, and the app does its initial groundwork well, offering a satisfying squirt of serotonin as it asks what attractions and experiences you’re interested in, as well as general experiences you may enjoy like thrill rides or character encounters. The quiz was thorough enough, it definitely piqued my curiosity if the service might prove a legitimately useful tool for visiting the parks.

The app quickly produced a list of recommendations for potential experiences to start with. I was encouraged to see that some of these initial suggestions were sound choices. More often than not, Disney Genie’s recommendations included at least one option on the list that was either a smart choice or at least a reasonable one. For example, when we tested it at Magic Kingdom, it quickly recognized the magic combination that Pirates of the Caribbean, an attraction on our list, had a uniquely low wait time.

While Disney Genie did offer a few quality suggestions, these were consistently accompanied with other choices that made little sense. In most cases, these were either attractions on our list that had high wait times (that we knew would be lower at other times of day) or attractions and restaurants that weren’t part of our list—some of which were truly strange choices. In many cases, when we tried to swap these unwanted experiences out, Disney Genie couldn’t compute any helpful alternatives.

I’m a big fan of giving guests some level of choice on the fly when touring Disney parks, particularly for those who don’t want to follow a strict itinerary. The problem is Disney Genie’s recommendations felt less like trustworthy advice and more like flinging noodles against a wall to see what might stick. As a seasoned parkgoer, I knew what to trust and what to ignore, but I wince to think what a first-time guest might experience following Disney Genie’s too-ambiguous advice only to end up in a long queue that could have been avoided or fumbling onto a ride that doesn’t match their interests.

How Could They Fix it?

Disney Genie felt like it fails to deliver on its most basic promise—a trustworthy itinerary generator that uses real-time knowledge to guide guests through the parks. The itinerary interface was confusing and difficult to update, and while it did offer a few good suggestions, the majority of its recommendations either didn’t follow common sense or had nothing to do with our interests. Disney may need to continue developing their algorithm for producing recommendations, and it may also be helpful to put suggestions that don’t align with the party’s interest in a separate section.

Very interesting take here! My brother and I created MyBDD - "Best Disney Day" - and it has a similar angle to what Disney was doing with their Genie tool. We honestly think that our app provides more accurate feedback and help when planning for a Disney trip with families. While we don't charge for fast passes or anything, we do have the ability to route people most effectively through the park based on their ride preference or the desire to save steps - plus many other features! Hopefully more folks will try our app and let Best Disney Day grant all their wishes!

Thanks for the recommendation, Reid! I'd not heard of your app, but I'm glad to hear there are some viable alternatives to Disney Genie. I may check it out myself some time in the future. Thanks for reading. : )