The Best Rides Based on Classic Disney Movies 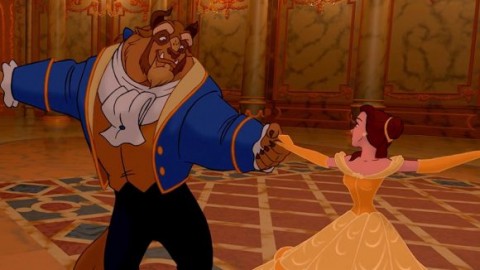 Disney Park attractions can be based on many things, but it's fair to say that the world of film is the biggest source of inspiration, whether they're of the live-action, CG, stop-motion, or animated variety. But seeing as our favorites are the animated kind, we've decided to handpick the very best rides based on traditional Disney movies that span Disney Parks all around the world. Even if your favorite ride hasn't made this list, we're sure one of your favorite Disney movies has! So here are the best attractions based on classic Disney animated movies...

Just like the novels by A. A. Milne and the classic animated movies they inspired, The Many Adventures of Winnie the Pooh is a charming affair. Hop aboard a Hunny Pot and enter Hundred Acre Wood, where you'll meet all of its warm and welcoming residents as you go, such as Eeyore, Piglet, Tigger, and the silly old bear himself, Winnie the Pooh. While the models aren't necessarily state-of-the-art or even audio-animatronic for that matter (though identical and impressive nonetheless), you'll still feel like you're moving through the colorful pages of one of Milne's books. In fact, you'll also see plenty of the pages as you go - just don't bother trying to read them, as you'll be too busy living them!

Peter Pan's Flight is the celebration of all things imagination and captures the heart and soul of the 1953 film, which was based upon the classic children's book by J. M. Barrie. It's also identical to look at, as these animatronics look like they've been plucked right out of the animated feature itself. After boarding a magical Pirate Galleon, you'll sweep over a beautiful Victorian London skyline before discovering the tropical island of Neverland. You'll see plenty of familiar faces too - some of them welcome, like Pan and Wendy, and others not so much, like the evil Captain Hook (who will make you shiver your timbers!).

If you're looking for an attraction that's perhaps a bit more lively, then look no further - or deeper - than The Little Mermaid - Ariel's Undersea Adventure. You'll feel like you've dived into the 1989 film as you enter Ariel's watery realm where you'll discover singing and dancing sea creatures, wicked sea witches, and watch as Ariel and Eric's love story unfolds from start to finish. And yes - you even get to see him "kiss the girl!" Meet Sebastian, Ursula, Flounder, King Triton, and many more magical inhabitants of the deep as you explore this rich underwater kingdom. Needless to say, down where it's wetter, it really is better!