6 Disney Parks Classics The Muppets Should Visit Next... 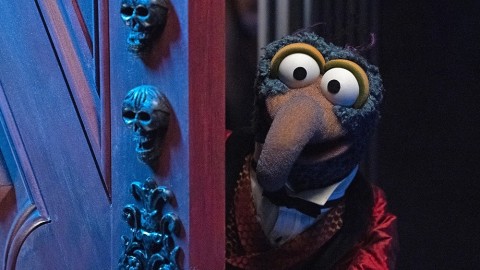 The Muppets and Disney feel like a match made in Heaven. At least, that's how their creator – Jim Henson – must've seen things when he began the process of selling his beloved troupe of puppets to the company in 1990! Even back then, Disney Imagineers ran rampant with ideas for how Kermit, Piggy, Gonzo, Fozzie, Rizzo, Rowlf, and hundreds of other weirdos could make their way into Disney Parks via a never-built Possibilityland: Muppet Studios! But of course, Jim Henson's unexpected death that year froze the partnership for good...

It wasn't until 2004 that Disney finally acquired The Muppets – a bucket list item for then-CEO Michael Eisner months before he stepped out of the company. Unfortunately, that acquisition was pretty quickly overshadowed by Pixar, Marvel, and Star Wars, leaving the old-fashioned Muppets mired in the middle of a rapidly-inflating entertainment company's IP-obsessed era. Films and television shows starring the troupe were met with various levels of critical and financial success, but even still, it was clear that Disney just wasn't quite sure what role the Muppets played in the modern world...

Muppets Haunted Mansion appears to have been the kind of spark the Muppets deserve: a delightful (if niche) television-length Disney+ special that finally embraces Disney's ownership of the brand by plopping Gonzo and Pepe into the middle of a beloved Disney ride. Drawing deep from the lore of both the attraction and the characters, Muppets Haunted Mansion was warmly received, even if it clearly lacked the budget and scope of a big-screen feature. And that got us to thinking... What other crossovers with Disney Parks classics might become the Muppets' next big streaming hit? Here are a few of our ideas... but what other rides would you like to see adapted into Muppet specials?

6. The Muppet Tower of Terror

If there's one thing we wish Muppets Haunted Mansion offered more of, it would be the chance to wedge all of the Muppets together into a haunted place where they could get picked off one-by-one, And Then There Were None style. While Gonzo and Pepe surely standout as comical stars, half the fun of the Muppets is seeing the colorful cavalcade of characters continuously undermine each other's solutions to problems and all the conflicts and conversations that arise. One place that would rachet up that action? The Hollywood Tower Hotel.

Imagine the Muppets convening on the once-grand hotel on Halloween night for its grand re-opening banquet at the Tip Top Club... Kermit and Piggy for a romantic stay in the Honeymoon suite; Fozzie to cover supposed hauntings there; Dr. Honeydew and Beaker as paranormal investigators; Swedish chef as a caterer; Electric Mayhem as the club's headliner... Somehow, a Muppet Tower of Terror feels like the perfect way to bring all the characters together on a "dark and stormy night" – and one packed with celebrity guest stars eager to see and be seen inside the legendary icon of Tinseltown on its grand re-opening.

What mysteries and music might await in the Muppet Tower of Terror? One thing we know for sure: it would be good.

If the Muppets work best when they’re together as one big, loud, chaotic troupe of clashing personalities with heartfelt moments in between, there seems no better place to bring out those extremes than the romantic rivers of the Jungle Cruise! In fact, there's something so "right" about the image of a Jungle Cruise boat packed with the colorful Muppet crew, binoculars in hand and ready for a globe-trotting, travel-by-map safari.

Both the beauty and the difficulty of adapting the Jungle Cruise is that it’s already funny, and has some of the most engrained-in-pop-culture setups of any attraction anywhere. Frankly, it’s hard to beat the perfectly-staged setup of the “trapped safari” or the Elephant Bathing Pool. If anyone could do it, though, it’s the Muppets, whose commentary on the famous foibles of the Jungle Cruise would no doubt give any Skipper a run for their money.

Given that Disney's own big-screen Jungle Cruise film is still so fresh in the world, it's probably unlikely that the company would return to the Jungle Cruise and restage many of its famous scenes again. Double-dipping into the content pool so quickly might give viewers a little too much deja vu. But at least in theory, Disney ought to file this one away for resurrection someday, because seeing Miss Piggy react to the "circle of life," Animal stalk through the jungle underbrush, or Swedish chef cook up fresh-caught piranhas is just too much fun.

Among the library of the Muppet Show’s most legendary recurring skits, few are as beloved as “Pigs in Space” – the variety show’s spoof of the sci-fi space operas of the ‘60s and ‘70s. Following Captain Link Hogthrob, First Mate Piggy, and Dr. Julius Strangepork aboard the starship Swinetrek, the sketch is filled with Star Wars send-offs, light-up computer stations, sequins space suits, Space Age melodrama. (A season 4 episode actually co-starred Mark Hamill and the real C-3PO, R2-D2, and Chewbecca… a pre-Disney collision of The Muppets and Star Wars!)

There’s a reason that “Pigs in Space” looks drawn from the same cloth as Space Mountain… it is! In fact, Star Wars, Space Mountain, and “Pigs in Space” all debuted within the same six-month period in 1977 – when flashing computer consoles, sleek white space stations, and monumental ‘70s architecture really felt like the future.