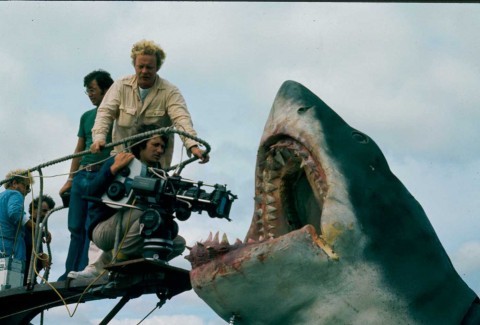 Steven Spielberg's 1975 classic discouraged an entire generation of people from getting in the ocean, and to date is still a pretty effective film, reminding us that large gliding monsters live beneath the glassy surface of the ocean. Jaws spawned three sequels and, ahem, 'waves' of merchandise, but thankfully, there doesn't seem to be any more installments on the deep blue horizon. But should the now-defunct Orlando attraction undergo a modern revival?

We're not suggesting anyone should deconstruct Harry Potter and the Escape from Gringotts - the hugely popular attraction that replaced Jaws The Ride - but we do think Amity Island deserves a new spot on the resort's map. And seeing as nothing appears to be happening on the silver screen, why not revitalize Jaws for a new generation at Universal Studios instead? Just when you thought it was safe to go back in the water, here's how Universal could bring back Jaws...

Should Jaws The Ride be brought back to life, there's no doubt that the shark would be animatronic once again - which makes perfect sense. After all, there is something slightly robotic and lifeless about a great white shark. And those eyes - "doll's eyes" as the doomed Quint so eloquently puts it. With that said, now that animatronic technology has become far more sophisticated, Jaws would of course need updating. And the best point of reference for this would be another large prehistoric beast who also has his own ride at Universal Studios - King Kong.

The titular star of Islands of Adventures' Skull Island: Reign of Kong is frighteningly realistic (as realistic as towering apes can be, of course), and we refuse to believe that Jaws can't undergo significant improvements. Simply put, Kong is scarier than Jaws (at least the ride version of the big fish). While it's understandably difficult to create an animatronic that is designed to live in the water (as director Steven Spielberg would testify), perhaps good old CGI could also be used to lend a hand - not unlike the mosasaur section on Jurassic World - The Ride.

And on that note, CGI could be put to good use for an updated attraction. We understand that this might sound like a copout - could you imagine a CGI reboot of Jaws? Blasphemy! But for the purposes of an attraction, computer special effects could help immerse the guests even deeper into the world they've chosen to enter. Going back to rides like Jurassic World The Ride or even Skull Island: Reign of Kong (which is mostly CGI), it's plain to see that guests respond pretty well to this technology - provided it's used only for immersive and interactive purposes.

For a Jaws-themed ride, though, this would need to be kept to an absolute minimum because less is always more, especially when it comes to Jaws, as the film relies heavily on the shark's absence (which, incidentally, was an accident). So are we suggesting that Universal uses CGI not to show Jaws? No - what we think would work best is to use CGI sparingly - whether it's to create an effect right beneath the surface of the water, such as a shadow or a dorsal fin, or even to show the shark on television screens in the queuing system.