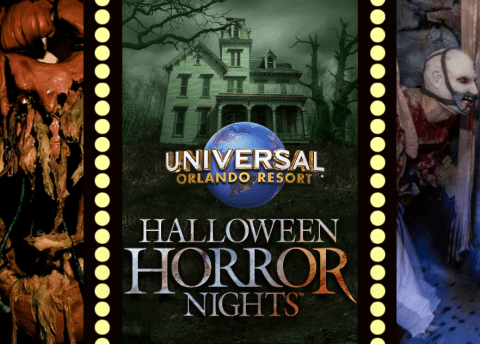 Since its humblest beginnings, due in no small part to the name above the studio gates, Halloween Horror Nights has owed a debt to the movies. In its inaugural year, then called “Fright Nights,” the event unleashed Universal’s monstrous troupe on the masses and offered double-feature screenings of “Dracula” and “Frankenstein” in the American Tail Theater. Beetlejuice did a three-night-only show alongside the Blues Brothers and Norman Bates. According to blurry accounts of the earliest attendees, its first-ever haunted house, The Dungeon of Terror, even included shocking and very illegal cameos from some of horror’s most iconic maniacs. The second-ever Halloween Horror Nights house was a direct tie-in to a Universal release, Wes Craven’s The People Under the Stairs. Rob Zombie’s first film, House of 1000 Corpses, was directly inspired by his work on the Hollywood event in the late 1990s.

Today, the relationship between Halloween Horror Nights and the movies has grown up. Though the event varies by park, in just about all of them houses and scarezones dedicated to new releases and enduring classics are the horses that pull the cart, winning legions of new fans by the t-shirt and allowing the respective designers to let loose with original nightmares. Famous faces like Freddy, Jason, and the Predator don’t have to hide in the shadows from pesky lawyers anymore - they’re billboards now. Halloween Horror Nights has never been bigger, the Hollywood synergy never hotter.

In March of 2020, Blumhouse founder Jason Blum casually mentioned that his studio, no stranger to the event, had talked with Universal about completing the circle: “We haven’t quite figured it out, but there’s definitely a movie in Halloween Horror Nights somewhere.” It was a hipfired statement in an interview about his latest production to possibly get the house treatment. Further detail is, to date, non-existent. Would the film be about the event itself or its ever-tangling lore? It’s all wishful thinking until further notice, but there’s plenty of HHN-minted material to go around.

The catch with original concepts, though, is the inspiration. Some of the most beloved houses in event history had no trademark above the wait time but pay homage with extreme prejudice.  The green-eyed ghost pirates of The Forsaken are blood relatives of the red-eyed ghost pirates from The Fog. The soggy pressure-cooker spills in Depths of Fear are an amalgamation of an entire subaquatic horror cycle - see also: The Abyss, DeepStar Six, Leviathan, Deep Rising.  And, with all due respect to Jack, the genre already has enough charismatic evil clowns to go around.

With these considerations in mind, here are six Halloween Horror Nights stories ripe for the big-screen treatment.

At first glance, the bitter end of Carey, Ohio’s resident horror host doesn’t lend itself to expansion. Former Broadway star Larry Kurtzberg was at the end of his rope when WKNB called to offer him a role on its Midnight Horror Show. He accepted. And how.

H.R. Bloodengutz - similarities to H.R. Pufnstuf coincidental, maybe actionable - is a public-access emcee in the grand Ghoulardi mold. He vamps from a throne of cartoon skulls and rubber spiders, in a castle too cheap for paper-mâché stones. Fog dribbles from a conspicuously close machine, but not enough to smoke out the studio. His theme is literally The Munsters theme. To a certain generation, he is horror, first seen between cross-hatched fingers in a friend’s basement hours past any agreed-upon bedtime. Bloodengutz represents a warm-and-fuzzy gateway drug. As of his 2011 debut, the high was already over. Short of Svengoolie and the few veteran personalities that made the leap to streaming, horror hosts are an endangered species. What turned Bloodengutz into a dark horse favorite among the HHN faithful is that he ironically doubled as a gateway drug for the event. His name was and remains all over wishlists. His lore is simple enough to sate the curious. And like so many horror hosts, he was an underdog from the word “scare-monies.”

That said, his homicidal retirement might not be enough to support an entire movie. Faced with cancellation, so the story went, Bloodengutz lost his mind and tortured his producer in-character, on the air. Between stabbings, he dutifully introduced schlocky horror-comedies based around every holiday but Halloween. The festive gimmick worked wonders for the house but making it feature-length only fumbles a one-of-a-kind opportunity.

In and amongst his vindictive spree, H.R. Bloodengutz could host a Halloween Horror Nights anthology with segments pulled directly from past houses or inspired by the spirit of the event. This kind of film has been on a slow and steady revival since Mike Dougherty’s 2007 classic, Trick ‘r Treat, coincidentally a proud HHN alum. Anthologies have already taken root in the indie sphere as showcases for up-and-coming filmmakers. Blumhouse already produces its own series, Into the Dark, for Hulu. To hit all the expected highs of Halloween Horror Nights, an anthology may be the only way to go.

If H.R. Bloodengutz is too TV for the big time, substitute him with the Usher and WKNB with the Universal Palace Theater, though that might hew too close to Nightmare Cinema, a recent standout anthology.

Body Collectors: Collections of the Past

If the icons are major leaguers, then the body collectors are farm team all-stars. To date, they’ve earned three dedicated houses and cameos in two anniversary mashups, along with scattered appearances on park streets. They’re as popular as any Halloween Horror Nights character can be without ever getting their rictus grins on a shotglass. It’s especially impressive given their lineage.

Their first appearance gave it away. For HHN XI, a scarezone called Slasher Alley occupied the narrow cut-through between what is now Shrek 4-D and Transformers. The concept was like it said on the tin - the best madmen in the business roamed the fog in search of unsuspecting passersby. The name would lightened up, to Nightmare Alley, as part of an event-wide softening after the 9/11 attacks, but the characters stuck around. Michael Myers. Ghostface. Chucky. A few uncredited Gentlemen from the “Hush” episode of Buffy the Vampire Slayer.

The look is unmistakable - sunken eyes, smooth head, skim-milk complexion - but the MO changed considerably by the time the body collectors got their due at HHN XV. Instead of the fairy tale ghouls that stole voices and literal hearts, Universal’s Gentlemen took corpses and turned them into tools.

Their first appearance played heavily into the lore of “Terra Cruentus,” a fantasy realm connecting all that year’s houses and scarezones. Subsequent returns by the collectors simplified their circumstances. The second house, Collections of the Past, has the most big-screen potential.

Taking cues from their old-fashioned outfits, the collectors were relocated to Victorian London. As it happens, their pre-grave grave-robbing operation has been thriving for centuries. All it takes for business to boom is the proper cover. War. Famine. Pestilence. Or Jack the Ripper, in this case. According to the HHN history books, the infamous Whitechapel Murderer never existed. He was just an elaborate ruse to let the Gentlemen slay locals anonymously and with the proper abandon.

The revisionism makes a historically terrifying period even worse. The good news for unsuspecting Londoners is that there is no serial killer in the fog. The bad news is that there is, however, a species(?) of amateur surgeons in the market for spare body parts. The crudity of everything involved, implements of both death and self-defense, ratchets up the period tension; medicine was benevolent torture on a good day, let alone when the doctor is trying to remove your femur in one piece.

But involuntary dissections are scary in any decade; the third house, Recollections, moved the bloodshed to a slightly more modern sanitarium. With a cosmetic update to further distance them from their inspiration, the Gentlemen could be dropped just about anywhere and anytime. Their marquee scene - an operating theater in the round to demonstrate the easiest way to tear out a spine - remains among HHN’s most reliably brutal. It would be worth admission alone just to see it done with all the prosthetics and bodily fluids studio money can buy.

Leave it to Cleaver

So the ad copy goes, the “z” in Meetz Meats stands for “fresh.” And If you believe that, they’ve got some prime cuts to sell you.

Leave it to Cleaver is weaponized Americana, a blood-spattered “gee shucks.” Just let the painted-on blush of Meetz mascot, Meaty Meetz, put any unease to rest. The history of Wyandott County’s most profitable slaughterhouse is the stuff truck commercials are made of. The patriarch Meetz founded the business as a simple butchershop in the 1910s. He passed it onto his son just in time for the Great Depression. Did that Meetz crumble? Did he let his community down? Of course not. He innovated, not only finding a fresh supply of livestock for his friends and neighbors but solving the town’s vagrancy problem simultaneously. Sam, the current owner and operator of Meetz Meats, proudly upholds his father’s standard of quality in the flush post-war years. Business has never been better. Play ball and pass the hot dogs.

Leave it to Cleaver takes the rusty terror of Texas Chainsaw and buttons it up tight, a little too tight, in Midwestern charm. All the butchers carry chainsaws and wear bowties. During the company’s educational film, ol’ Sam hides a fresh human carcass with a pantomimed giggle. Not two rooms deep into the unassuming Meetz plant, employees’ children are already learning the finer points of serving man.

Taken exactly as-is, entrance to exit, Leave it to Cleaver would make a pleasantly macabre gorefest. Not even necessarily overt gore, either - ground chuck is ground chuck, no matter who it came from. What adds a worthwhile wrinkle is a short story by Patrick Braillard, Show Director for the Creative Development team, published just a month before Universal canceled the 2020 event. In “Bad Following Good,” an ill-fated drifter hops off a train in the worst possible town. After spending several pleasant days in jail, fed only the tastiest local delicacies by a surprisingly kind sheriff, he’s handed over to one Mr. Meetz with the vague promise of helping the commonwealth. The possibly contained secret of the original house - kept among the Meetz staff - is confirmed as a Carey-wide conspiracy. It’s an entire zip code of cannibals, honest as an afternoon barbecue.

There’s plenty of meat on that bone.

I Took a One Day Trip to Orlando. Here's Why (and How) You Should Try to Treat Yo' Self, Too.