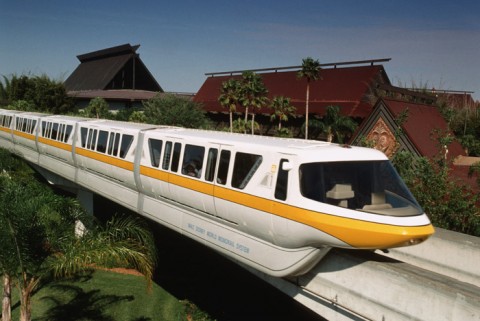 Your Highway in the Sky

Monorails are one of the coolest ways to cruise around property at Walt Disney World, offering guests a view from the Highway in the Sky. With access to three of Walt Disney World’s top resorts, two theme parks, and the Transportation and Ticket center, this mode of Disney travel is one that every guest should experience at least once in life! 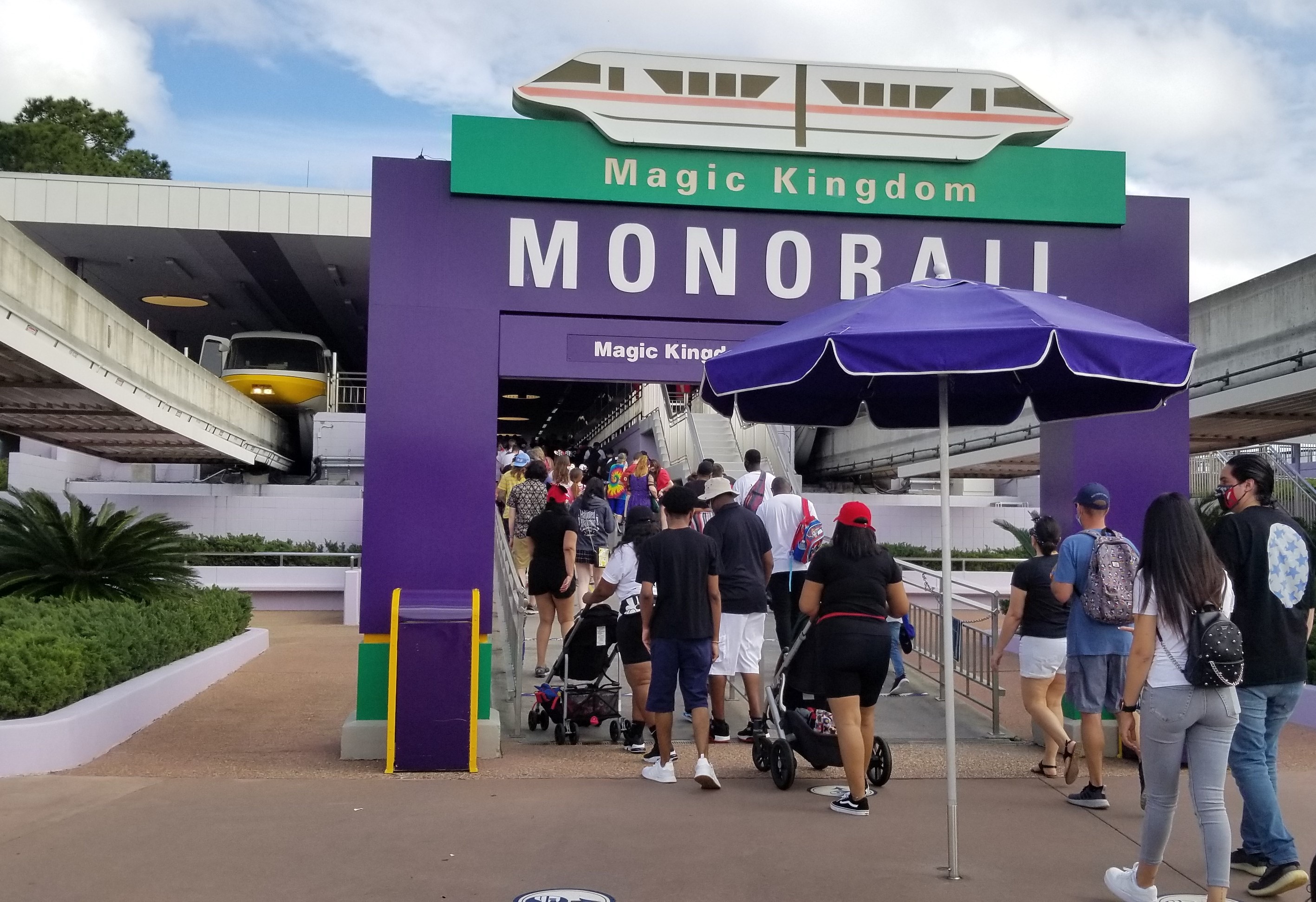 The Walt Disney World Monorail System operates daily from 30 minutes prior to the earliest park opening time until one hour after the latest park closing time.

The Resort Monorail usually features five stops, including the Most Magical Place on Earth, three deluxe Disney Resort Hotels, and the Transportation and Ticket Center. For now though, there are only four stops because Disney's Polynesian Village Resort is currently undergoing major renovations at the Great Ceremonial House, which has caused the monorail station to close temporarily. So for now, the route starts with the Transportation and Ticket Center then passes through the Disney’s Polynesian Village Resort station without stopping and presses on to Disney's Grand Floridian Resort & Spa. After it departs from Disney's Grand Floridian Resort & Spa, the next monorail stop is the Magic Kingdom. From the Magic Kingdom station, the Resort Monorail stops at Disney’s Contemporary Resort and then makes its way back to the Transportation and Ticket Center.

The ability to travel from your hotel straight to the Magic Kingdom by monorail is what makes these three deluxe resorts so desirable! Although the Express Monorail may only run during certain times of the day, the Resort Monorail runs constantly allowing resort guests to get to their destination quickly! If you don’t mind making the extra monorail station stops, the Resort Monorail is usually the quickest way back to the Transportation and Ticket Center at the end of a Magic Kingdom day. 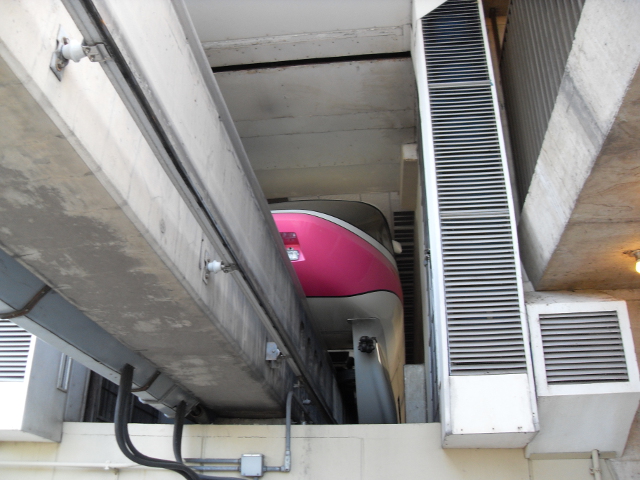 The Express Monorail takes guests from the Transportation and Ticket Center to the Magic Kingdom on the fastest route possible. While this track does pass each of the Disney Resort Hotel stations on its journey, it doesn’t stop at any of them which gets its guests to the park quickly and efficiently! Guests who aren’t planning to visit Disney’s Polynesian Village Resort, Disney’s Grand Floridian Resort & Spa, and Disney’s Contemporary Resort after they’ve spent their time at the Magic Kingdom will opt to make the Express Monorail back to the Transportation and Ticket Center to go home.

Whether you go Resort or Express Monorail, you're still enjoying an amazing view of the Magic Kingdom and its monorail resorts!

For guests interested in a longer ride on the Highway in the Sky, take a trip on the EPCOT Monorail! This monorail takes guests between EPCOT and the Transportation and Ticket Center all day long. For guests traveling from the Magic Kingdom to EPCOT, just making a quick change from the Express Monorail to the EPCOT Monorail will have you there in no time! What's unique about this monorail station in comparision to the others at Walt Disney World is that guests arriving to the EPCOT Monorail station take a quick ride over the park before getting to the station. You can take a peek at some of the attractions, the current festival, and more.

After being closed for over a year due to the pandemic, we're excited to finally see the EPCOT Monorail line reopened to guests. EPCOT is one of the most convenient parks to visit in terms of transportation thanks to methods like the EPCOT Monorail, the Friendship Boats, the Disney Skyliner, and more.

As you can see, staying on property at a Disney Resort Hotel on the monorail loop really has its perks! As one of the most famous modes of transportation on Walt Disney World property, you’ll want to make time to check out at least one of the three Monorail routes on your visit to the Most Magical Place on Earth. Which mode of transporation at Walt Disney World is your favorite?

Kait is an Orlando lover from Louisiana. When she was 3, she visited Disney for the first time, and has now lost track of the number of times she’s visited! Kait quickly became a Disney expert among her friends and family, which lead her to spread her Disney wisdom to a larger audience via her Disney Lifestyle Blog, Kait Around The Kingdom. Walt Disney World is Kait’s happy place, and as an annual passholder, you can bet that she visits the Most Magical Place on Earth whenever she can. You can find Kait’s Disney adventures on Instagram and Kait Around The Kingdom.

Shouldn't that be one hour after the last park closing?

Thanks for pointing that out, apologies for the typo. Is has been changed in the article. Thanks for reading.