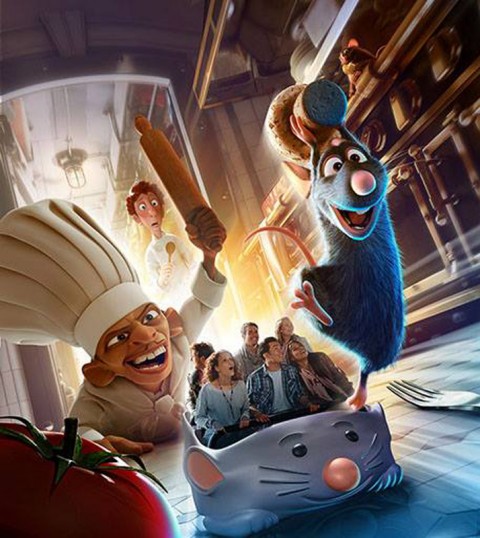 Walt Disney World is magical all year round, with an endless sense of festivities in the air. But with Fall only just around the corner, you can expect an extra sprinkling of fairy dust thanks to the resort’s 50th year anniversary celebrations kicking off this October. Outside the celebrations, though, there are other events to look forward to, such as Halloween and the Holidays, and new attractions. So, here's everything new coming to Disney World this Fall...

Walt Disney World is no stranger to ‘shrinking’ guests so that they can see the world through the eyes of toys and other small beings, so it won’t surprise you to learn that, on October 1, Epcot will be hosting an all-new attraction in the form of Remy’s Ratatouille Adventure, in which guests will finally be able to place themselves in the scuttering shoes of Remy as they explore a hazardous Parisian kitchen and beyond.

The 4D experience celebrates Pixar’s animated classic Ratatouille, and is modelled off the attraction of the same name at Disneyland Paris. The simulator-based ride has been designed to alter your senses and surroundings, as you shrink to the size of Remy himself. Sound fun? Definitely! But a rat exploring busy kitchens and dining rooms is also a recipe for disaster!

How can you make the likes of Magic Kingdom Park even more magical? It seems like quite an impossible feat, especially considering that the park already seems to have hit its maximum overload in all things fairy dust. But just when you thought things couldn’t shine brighter, along comes Disney’s Enchantment, which will debut on October 1 as part of the 50th anniversary celebrations.

Cinderella Castle through Main Street, U.S.A. will host a night-time extravaganza like never before, as the resort begins its epic milestone celebrations. Expect enhanced lighting, impressive pyrotechnics, bombastic fireworks, all-new music and laser-projected animation effects, in a show that celebrates love, friendship, hope and dreams - things people will surely need after a tough year. You can read more about this new show here.

You’ll be spoilt for choice when it comes to epic night-time shows at Disney World this Fall. While Magic Kingdom Park hosts the incredible Disney’s Enchantment, Epcot will boast its very own, in the form of Harmonious, a musical extravaganza that celebrates art, song and stories from all around the globe, in true Epcot fashion.

Fireworks, water effects, lightning, visuals and animations will help make up this moving masterpiece, which encompasses over a dozen languages and art from 240 artists. And you’ll get double the experience, as Harmonious takes place on World Showcase Lagoon, so you can enjoy the sky-high show while it’s also reflected in the dark, glassy waters below. You can read more about this new show here.