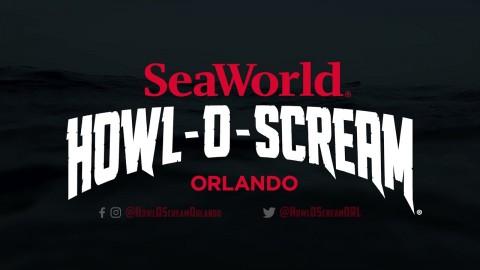 EDITOR'S NOTE: you can read our full review of this new event here

As schools kicks back into session and the summer 2021 theme park season comes to a close, there is one word on the brain of Orlando theme park enthusiasts: Halloween.

I am an avid attender of Universal’s Halloween Horror Nights, and have been since the sixth grade. I haven’t missed a year—well, until COVID closures caused the event’s 30th anniversary celebration to be postponed one year. Now, with the event’s opening weekend is the first weekend of September, it’s as though you can smell the fog drifting over from a nearby Scarezone. Decor is up, Scareactors have been cast, and the event is ready to go. All is well.

"A New Terror Has Surfaced"

For the first time in recent history, Halloween Horror Nights has a competitor. This competitor isn’t a homemade backyard haunted maze or a rival event two hours West on I-4, but a major Halloween event…right down the street.

In June of 2021, SeaWorld Parks and Entertainment announced that the park chain’s Halloween event, Howl-O-Scream, will not only take place at Busch Gardens Tampa this year, but SeaWorld Orlando as well. The event will feature four haunted houses, four scare zones, two shows, and a feature self-dubbed as “Roaming Haunts,” actors and frights found in every corner of the park, giving no relief to the scares.

But what’s bad news to Universal—a new competitor in the area they’ve dominated for thirty years—is good to us, those who attend and adore Halloween Horror Nights.

Talk to anyone who’s attended Halloween Horror Nights events for a while, and you’ll hear laments of “the good old days,” a fabled time before massive crowds and steep prices, a time when Jack the Clown roamed the streets and no haunted house line exceeded half an hour, even on peak nights.

With a second park down the road to soak in some Halloween crowds, Howl-O-Scream will free up space at Halloween Horror Nights, which is absolutely necessary after the event took a season off.

If you’re like me, you acknowledge the price difference, but maintain your loyalty to Universal’s event. The production value and standard of excellence has proven itself time and time again at Halloween Horror Nights, so it’s easy to justify raising costs. But the existence of a Halloween event down the street less than half the price is nevertheless enticing.

Beyond the argument of Howl-O-Scream versus Halloween Horror Nights, this event feels like a bit of a Hail Mary from SeaWorld Parks and Entertainment. The pandemic has placed the chain in a state of financial hurt, with multiple unopened coasters and dwindling guests, and a Halloween event could be just what SeaWorld Orlando needs to draw guests in once again. If the event can be put on on a modest budget, even that thirty buck admission price can help the park rake in some cash. (Fingers crossed they’ll use that cash to open up Iron Gwazi!)

It’s fascinating to think of what a Halloween event at today’s SeaWorld Orlando may look like. If I hit Howl-O-Scream this year, it will be with one goal in mind: to ride Orlando’s tallest coaster, Mako, in the dark. Night rides on this iconic coaster are hard to come by, but Howl-O-Scream will make it possible. Infinity Falls will also be open for rides on Howl-O-Scream nights, along with four bars themed around the spooky event.

If this event can take even a smidge of the crowds from Halloween Horror Nights throughout the months of September and October, it will be a win for Halloween lovers in Orlando. Both events will need to step their game up in order to rise to the competition, we the fans getting to be guinea pigs to new scares.

Will you be checking out this new Halloween event next month?