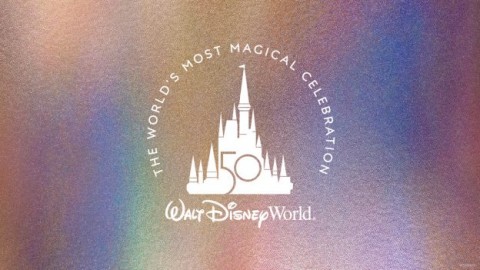 “The World’s Most Magical Celebration” is almost here. And as you may already know, there will be an extra sprinkling of fairy dust (yes, Tinker Bell has been busy), as the event is set to be 18 months long, starting on October 1 this year and ending sometime in March 2023! Some details of the celebrations were revealed several weeks ago, but the last few days has seen the unveiling of even more magic. Let’s take a look at Disney World’s 18-month-long 50th anniversary celebrations…

Each of the theme parks will boast a newly upgraded iconic centerpiece designed to illuminate their respective areas by night. At Disney’s Animal Kingdom Park, the Tree of Life will ‘awaken’ to celebrate the wonders of nature in ways never before seen; the Hollywood Tower Hotel at Disney’s Hollywood Studios will shimmer more than the most glamorous movie star; Spaceship Earth’s reflective panels will shine so bright one might mistake them for a distant moon; and Magic Kingdom Park’s Cinderella Castle will give its sparkling on-screen opening credit-counterpart a run for its money.

Remy’s Ratatouille Adventure will open the same day as the celebrations kick off on October 1. The 4D attraction will “shrink” guests to the size of a rat, allowing them to experience a hazardous Parisian kitchen and beyond.  Another attraction inspired by a popular movie franchise is Tron: Lightcycle Run, which will see guests slice through the digital landscape of the Grid, using the iconic Lightcycles. This is also set to go ‘online’ in 2022.

While an attraction in its own right, Star Wars: Galactic Starcruiser will also serve as both a type of accommodation (though limited to two nights only) and an immersive experience that plunges guests into their own Star Wars adventure aboard the Halcyon. With ‘views of space’, guests will travel to a faraway galaxy, and during their journey will partake in their own interactive storylines, all the while being able to explore the starcruiser, whether it’s the Sublight Lounge or the Bridge or beyond. The Halcyon will be accessible from Star Wars: Galaxy’s Edge, via Launch Pods.

Starting on October 1 are all-new park events. Harmonious will be a night-time event over Epcot’s World Showcase Lagoon and will feature pyrotechnics, water effects and more. Disney Kite Tails will include elaborate character-themed kites, inspired by your favorite jungle-based Disney movies, at the Discovery River Amphitheater in Disney’s Animal Kingdom Park. And Disney Enchantment will also be a night-time event, using music, fireworks and laser effects, spanning Cinderella Castle and Main Street, U.S.A. Another Magic Kingdom Park event to look out for is Mickey’s Celebration Cavalcade.