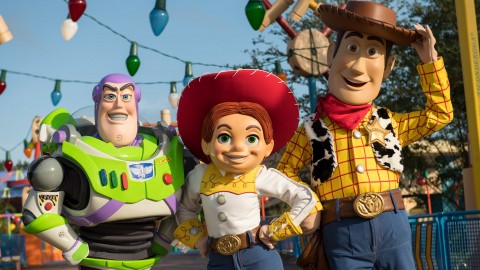 Disney World is home to a whole world of characters. And while the past year has seen the suspension of Character Greetings, that doesn’t mean the resort is suddenly short on inhabitants – there are plenty of opportunities to see your favorite heroes throughout the parks. However, though some remain unavailable, this could be a good opportunity for Disney World to look at ‘rebooting’ a select few. There has always been something of an inconsistency when it comes to Disney World’s ‘human’ characters: some are actually human, while others have human ‘masks’, with the actor hidden inside the costume.

Let’s look at some Disney World characters whose faces should be human, and some who have actually managed to work the look in question.

When it comes to Disney World, Aladdin and Princess Jasmine are literally human. And they are, after all, human in the movies – whether it’s the animation or live-action. So why hasn’t Jafar hasn’t been given the same treatment? Sure, his features are a lot more ‘cartoonish’ in the original film (pointed chin, maniacal smirk, long face), but it just feels inconsistent to see him in a mask alongside the other in-the-flesh characters. Not only that, but Jafar just doesn’t look that great at Disney World, and he's also missing that wicked charisma only a free-faced actor can bring to life.

Woody is, as we all know, a “child’s play-thing”, so having a human face on display would defeat the illusion that a toy is walking around Disney’s Hollywood Studios. However, we also know that Woody blinks and emotes and speaks just like a human being, so it’s possible that having a human face on his Disney World character would be better. With that said, considering that Woody is indeed a toy, we think the Sheriff simply needs the same movie-quality makeover he was given in Hong Kong Disneyland (see above image). And perhaps a pull-string so that we can hear his catchphrases.

The same rules apply to Buzz – on screen, he’s just as plastic-faced as Woody, yet he’s able to emote all the same. At Disney World, we’d love to see a Buzz who can do all of those things and tell us about his galactic adventures in the Gamma Quadrant (we're not saying we would settle for nothing less than Tim Allen, though that would be awesome). However, to be consistent with Woody, we think a makeover would suffice (Buzz also underwent said makeover at Hong Kong Disneyland). But like Woody, Buzz-Buzz-Buzz would need some of those iconic catchphrases.