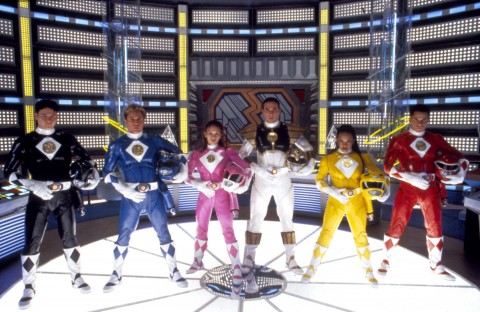 When it comes to the ‘90s, there’s no shortage of cheesy action movies. However, while there are some ‘90s movie-themed attractions at the Universal Studios resorts – Jurassic Park: The Ride (now Jurassic World: The Ride), Men in Black: Alien Attack and Revenge of the Mummy – we can’t help but imagine attractions inspired by the cheesier side of the '90s. So let’s look at a small selection of such flicks whose signature action scenes would have made thrilling rides at Universal Studios.

When post-apocalyptic sci-fi adventure Waterworld hit theaters in 1995, it failed to make back its massive $175m budget, making it more of a splash than a tidal wave. But while far from a masterpiece, negative criticisms are vastly unwarranted. It’s silly fun, for sure, but it’s a unique concept with creative set pieces and impressive action sequences – which explains why there’s an existing show at Universal Studios. An actual ride, however, could have been log flume in nature, not unlike Jurassic World: The Ride, showcasing the world created on screen, which sees the remnants of human civilization living on the water. Scavengers would populate the banks while merciless pirates intimidate guests, all the while the ‘Mariner’ stalks their boat, guiding them back to Dry Land – but not before they plunge down a waterfall!

Though far from ‘cheesy’ per say, this classic sci-fi disaster does have its moments. But with its nerve-shredding suspense, memorable one-liners and iconic disaster scenes, it’s easily the best alien invasion movie. The IP is now owned by Disney, but it’s still fun to imagine what could have been. There are many park-worthy sequences in the film, but the Mothership-infiltration begs for a simulator-style ride. Guests would have boarded the ‘alien attacker’ ship in an Area 51 setting, and once in space, would enter the Mothership. After planting the virus to disable the aliens’ defence systems and dropping the payload, the attacker would then have to make for the ship’s enormous blast doors, but not without being chased! Once outside, the craft would rock from the nuclear explosion, before landing safely back in Area 51.

There have been countless incredibly cheesy shark movies since the ‘90s, so tarring Deep Blue Sea with the same brush makes no sense. However, placing our feet back into the waters of 1999, and some of the film’s CG already seemed a little dated. That’s not to say there weren’t some excellent effects throughout, but there are moments when the film almost wants fun poking at it. Regardless, Deep Blue Sea is a thrill ride that offers plenty of scares and action – the perfect ingredients for a theme park ride. The dilapidated surface level of the film’s subaquatic research facility would have instantly echoed the Jaws ride. Guest would have boarded a vessel while the facility sinks around them, and where a super-sized 'smart shark' causes terror and mayhem.

There’s no denying that the color-coded superheroes’ first silver screen outing is extremely cheesy. But Power Rangers The Movie is a great ride and has all the makings of a theme park attraction: giant robots, space battles – you name it. Though Disney once owned the rights to the IP, Universal Studios would have been the perfect setting for an attraction, which might have seen guests enter the Command Center where they’d be greeted with a 3D Zordon and an audio-animatronic Alpha 5. The ‘viewing globe’ would depict the destruction left by villain Ivan Ooze, so guests would have to ‘morph’ into Power Rangers to do battle. Then it would be into the Megazord, whose 3D simulator-cockpit would show all the action to come: a city-battle with the enemy and then to space for the showdown.

To describe 1998’s Godzilla reboot as ‘cheesy’ seems unfair, especially seeing as the original movies feature men in rubber suits. Nevertheless, it does revolve around a monster attacking a city, which is reason enough to so describe any film, even this year’s Godzilla Vs Kong. The ‘90s disaster flick sees a radioactively enhanced reptile wreak havoc in New York City, so there’s no shortage of action. One sequence that stands out is the taxicab chase, which sees Godzilla pursue our heroes through a deserted Manhattan. An attraction could have featured a cab-style roller coaster in an indoor Big Apple setting, where guests would evade the wrath of an animatronic Godzilla, while actors posing as soldiers do battle with the enormous beast.

There are still a few ways to get your fix for these properties - there's the explosive WaterWorld show and the Studio Tour's Jaws Encounter at Universal Studios Hollywood, and, for your giant monster and alien needs, Skull Island: Reign of Kong and Men in Black: Alien Attack (which at least features Will Smith as Jay) at Universal Studios Orlando make for impressive substitutes.