The Company Behind Silver Dollar City and Dollywood Just Bought Kentucky Kingdom. Here Are 4 Predictions for What This May Mean... 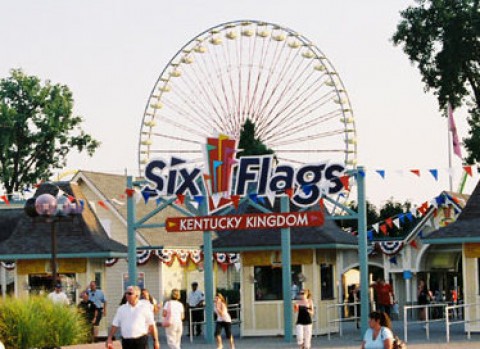 In early March, Kentucky Kingdom, a park with a loyal cult following, announced a partnership with the largest family entertainment company in the nation, Herschend Family Entertainment. You may know Herschend from their pristine parks like Dollywood and Silver Dollar City. Though Kentucky Kingdom is a small park and Herschend not as flashy a name as other major US park chains, this announcement sent shockwaves across the theme park landscape.

Today we’ll be running through 4 predictions for what we might see from the future of Kentucky Kingdom in its new ownership. By the end, you may just find yourself booking a trip to Louisville.

But before we peek into where this park may be headed, let’s take a look at where it’s been.

Kentucky Kingdom opened in the 1980s, and has been through multiple changes in ownership since. The park opened to a disappointing response, and closed the next season. Then, in 1990, a man named Ed Hart purchased the park and put the work in to make it into a destination for the Louisville area and beyond.

The park excelled so rapidly that it caught the attention of megachain Six Flags, who bought the park in 1998. Though the large chain brought Kentucky Kingdom new attention and new attractions, the quality of operation slowly went downhill. Attendance dropped with its standards, and in 2009, Six Flags closed the doors of Kentucky Kingdom.

Two years later, none other than Ed Hart bought the park back and opened its doors once more. With his reacquisition, the park gained a powerful one-two punch in its largest two new coasters: Lightning Run and Storm Chaser. The park ran smoothly as its coasters under Hart’s operation until earlier this month when he passed the baton.

This has happened once before. Ed Hart has handed the park to a larger, seemingly more capable chain, and that chain might as well have ran the park into the ground. To be frank, the new operation of Kentucky Kingdom is in a way troubling; what if past mistake repeat themselves?

But Herscend’s focus on family, beauty, and experience tells me this is not so. Something about Herscend, about Dollywood and Silver Dollar City, tells me there’s no need to fear. The park’s in good hands.

Without further ado, here are 4 predictions of what’s to come for Kentucky Kingdom.

1. Kentucky Kingdom will upgrade from park to resort

Though Kentucky Kingdom does offer discounted rates at nearby hotels, the park does not offer on-site facilities. This sounds like a small thing, but an on-site hotel takes a park into another echelon of status. Kentucky Kingdom will no longer be a park for Louisville locals and in-the-know coaster enthusiasts; it will be a destination. With on-site facilities, guests will be encouraged to stay more days, spend more money, and make more memories.

2. Park landscaping and theming will undergo a major overhaul

Both Dollywood and Silver Dollar City are some of the most beautiful, green parks in the country. When you step into one of these parks, you may as well be stepping into an enchanted forest. In these parks you forget about the outside world. Alongside on-site facilities, immersion is the name of the game for Herschend. The parks are not places as much as they are experiences.

Kentucky Kingdom is, by all accounts, a nice park. The grounds are clean and well-tended; the walkways are wide and clear. But it is also—and I say this with love—a parking lot park.

Parking lot parks are exactly what they sound like. They’re typically very flat, typically very concrete parks without much landscaping or fanfare. They get the job done—coasters are easy to build and relocate on flat, open land—but don’t exactly reflect Herschend’s track record as the operators of some of the most beautiful parks out there.