What to Expect Park Hopping at Walt Disney World Right Now (And Is It Worth It?) 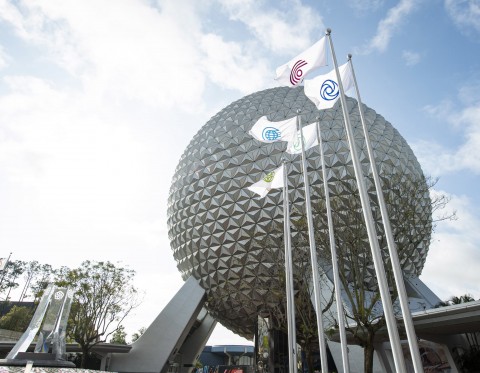 2020 brought many challenges and changes to Disney parks, but for many guests, the loss of park hopping was one of the toughest pills to swallow. While some visitors prefer to tour Walt Disney World one park at a time, for others (especially Passholders), the Most Magical Place on Earth felt very strange without the ability to hit multiple parks in a day. A park hopping enthusiast myself, I noticed this shift most profoundly when I realized I couldn’t just walk between Epcot and Disney’s Hollywood Studios, bouncing between parks as the wind carried me.

Disney had to make many tough choices early in the pandemic to identify a strategy to reopen the parks safely—such as required mask wearing, social distancing in queues and attractions, and the implementation of the Disney Parks Pass reservation system. Park hopping was an unfortunate casualty of this season. There just didn’t seem to be a good way for Disney to limit park capacity with people able to hop from park to park randomly.

Fortunately, the minds behind the Mouse found a way, and as of 2021, park hopping is back. Both Annual Passholders and guests who add a Park Hopper option to their ticket now have a way to explore multiple Disney parks in a day if your heart desires.

How exactly does park hopping work now? What are the catches in the new system, and is it a worthwhile investment in this current season? Here are some key points to consider…

1. You still need a Disney Parks Pass reservation (and a Park Hopper ticket)

If you’ve been to Walt Disney World recently (or following Theme Park Tourist), this one won’t come as too much of a shock—you still need a valid Disney Parks Pass reservation if you’re planning to park hop.

Disney’s reservation system continues to confound many visitors (especially those used to buying tickets at the gate). At the time of this writing, there is no way for guests to enter a Walt Disney World park without a Disney Parks Pass reservation. The parks are each currently capped at 30% capacity, and times where the parks reach this capacity limit are becoming more common (especially at Disney’s Hollywood Studios and Magic Kingdom).

The reservation requirement is very important for potential park hoppers: when you visit Walt Disney World, you must start your day in whatever park you have a reservation at. This rule applies to everyone in your party planning to park hop. It doesn’t matter if you arrive at 8am or 6pm—you have to scan your ticket/band at your reserved park first before park hopping.

This rule is important to keep in mind if you want to hack your trip to get into a full capacity park by using park hopping. The most common scenario would be if a family wants to see Star Wars: Galaxy’s Edge at Disney’s Hollywood Studios, but there aren’t any reservations available. You could, theoretically, make a reservation for another park, add a Park Hopper onto your tickets, then hop to Disney’s Hollywood Studios for a half-day. If you take this route, you may want Epcot to be your first park so you lose as little time as possible switching parks mid-day. No matter which park you choose, you have to start there.

Make sure the park you choose for your reservation is one you’ll enjoy—you’ll be spending your morning there.

At the time of this writing, Park Hopping hours currently start at 2:00 PM. Yup, that is correct that we only have afternoon-evening park hopping right now. It’s at least better than no park hopping at all. Assumedly, Disney chose this course to keep capacity limits under control, particularly in parks like Magic Kingdom and Disney’s Hollywood Studios.

The good news is that after 2:00 PM, you can hop to any other Disney park you like, even if you want to hit all four (as long as capacity allows—more on that shortly). While the afternoon start might feel limiting for some park hopping-veterans, this still makes for a very workable multi-park day as many guests used to choose to park hop around 2:00 in the past anyways.

A few important catches to be aware of…