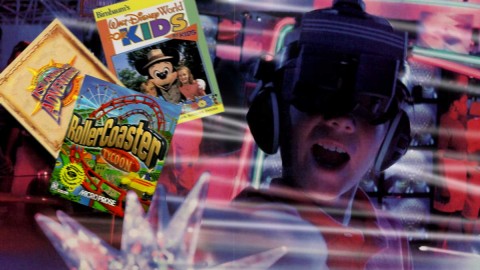 The end or something like it is in sight. Many countries are coming up on the one-year anniversary of quarantine. Some have been playing it safe even longer. But vaccines are finding their way into millions of eager arms by the day. It’s not exactly a license to cut loose - the effects only kick in after a few weeks, an additional dose may be necessary depending, and even the vaccinated can unwittingly spread the virus - but it’s a sigh, and that’s not nothing. Given that airline prices are still competitive with stuffed crust pizza orders, the urge to travel has never been itchier. But there are safe ways to quell that eleventh hour cabin fever. These should help hold you over.

The end or something like it is in sight. Many countries are coming up on the one-year anniversary of quarantine. Some have been playing it safe even longer. But vaccines are finding their way into millions of eager arms by the day. It’s not exactly a license to cut loose - the effects only kick in after a few weeks, an additional dose may be necessary depending, and even the vaccinated can unwittingly spread the virus - but it’s a sigh, and that’s not nothing. Given that airline prices are still competitive with stuffed crust pizza orders, the urge to travel has never been itchier. But there are safe ways to quell that eleventh hour cabin fever. These should help hold you over.

The once and future king of theme park simulation games, RollerCoaster Tycoon endures.

Sure, the brand name is still around. RollerCoaster Tycoon 4 Mobile hit smart phones in 2014, offering a contact-high experience of the real thing reworked for thumbs and microtransactions.  The fourth in the PC series, RollerCoaster Tycoon World, released in 2016 one day before Planet Coaster, a truer heir apparent designed by former Tycoon developers. If the move wasn’t clear enough, reviews soon confirmed the worst. A 2018 title for the Nintendo Switch, RollerCoaster Tycoon Adventures, fared little better. It may be a while, but the franchise will inevitably continue with new ways to monetize restrooms.

But RollerCoaster Tycoon, the 1999 original that was coded by one man in 99% assembly language, will outlive all of its souped-up progeny.

There’s a pixelated purity to its landscapes, always viewed from up and away like a living model kit. Building rides couldn’t be more simple to understand - make a circuit - or more rewarding to master - make a circuit worth $6.50 to the average parkgoer. The theming options may not be rich enough to sate armchair Imagineers, but that’s what sequels and expansion packs are for.

RollerCoaster Tycoon 2 was criticized at the time for looking and playing almost identically to its predecessor. A valid observation, but a feature, not flaw.

There’s an alchemy to the original RollerCoaster Tycoon. It’s not a comprehensive tool for entertainment design. It’s not a suitable replacement for high school economics class. It’s somewhere in between, a blank slate with shifting borders. Each scenario is a new playmat, like the coveted kind with little cities on them, and the ultimate objective is to get more familiar with your toybox.

It’s just as fun for aspiring entrepreneurs as it is homicidal maniacs. If players aren’t supposed to murder costumed entertainers, then why does the panda mascot drown so funny?

RollerCoaster Tycoon remains narcotically addictive, its dated art style now aged gracefully into cute, quaint nostalgia. If any theme park fans have somehow dodged it this long, there’s no better time to remedy that and no easier time to try it.

RollerCoaster Tycoon Deluxe, an all-in-one package of the original game and its two expansion packs, is $5.99 on Steam, even less during the semi-regular sales. RollerCoaster Tycoon 2: Triple Thrill Pack, a similar deal for the sequel, runs only a few dollars more.

For veteran tycoons still cherishing the CD-ROMs that haven’t run right since Windows XP, consider OpenRCT2. It’s an open-source revitalization of RollerCoaster Tycoon 2 that makes it sing on contemporary hardware and adds a host of features like server-based multiplayer. Owning the base game is required, but it works with discs or downloads alike and supports the original RollerCoaster Tycoon as well.

And for anyone who wants their thrills on the move, RollerCoaster Tycoon Classic is a remastered, remixed compilation of the first two games for smart devices and modern PCS supervised by Sawyer himself.

There’s never been a wrong way to play RollerCoaster Tycoon and, especially right now, there’s no reason not to.

When Funai of Japan stopped manufacturing VHS equipment in 2016, it marked the end of an surprisingly resilient era. Those chunky black tapes were the first affordable home video format and, given the slow-to-start DVD age and quick-to-overtake streaming age, the last to be so universally embraced. The price point that made it so seductive to companies and consumers alike came with a catch - quality.

VHS tapes tend to degrade within thirty years, even when adequately protected. A helpless portion of all releases on the format will not be digitized. Fortunately, the theme park faithful have done a bang-up job preserving souvenir videos for future generations.

Antsy to book your hotel room at Walt Disney World?

Good news - every vacation planning video from 1993 until the almighty Disc took over is available for your viewing pleasure thanks to channels like InteractiveWDW and DisneyParkVideos.

You’ll marvel at the fashion. You’ll delight at the stilted interviews with semi-willing tourists. You’ll despair at the low, low prices.

Though all of these tapes were made exclusively to sell a good time, they’ve aged into historical documents. The promise and slow decline of Pleasure Island can be charted annually, pitched in earlier videos as fun for the whole family and later videos as an exclusively adult experience. Younger viewers won’t even realize that famous people were an early attraction at Hollywood Studios. Once you watch long enough, you’ll even notice trivia within trivia, like footage of other Disney parks finding its way to Florida.

But there’s more to amusement parks than cartoon mice.

A good place to start is the VideoTours series. Each tape centers on a different point of tourist interest across the United States. Some are historical - Salem, Massachusetts - some are ecological - the Columbus Zoo - but all hew at least a little educational. Videos based on Busch Gardens Tampa, Universal Studios Hollywood, and Six Flags Magic Mountain, all circa 1989, have all made their way to YouTube.

That’s not even counting the treasure trove of material produced by and for regional parks that you wouldn’t guess existed without a little digging.

Whatever your pleasure, there’s some analog gold to be mined on YouTube. No rewinding necessary.

Once upon a time, Epcot guests could experience the clunky future of virtual reality. It took a ceiling-mounted visor and the computing power of 2,000 Pentium PCs to fake a carpet ride alongside Aladdin.

Now, with the proper app and a $30 headset, anybody can experience the clunky future of Epcot from the hygienic safety and comfort of their couch.

The most famous of these resources is Virtual WDW.  For five years now, the YouTube account has been amassing HD recordings of every last Walt Disney World attraction, and a few down the road at Universal Orlando. The resolution has improved from plain ol’ 1080p to shiny 4K, but the conceit never changes.

It may remind of vlogger livestreams, but there is no disruptive spieling or mugging for the camera. You are the camera here. Sometimes the outside world spoils the virtual one - the best consumer cameras in the world are no match for Dinosaur - but most of the uploads are still convincingly transportive. If you don’t miss the rides so much as the ambiance, roaming videos of various lands are also available.

Pair with a desk fan and thematically appropriate Etsy candle for the full effect.

Anyone hoping for more interactive VR are still in luck.

Fellow YouTuber Hakke is reconstructing Disneyland in the PlayStation title, Dreams. The game is a revolutionary resource that allows players to build whatever they want, from characters to fully-functioning games of their own, and share it with others. It’s led to impressive recreations of other franchises, as well as real-life locations. Hakke is still improving their version of the resort, but the work-in-progress is entirely playable with or without a headset. Some attractions can be tested in VR with videos from their YouTube page.

The necessary compromises - no other guests, areas broken up into loadable chunks - may not work for everybody, but it’s hard to walk the Sci-Fi-Deco queue of Space Mountain, hear that twinkly theme, and argue with the warm-fuzzies.

And at least in Hakke’s Disneyland, nobody can yell at you for holding up the line to listen to the music.