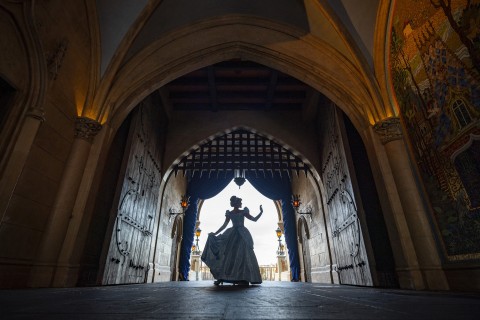 We’ve said it before—it’s been a weird year.

2020 has proven a historic year for unexpected changes, from the COVID-19 pandemic, to unprecedented hurricane activity, to a contentious election in the US. At the time of this writing, we are rolling into November, and it wouldn’t be surprising if these last two months of the year hold even more twists.

For fans of Disney parks, it’s been a particularly strange season…

It seems safe to say that most of us never expected the sweeping changes we’ve seen at Disney theme parks across the globe. Over the course of one year, Disney has been forced to navigate some of the most challenging setbacks in their history, as well as managing one of their most staggering successes. Here’s just a few of the things that took place in Disney parks during 2020 that we never saw coming…

2019 was a strange enough year in and of itself—in many ways, a year of massive growth for Disney parks. Many of these change were made surrounding the highly anticipated opening of Star Wars: Galaxy’s Edge at Disneyland and Disney’s Hollywood Studios. Disney made every preparation possible for a massive jump in attendance, but fans were surprised to see the land’s opening mired in controversy. Galaxy’s Edge opened without the attraction that was supposed to prove its biggest draw—Star Wars: Rise of the Resistance. Crowds at Disneyland seemed weirdly sparse through those early months, and though the Walt Disney World opening did better, people still questioned if Star Wars: Galaxy’s Edge was ultimately a flop.

The opening of Star Wars: Rise of the Resistance proved an overwhelming success—to the point that the ride sort of broke Walt Disney World. On opening day at Disney’s Hollywood Studios, so many people showed up that Disney had to open the park early for safety reasons, and every spot in the ride’s virtual queue was gone before the officially posted opening time even arrived. This kicked off a series of ever-shifting changes that carried into the beginning of 2020 as Disney tried to manage unprecedented crowds arriving as early as 4:00 AM to try for a spot on the ride.

Star Wars: Rise of the Resistance proved a win on almost every level for Disney. Disney’s Hollywood Studios had been written off for years as a half-day park. The opening of Star Wars: Rise of the Resistance changed that by not only drawing a regular local fanbase of Star Wars-loving Passholders but by giving Disney guests a truly spectacular attraction to rival some of Universal Orlando Resort’s biggest wins. Indeed, Rise of the Resistance proved so popular throughout the early months of 2020 that Disney had to set up Guest Experience Teams to manage those visitors who didn’t manage to get onto the ride while kinks were still being worked out in the virtual queue. To this day, the ride remains the biggest draw at Walt Disney World, and Disney’s Hollywood Studios currently remains the resort’s most popular park.

The opening of Star Wars: Rise of the Resistance had another strange effect, one that experts had expected to coincide with the original Star Wars: Galaxy’s Edge opening… it completely threw off established crowd patterns.

Crowd tracking is a big deal for Disney parks regulars—after all, in most cases you can expect a more enjoyable trip if you visit when crowds are low. Lower crowds means less time in lines, easier access to reservations, and a major reduction in the usual stress connected to visiting theme parks.

Crowd trends have been shifting for years, but the beginning of 2020 marked the biggest changes guests had seen yet. It seems that many guests who had wanted to experience Star Wars: Galaxy’s Edge held off on vacations until after the ride opened. While the ride’s opening definitely had an effect at Disneyland Resort in California, the changes in crowd trends were much more pronounced at Walt Disney World. The January and February “off-season” for Walt Disney World vanished with attendance surging at unlikely times as more and more people wanted to experience the new ride. The result was that it looked like crowd trends from 2020 would be turned completely upside down…

Little did we know how right this would prove… just not in the way anyone expected.

3. Disney parks across the globe shut down

In January 2020, Hong Kong Disneyland and Shanghai Disneyland both shut down in response to the coronavirus outbreak. That early in the year, concern about the outbreak wasn’t too high in the US, even if the world was starting to pay attention.

We’re all familiar with how things played out from there. By March 2020, COVID-19 had become a full scale pandemic, and companies around the world started cancelling major events and gatherings. Disney executives were forced to make some difficult decisions. For one thing, longtime CEO, Bob Iger, had just stepped down and handed the reigns of the company to Bob Chapek. Within weeks, Iger stepped back into an active role on the board so the full weight wouldn’t fall to Chapek his first month on the job.

On March 16th, Disney parks around the world shut down out of abundance of caution. It would prove the longest closure of Disney parks in history, and we are still feeling the effects today. By May, hopes had waned that the coronavirus pandemic would be a quickly passing inconvenience, and Disney started to feel the financial strain of the extended closures. Ironically, it appears their decision to launch Disney+ in 2019 may have saved the company from total financial ruin as lockdowns drove new subscribers to the service in droves.

Early in the pandemic, reopening Disney parks seemed impossible--how do you open a theme park while a highly contagious virus is on the loose? Many Disney regulars can attest that theme parks are easy places to get sick.

As COVID cases started to wane in parts of the world, Disney eyed options for reopening. Hong Kong Disneyland and Shanghai Disneyland attempted a reopening in May but promptly had to shut back down when cases surged again across China. California remained locked up tight, but restrictions started lifting in France, Japan, and Florida. Disney worked with local governments to find a halfway point where guests could return to the parks with increased safety measures.

By July 2020, Disney had made a way for the majority of their parks to reopen… but doing so would come with some significant costs.

Who could imagine visiting Walt Disney World without nightly fireworks, up close character meet n’ greets, or even the presence of cultural representatives at EPCOT's World Showcase? These were just a few of the changes Disney had to institute. Capacity limits meant the institution of a new reservation system, a jarring change for local Passholders used to last minute visits. Reservation limits meant park hopping also had to go (hopefully a temporary measure), and resort transportation options were adjusted accordingly. Other more obvious changes included mandatory temperature checks and mask requirements for all visitors.

These were just a few of the unexpected changes required to make a Disney parks reopening possible. While not all of these changes were bad (more on that in a bit), one adjustment really caught some visitors by surprise…