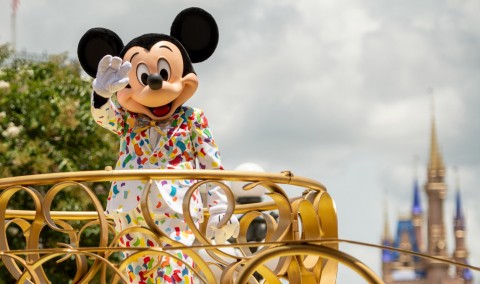 By the start of August 2020, American parkgoers had a good idea of which parks would be reopening following COVID-19 closures and which wouldn’t. As parks have slowly made their comebacks across the country, feedback has been surprisingly positive—for the most part. With increased safety measures from hand sanitizing stations to social distancing on roller coaster trains, theme parks seem to be doing everything in their power to ensure safe (see: as safe as one can be during a global pandemic) operations at their parks.

With that said, it’s only natural that some parks succeeded where others faced speed bumps. Below are some of the most notable park reopenings across the country—the good and the bad.

Yup, you read that right. Their reopening wasn't bad, per se, but Walt Disney World Resort in Florida was perhaps the most harshly-criticized park in the country upon reopening. Though all of its Florida competitors (Busch Gardens Tampa, Sea World Orlando, and even the prominent Universal Orlando Resort) had already opened nearly a month prior, Disney’s fanfare of an opening fell right in the middle of a major surge of Florida COVID-19 cases. Bad timing yielded bad press, and bad press doesn’t exactly scream, “Happiest Place on Earth.”

To be fair to Disney, not one of Florida’s other major parks faced this amount of criticism, but Disney is a big name and an easy target. Regardless of criticism, first-person reports of their opening have been primarily positive, with safety remaining a top priority and park attendance low.

The latest park on this list to reopen, Busch Gardens Williamsburg, a Virginian park run by Sea World Parks and Entertainment, opened to an absolutely ideal (if not limited) set of circumstances. Just days before reopening to limited capacities for their Coasters and Craft Brew event (which is set to run through the month of August on select days), Busch Gardens Williamsburg’s biggest competitor, King’s Dominion in Doswell, Virginia, announced that they would not open for the 2020 season. While this is a major blow for parent company Cedar Fair and lovers of the park, this couldn’t provide for better circumstances for Busch Gardens to open under, even if their park is opening under limited capacity.

In addition to overcoming their most prominent competitor, Busch Gardens Williamsburg has one of the most anticipated new coasters in the later stages of production. Pantheon, a multi-launch coaster from Swiss manufacturer Intamin Amusement Rides, will open as the world’s fastest multi-launch coaster, reaching speeds of 73 mph. Themed around five different Roman gods, Pantheon is still slated to open this year (though don't be surprised if you see that opening date pushed back to 2021), and will undoubtedly draw in a crowd.

With Sea World Parks in a constant battle to recover from their financial blow after 2013’s Blackfish left one heck of a mark on their reputation, COVID-19 closures naturally cued up familiar rumors that the park chain would go under or be sold to Six Flags (a pretty consistent, if not unpopular, rumor from the past ten years or so). But with Busch Gardens Williamsburg left with no nearby competition for their beer fest and a state-of-the-art Intamin on the way, things are looking up for the beloved park.

Six Flags parks were among the first to release their brand new safety protocols, and they undoubtedly did a great job. With that said, the new rules may have been better in theory than in practice. Though many Six Flags parks have opened without a hitch, flagship park Six Flags Over Texas is not without their faults.

Though social distancing is “required” throughout the park, reports of crowding in lines and heavily trafficked areas have surfaced. With some of these ride queues indoors, the areas are not only hard to regulate, but put guests at risk more than outdoor queues. While on the topic of outdoor queues, it’s no surprise to say that Texas in the summer is hot. While this isn’t really Six Flags’ fault, wearing masks at the park on summer days has been a major point of contention among guests.

While parks like Busch Gardens Williamsburg are hurrying away to get their new-for-2020 attractions off the ground, Auquaman Power Wave, an in-development Mack Rides water coaster, is nowhere near opening to guests this summer. With no new attractions to offer and unsatisfied guests, Six Flags Over Texas earns the #2 spot on this list.

It’s no secret that I had a firsthand experience attending one of Universal Orlando’s preview days, but there’s little bias in the decision to place this Florida resort at #2. Between mandatory sanitization before rides, intense social distancing measures, and mandatory masks with designated areas where guests can catch a break from facial coverings, I felt safer at Universal than I do at the supermarket.

Though temperature checks were initially lengthy for guests, Universal has adapted and streamlined in order to make for an even simpler experience entering the park. Beyond safety, Universal Orlando has finally perfected that Virtual Queue due to new COVID-19 measures. This innovation will have a longstanding positive impact on the park, helping to deal with crowds on high-capacity holidays and the summer if and when park attendance is back to normal. (No more waiting 14 hours for Hagrid’s Magical Creatures Motorbike Adventure…we hope.)

Technically, Busch Gardens Williamsburg is not open - it opened in a limited fashion for a special event hosted for about 11 days. Virginia is limiting theme parks to 1000 occupants making opening a real challenge.

Hi Nancy-- thank you for your comment! We've updated the article to reflect Busch Gardens Williamsburg's opening for the Coasters and Craft Brews fest.

Not sure where you've gotten your information regarding Busch Gardens Williamsburg, however, there are major inaccuracies. First, they are not truly "open" for business, and most definitely not on a daily basis. There are only three of their countries open, while the majority of the park is closed. Also, they are only open for a special Beer and BBQ event where you may make reservations for a four hour window, not the entire day. They will not be opening on a regular basis as of this moment once these few weekend events are done on August 30th. Also, in Virginia we are still under major limits regarding gatherings. It should also be noted that even though Kings Dominion is not going to open at all this year, they have extended all passes, and given a perk beginning next year to those pass members who are Gold and above.

Hi Brenda-- Thank you for your comment; we've updated the article to reflect the Craft Brews and Coaster festival. Even though the park is open for select days and sections, it is still a win for the park! And yes--it is wonderful that Cedar Fair parks have extended their passes through the 2021 season!