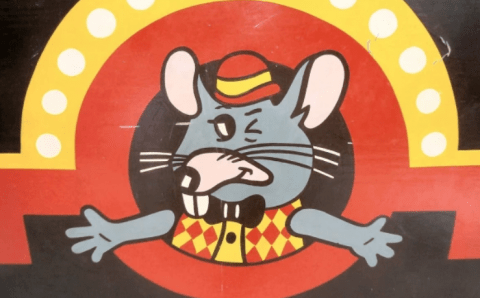 He's a cartoon, comedic mouse beloved by generations; a corporate icon endlessly adaptable to new ages through updated antics and fresh animation; an iconic character leading a pack of cartoon misfits recognized by kids of all ages. Know who we're talking about? Okay, okay… What if we told you that the rodent we’re thinking of also loves pizza, arcade games, and redeeming prize tickets for pencils, sticky slap-hands, and Slinkies?

As our longtime readers know, here at Theme Park Tourist, we’re big into themed entertainment design and the Imagineering industry… That’s why our LEGEND LIBRARY is stocked with the in-depth stories of closed, classic Lost Legends, astounding Modern Marvels, failed Declassified Disasters, and never-built Possibilitylands from around the globe. But today’s exploration is in a class all its own…

If you had a child, knew a child, or were a child in the '80s or '90s, it’s nearly impossible that you avoided a trip to Chuck E. Cheese’s Pizza. In fact, for generations of themed entertainment design fans, this unexpectedly elaborate pizza parlor and arcade was a theme park close to home; a chance to play, win, and eat in an exploratory environment “where a kid can be a kid;” where an animatronic band of cartoon characters felt real and alive; where Entertainment was literally the host's middle name.

Believe it or not, the surprising story of Chuck E. Cheese’s might not be what you expect. So today, we’re digging deep to explore the history of this American icon… and its mousey mascot. If you’re ready to uncover the unusual origins of this family entertainment center (and the many knock-offs that have followed), sit back, relax, and let’s cash in for some tokens.

For a moment, forget rats, pizza, or animatronics. The birth of Chuck E. Cheese actually begins with something unexpected: Spacewar! Created in 1962, Spacewar! was a rudimentary – but revolutionary – computer game designed by computer scientist Steve Russell. Playable on a PDP-1 computer, this shockingly simple "top-down" shooter game gave players control of a “needle” and “wedge” spaceship respectively, engaged in a missile-launching dogfight around the gravity well of a star.

Considered one of the most influential games of all time, Spacewar became increasingly accessible in the 1960s as computers with monitors became more commonplace, and its code (left in the public domain by Russell) fueled an early surge in porting the game and expanding on its coding among the cutting-edge communities forming around so-called “video games.”

It took four years, but when our protagonist Nolan Bushnell (above) finally got to see Spacewars! with his own eyes in 1966, it awoke something in him. That’s why – in 1968 – when Bushnell was working at a San Francisco-based technology company, he was delighted to find that his coworker, Ted Dabney, shared his fascination with the new medium of computer-based games. Together, the pair began to imagine those games powered by standalone computer systems with attached monitors... and something else noteworthy: a coin slot.

To make a long story short, in 1972 both Bushnell and Dabney officially incorporated a new company called ATARI, Inc. For that reason, some call Bushnell and Dabney the inventors of the video game – something Bushnell rejects (instead assigning the title to Spacewars! developer Steven Russell).

Their first product was 1972’s Pong. The duo initially constructed just one cabinet, consisting of a black and white television from Walgreens, the game hardware, and a coin mechanism from a laundromat with a milk carton inside to catch deposited coins.

After it was tested, they constructed and distributed ten more Pong game cabinets to local bars, which – to their surprise – averaged around $400 a week in sales, consistently “breaking” when overflowing coin collectors jammed up the collection mechanism!

It won’t surprise you that Atari would go on to be the preeminent name in early video gaming through the 1970s. But for Bushnell, the success of the video game startup meant he could finally focus on a project he’d be imagining for years...

Even if Nolan Bushnell’s eventual work with Atari is most closely tied to his legacy, he had another pet project that he cared about just as deeply. In fact, his Atari co-founder Ted Dabney recalled to Fast Company that it was truly the idea of a pizza restaurant that “became his dream… That was the beginning of everything. He didn’t even think about a video game until later.”

Given that Bushnell had worked for a number of years at the Lagoon amusement park in Utah, “[h]e liked that kind of atmosphere, and he always wanted to build a restaurant that had that in it. His whole thing was a pizza parlor with talking beer barrels.” Though it might not seem radical today, Bushnell’s idea for a carnival pizza restaurant with entertainment embedded within was sincerely groundbreaking at the time.

You have to imagine, after all, that in the mid-1970s, amusement arcades – home to coin-operated pinball, Skee-ball, mechanical games of skill, and, yes, Pong – had a somewhat unsavory image in pop culture. Coin-operated games were often associated with bars, truck stops, and the rare early amusement arcade overrun with trouble-making teenagers… 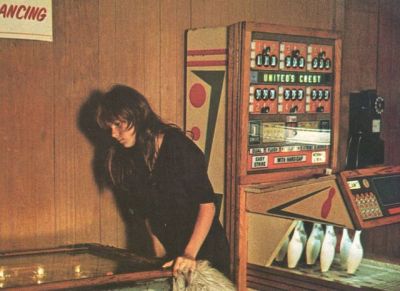 Yep, just as Walt Disney had fought an uphill battle to prove that his Disneyland was different from the dirty, dangerous  amusement parks of the day, Bushnell believed that the image of the arcade could be resuscitated… it just needed a strong concept to redefine it. Almost eerily, Bushnell looked back in 1981 on the state of arcades at the time and proclaimed, “but they should be more than that; a way for the family to play together.”

As a bonus, the success of Pong and the development of new ATARI games made Bushnell’s dreams of a pizza parlor even more poignant. After all, this dream restaurant could act as a proving ground and direct-to-consumer market for ATARI games; a way to shepherd games from “end-to-end,” development to display, controlling the experience and redefining arcade gaming.

And by the mid-70s – with Atari up and running – Bushnell was getting serious about the new restaurant concept that he hoped would redefine arcade games into a family-friendly market where Atari technologies could be tested… and boy did he have a plan.

If you can believe it, the birth of Chuck E. Cheese began in earnest when Bushnell attended the 1974 IAAPA Expo (the International Association of Amusement Parks and Attractions) with his “Coyote Pizza” concept in mind, and purchased a mascot costume from a vendor to use as the restaurant’s namesake anthropomorphic icon. As the story goes, it wasn’t until the costume actually arrived that Bushnell realized it wasn’t a coyote at all, but a pink-tailed, buck-toothed rat.

Undeterred, he went with the flow and decided to change the restaurant concept's name to…Well... Rick Rat’s Pizza.

Before he could open the first Rick Rat's Pizza, though, the situation changed. In 1976, Atari was acquired by Warner Communications (today, WarnerMedia) for $28 million – money that helped secure both Atari’s next console (the Atari 2600) and their secret weapon: Gene Landrum, a technology marketing aficionado whose job was to sell it.

When the new Atari 2600 console was delayed, Bushnell saw an opportunity to task Landrum with using his marketing expertise on getting Rick Rat’s Pizza rolling. And in fact, Landrum might really be the father of the restaurant… After all, he designed its initial procedures, operating finances, menus, and even layouts.

Atari’s board of directors and Bushnell himself were so impressed with Landrum’s plan, they made him the head of Atari’s newly-formed Restaurant Operating Division. He recalled, “He gave me a buttload of money and said, ‘Go build one.'”

Before he could, Landrum had one requirement: Rick Rat had to go. Rats, he argued, were “too predatory and too lethal” for a kid’s restaurant. They were associated with unsanitary and unfriendly places. If the anthropomorphized host of the new place was going to attract families, the rodent mascot at least needed a friendlier image.

In the mid-70s, Atari began using the costumed rat as their own mascot, leaving "Rick Rat" behind and giving him the more playful name, "The Big Cheese." However, executives soon discovered that "The Big Cheese" was already trademarked. The mascot needed another reimagining and a new name. Yep… “Chuck E. Cheese” was born. Bushnell called it “a three-smile name,” with the same musical cadence as Mickey Mouse.

That meant that Rick Rat’s Pizza needed a name change, too. And in 1977, in San Jose, California (today, the tech capital of Silicon Valley), the first ever PIZZA TIME THEATRE had its premier. As you can imagine, that’s just the start of the story… Read on…

That was a fun article to read. I was a teenager in the 80's and I loved Chuck E Cheese. We still have a smaller one near by. It's no way as fun and exciting. My Grandkids were even afraid of Chuck E When he came out.