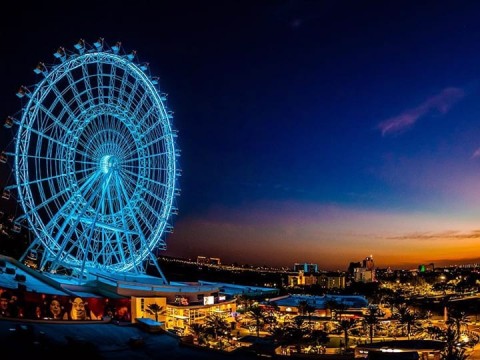 In 1936, Cypress Gardens in Winter Haven, Florida opened to the public. What started as a garden exhibit and water show slowly morphed into a thrill destination. Although Florida lacked densely populated cities like New York, Chicago, or Philladelphia, tourists from around the world began going out of their way to make it to the peninsula state. A 50-year stretch only brought more thrills to the area. Walt Disney brought his historic brand to Kissimmee, Florida, rivaling Cypress Gardens and bringing an unprecedented amount of new tourists to the area. Beyond these two parks were SeaWorld in Orlando, Busch Gardens in Tampa, and eventually Universal Orlando Resort.

By the end of the 1990s, there were nine major theme and amusement parks between Tampa and Orlando, the two cities being roughly an hour drive apart. Though Cypress Gardens has since closed and been replaced with the family-friendly park Legoland, a trip to Florida today means a trip to a multitude of groundbreaking parks and resorts. The newest Orlando amusement park, however, is a bit of a head-scratcher.

ICON at a Glance

ICON Park in Orlando, Florida opened as I-Drive 360 in 2015. Originally owned by Merlin Entertainment (the company responsible for some of Europe’s largest parks such as Alton Towers and Thorpe Park, as well as the Legoland parks), the park opened with three main attractions: an observation wheel, a wax museum, and an aquarium. Merlin entertainment’s stateside mission is to offer affordable alternatives to premiere parks such as Disney and Universal, and that was exactly the intent of I-Drive 360. Todd Andrus, who leads up Merlin’s marketing team in Florida, said in 2015, ”After people are done with the parks, we're hoping they come here and spend time with us.” Offering extended hours and free parking, I-Drive 360, now ICON Park, rapidly became a go-to for tourists and locals alike.

Part-massive thrill rides, part-shopping and dining, part-museum, and part-miscellaneous, Icon Park has been in a bit of an identity crisis since its opening in 2015. The massive observation wheel, for example has been renamed not once, not twice, but three times. After opening as the Orlando Eye, it was renamed to the Coca-Cola Orlando Eye, then ICON Orlando, and then renamed to its current name, The Wheel at ICON Park. That’s almost one name change a year. (In addition to its name changes, the observation wheel is no longer operated by Merlin.) If that’s any indication of how the park is still finding its identity, you can expect more changes from ICON Park in the future.

One of the changes coming to ICON Park is simply growth. In the past two years, ICON Park has leased 30,000 feet of new land in addition to its current property off I-4. Last summer, the park announced its addition of two massive new attractions, both record-breakers much like the Orlando StarFlyer. Currently in development are the world’s largest slingshot ride and drop tower. Standing at 300 and 400 feet, respectively, these will undoubtedly become icons (no pun intended) of Orlando. With four attractions standing at over 300 feet, ICON park will be cemented in Orlando’s skyline. Additionally, these will just be great rides. To put into perspective just how tall a 400-foot drop tower is, Doctor Doom’s Fear Fall, the drop tower down the road at Islands of Adventure, is around 180 feet. This new gyro drop tower, appropriately if not lazily named “the Orlando Gyro Drop Tower” will dwarf its competitors—even Falcon’s Fury at Busch Gardens Tampa, a fan-favorite that stands at 335 feet.

These additions will bring in more of the thrill seeker audience than they’ve seen in the past. Theme park enthusiasts enjoy collecting the “record breakers” like others collect coins. In addition to this, ICON Park’s hours extend well past the big parks. The Fun Spot parks have gained from this late-night appeal as well. After a day at Disney or Universal, parks which usually close a bit earlier, tourists often find themselves looking for something to do at night. Parks such as Fun Spot and ICON Park can pull from these crowds. It should also be noted that ICON Park is right down the road from the plot of land where Universal's new park in development, Universal’s Epic Universe, will sit. (Granted, the future of Epic Universe is uncertain due to the COVID-19 pandemic.)