5 Simple Spots Where Disney Could Expand Its Orlando Parks 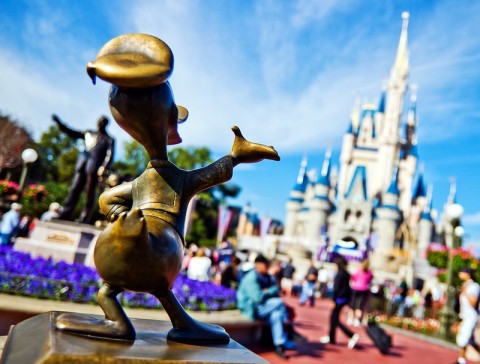 We all love to imagine ourselves as blue-sky imagineers, dreaming up the next great Disney attraction with no worries about budget, timeframes, or return on investment. Instead, all that matters is the purity of our vision and the scale of our storytelling.

But, in the real world, imagineers must balance these factors all the time – not just looking at a map of Walt Disney World as a blank canvas, but rather, as a puzzle which can only fit certain pieces.

Walt Disney World is expanded all the time, and when the time comes for new rides, shows, and lands, Disney usually follows a master plan that readies certain areas for new construction months and years ahead of time. Sometimes, we can divine what these areas might be from satellite imagery or simple logic.

So, yes, we should still be armchair imagineers. But, if you want to sound a bit more realistic in your fantasy, here are a few places where Disney could build new rides and lands easily.

When EPCOT was built, the idea was to create a place that would continually be updated as technology and the global order changed. Maybe our communication technologies would change, and as a result, Spaceship Earth would be altered. Maybe our relationship with the land would transform, and so too would the eponymous pavilion.

One area such development was pre-planned within was World Showcase. And, in fact, there are several so-called “expansion pads” ready for new development at this very moment, sandwiched between a few current pavilions. For example, the new Remy’s Ratatouille Adventure attraction is being built on such a pad between the France pavilion and Morocco. Others include spots Morocco and Japan, and between Germany and China.

These pads exist in the master plan for a reason, and it’s entirely likely that they’ll be used up in the next 25 years. Will they feature new countries or just expansions of the current offerings? For the purposes of pretend imagineering, feel free to go either way.

Because Disney’s Hollywood Studios was originally built to be a working movie studio, it retains a very strange and unique layout that can be both confusing and inefficient. Even after the enormous expansions that included Toy Story Land and Star Wars: Galaxy’s Edge, much of the park remains just as it looked during its first decade.

Two sections that haven’t changed in quite a while are the Sunset Boulevard and Animation Courtyard areas. Sunset Boulevard is long and thin, largely a relic of its creation as a post-opening expansion. Animation Courtyard retains a confusing floorplan that comes via its history as the beginning of the park’s famous studio tours. Neither really came into being because it was the perfect vision from a designer’s mind – rather, they were made, as they are seen today, to fulfill operations needs.

The upshot is that both of these regions hide behind them a massive array of support buildings that house some of the entire resort’s production facilities – from costumes and sets to film operations. But, if you were to create the property from scratch, is this really where you’d house those important departments?

For an armchair imagineer, the options here are endless. If you relocate those support buildings to other parts of the property, you’d open up a potential expansion site that would be larger than Star Wars: Galaxy’s Edge. It’s hard not to think of that space as, longterm, where Disney would like to house its Marvel hub. Food for thought.

Disney’s Animal Kingdom has been around for over two decades, which makes it somewhat remarkable that it hasn’t really changed all that much when you think about it. Sure, we saw the replacement of Camp Minnie-Mickey with Pandora: The World of Avatar, and we enjoyed the addition of Asia and Expedition Everest. And, yes, the smaller additions like Harambe Market and Rivers of Light have been welcome roundings-out of the park’s offerings.

But, on the whole, the park retains its funky exploratory vibe and eccentric layout. Nowhere is that more obvious than in Rafiki’s Planet Watch. It is, indeed, still one of Animal Kingdom’s attractions – despite constant rumors of its closing – and it retains its unique status as one of the few areas of a Disney park that you have to ride a train to access.

Because of this, it also lays claim to an enormous tract of land – with even more alongside it for potential development. Obviously, it’s a fairly remote section of the park, which explains why Disney didn’t choose to put its Pandora expansion there. But, that distance also offers up a great opportunity to hide sightlines and make something feel quite special. Perhaps this would be the perfect spot to put Marvel’s favorite remote, secluded, and hidden nation, Wakanda, in a theme park?