I Write About Disney Parks-- These Are the Times Our Readers Changed My Mind. 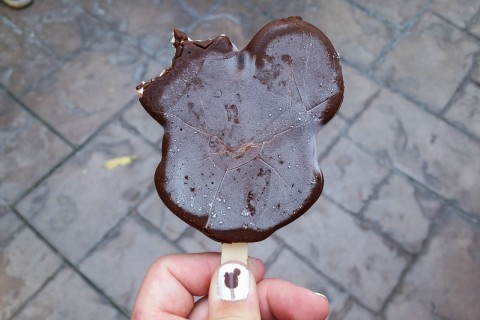 Perspective can be a beautiful thing…

I’ve had a lifelong fascination with Disney parks. I experienced many of life’s major milestones at Disneyland and Walt Disney World—my first words, my first anniversary, several birthdays. In so many ways, visits to Disney shaped my childhood, sculpted my imagination, and brought myriad happy memories. This influence was so strong that by the time I was a teen, I had decided I wanted to write about the parks professionally someday.

I didn’t get to realize that dream until decades later, three years ago (as of this writing) when I joined the team at Theme Park Tourist. Over those years, I’ve had the pleasure to explore the magic of Disney parks from more angles than I could have imagined—from an Introvert’s Guide to Walt Disney World to in-depth guides to Star Wars: Galaxy’s Edge to more experiments with vacation hacks than I can keep track of…

A lifetime visiting Disney parks can leave you with some pretty strong opinions—things I assumed were just right when it came to visiting the Most Magical (or Happiest) Place on Earth. There were certain subjects I just assumed were deal breakers for any good trip. There were rides I couldn’t understand why people liked, experiences I thought fell short of real Disney magic, and decisions made by Disney overlords that I openly questioned.

While the response to my early work for Theme Park Tourist was mostly positive, there were a few occasions as a newbie writer that I courted controversy far more than intended. I found myself on the receiving end of more than one storm of heated comments, and a few articles even earned me personal messages from irate readers. This caught me off-guard at first, but something wonderful happened in the midst of these uncomfortable cases.

I learned to listen to our readers… and the more I did so, the more I’ve come to appreciate the diversity of Disney park fans. Indeed, on more than one occasion, our readers completely changed my mind.

To grow is to never stop listening, and in my experience, positive change comes far more often out of grace rather than judgment. To embrace this has meant admitting I’m wrong more than once, or at least acknowledging that my perspective isn’t the only valid one.

These are some of the most surprising subjects where our readers convinced me that there is always more than one way to look at hot topics surrounding Disney parks.

Bringing babies to Disney parks was one of those issues I largely considered cut and dry—specifically, I fell into the camp of those who thought it was a bad idea. I’d heard multiple stories of the challenges my own parents had bringing me as a baby, and we knew many families who shared similar experiences. Their tiniest little ones were fussy throughout their trips, scared of characters, hated rides, and much of the trip they’d travelled across country for was spent trying to settle their agitated baby. Particularly in older guidebooks, some experts suggested waiting to bring kids to Disney parks until closer to 4 years old when they developed to an age they could better appreciate rides and characters. I echoed this sentiment in one of my earliest articles.

I’ve never received a more intense reader response than I did for that piece. I realized that a lot—a lot—of upset parents disagreed with that perspective. To suggest not bringing babies to Disney parks wasn’t just offensive to these readers—it inspired some to refer to me with some rather colorful and creative invectives.

At first, I was surprised by this passionate reaction—after all, even the Unofficial Guide to Walt Disney World addresses difficulties inherent with bringing babies and toddlers to Walt Disney World. Parents do have to be more attentive with smaller children and may have to change plans to attend to a baby who has different ideas of how a vacation should go. One of the most commonly reported scenarios was that babies and toddlers seemed to enjoy the resort pool far more than the parks…

The more I listened to our readers though, I realized that the scenarios I had based my original assumption on weren’t as common as I thought. Indeed, our readers totally changed my mind.

There are all sorts of situations where you can bring babies and toddlers to Disney parks and have a great trip—doing so may just take some extra planning and measures. Countless blogs have been written by moms and dads who know to do this smart, and there are some good reasons to do this, like the fact that kids under 3 get in free. Experts advise watching your kid’s energy level, paying attention to if surprising things might scare or disturb them, and being willing to alter plans if necessary. If you have the option to acclimatize your little one to the parks over time (this is particularly possible for local passholders), that’s even better. Staying on property or very close to the parks can be important too so you have a retreat nearby if your tiny one gets tuckered out for the day.

I still think there are some rides it’s best to not take babies and toddlers on since kids at those development stages are very impressionable, but that’s up to parents to decide. The only specific scenario where I still discourage bringing babies and toddlers to Disney parks is this: if you live far away and are saving for a once-in-a-decade trip that you want your child to remember for years to come, then it may be best to wait until they reach around 4 years old. This may be a good choice for families who can only afford a Disney vacation with a long time saving. Bringing your little one before that can still make for a great vacation, but waiting in these cases can be a wise choice for some families.

It didn’t take me long as a kid to catch on that stroller shenanigans are a really unpleasant part of visiting theme parks. I remember one uncomfortable incident where a woman literally used her stroller to shove me out of a packed monorail car during loading. There aren’t a lot of good excuses for using your child’s carriage as a wrecking ball, and the subject became sort of a running joke in our family. Scooter antics earned similar head-shaking. My longtime perspective was that of the annoyed bystander, understanding that most parents with strollers do no harm but that those bad eggs who like to play “stroller derby” really sour the Disney experience.

While this is actually a pretty popular gripe, I was surprised when our readers showed me there really is two sides to this issue.

Yes, there are crazy people who sometimes go full Fury Road at Disney parks—stories about guests injured or affected by stroller and scooter incidents aren’t hard to find. However, it’s important to realize that these cases are the exception, not the rule.

It is not easy for parents with a small child—or several small children-- to push a stroller through Disney parks. Back when Disney allowed bigger double-strollers, this was even harder. More often than not, people don’t have a lot of mercy on parents with strollers or guests in disability scooters. Guests regularly cut off strollers and scooters, forming impenetrable crowds that can be difficult or impossible to pass. People often come to sudden stops right in front of strollers and scooters, and sometimes the drivers react too late, causing bumped ankles or knees. Accidents and altercations can take place, and the constant attention needed to navigate crowds can prove exhausting.

I realized that the vast majority of families using strollers and scooters just want to get on with their Disney day and are ever grateful when someone smiles and kindly lets them ahead so they can continue to their destination.

I’m not saying there’s no such thing as inexcusable stroller/scooter bullying tactics. However, it’s a common human error that we tend to blame faults in others on defects of character rather than misunderstandings. The more I visit Disney parks, the more I now realize that most guests with a scooter or stroller really appreciate any measure of extra grace from their fellow visitors.

3. Which Disney park is best

Some time back, I wrote a piece for Theme Park Tourist admitting that I used to hate Magic Kingdom. I was a diehard Disney fan who didn’t like Walt Disney World’s flagship park. I loved Epcot’s food and the way it brought science and history vividly alive. Disney’s Animal Kingdom appealed to my love for nature and adventure. Disney’s Hollywood Studios had some truly great rides. Even Disneyland I liked better, thanks to its abundance of attractions and the Indiana Jones Adventure. Magic Kingdom seemed too child-focused, too unchanging, too cupcake for me. On most visits, we treated it as a half-day park at best.

I ultimately changed my perspective on Magic Kingdom (partially thanks to updates like New Fantasyland) , but over many articles, the more I got to know our readers, the more I started to understand why everyone favors different Disney parks.

The truth is each one of Disney’s parks offers something unique, and not everyone is going to enjoy every park. I’ve heard readers make excellent cases for why they prefer Disneyland over Walt Disney World. I’ve loved listening to readers explain their love for Magic Kingdom’s charm, nostalgia, and timeless nature. I have Star Wars loving friends who couldn’t handle the ultra-immersiveness of Galaxy’s Edge but loved Disney’s Animal Kingdom, and I’ve had a group of teenage boys tell me they want to go to Epcot instead of any other park when given a choice. There is no best Disney park— each park has its strength, and favorites are all in the eye of the beholder.

The point? There’s something for everyone at Disney parks, and that’s part of what makes them so magical.

That was a very cool article to read and I really enjoyed your perspectives. Those of us who love Disney can get pretty opinionated about things, and it's refreshing to hear someone say that their mind was changed, or at least that they can better understand the other side now. It takes humility to admit, and that is in short supply these days. Thanks for a fascinating article!