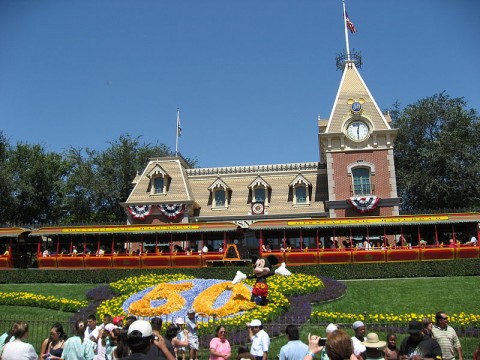 Millions of theme park tourists visit Walt Disney World and Disneyland each month. With so many strangers interacting in close proximity, weird and hilarious stuff happens every day. Some of it never gets shared, as cast members aren’t supposed to ruin the magic. However, some of what happens garners enough notoriety that word leaks out. Here are some of the funniest Disney stories of the 21st century…and one from 1955!

So, uh, what’s the worst part of the Epcot International Food & Wine Festival? Sadly, the answer is the people…well, just a boisterous few of them. The problem with the festival is the wine, as some folks start drinking in the morning and never really stop.

We’ve all had our unpleasant encounters with Epcot drunks. Frequent park guests, particularly Orlando residents, have learned how to maneuver around the inebriated. This sort of behavior is par for the course and what I view as the cost of doing business during the festival.

Some drunks really step up their game, though. Back in 2013, a Naval Academy graduate who made the Dean’s List (!) tied one on and thought it would be hysterical to explore Epcot. He didn’t want to follow the crowds, though.

No, this guy invaded a backstage office at Epcot…and started slugging people! At that moment, he was the worst cliché of a belligerent drunk. And there's nothing funny about angry drinkers.

However, the humor comes from imagining this situation from the point-of-view of the cast members. They’re working behind the scenes in an office that park guests have no idea exists. Then, a dude who played college football comes barging into the building, screaming incoherently and trying to assault people. He was even wielding a pipe and swinging it at people! It’s like a bad episode of Cops.

There’s also a moral to this story. Disney now requires security badges in many hidden access locations. It’s not like they were going to outlaw drunken bacchanalia at Epcot.

The most recent hilarious Disney incident seems at first blush like a weird way to garner free publicity. The Rock and Emily Blunt star in Jungle Cruise, a Disney movie that the company expects to become a franchise.

Given the media attention for the film, some folks wondered whether Disney had participated in a novel viral marketing campaign in February of 2020. How else could anyone explain the absurdity of what transpired?

After all, the joke on Jungle Cruise is that you've set sail on the worst tourist cruise on the planet. Your Skipper is incompetent, and the conditions on the boat are miserable.

Well, life imitated art when one of the boats, the Bomokandi Bertha, took on water and started to sink. Thankfully, the confused but alert cast member playing the Skipper took control of the situation. Guests quickly learned that this wasn’t a weird joke but instead a legitimate instance of a boat taking on water.

Everyone was okay, and Jungle Cruise started operating again within hours. When Emily Blunt jokes about the state of The Rock's boat, it's gonna be tough not to MST3K the dialogue, though. I mean, Jungle Cruise boats are in such bad shape that they actually sink!

The old man and the missing Christmas dinner

Have you ever sat in a restaurant and watched someone melt down? For whatever reason, this person is already dialed up and decides that all of their problems in life are the restaurant’s fault.

Well, the former Bongo’s Cuban Café at Disney Springs had several staff members who could relate. On Christmas in 2015, a 70-year-old man threw the mother of all temper tantrums.

This elderly gentleman didn't receive his holiday food order promptly. So, he proceeded to threaten the server, the rest of the wait staff, the manager on duty, and some guests at other tables. He even tried to sucker punch the manager, but age had dulled the man's reflexes too much for it to land.

This customer acted out so loudly and churlishly that some reports indicated that he had fired a gun. Folks, when you’re causing such a stir that your noises get confused with sprayed bullet sounds, you need a Snickers.

The angry man spent Christmas night facing a battery charge. Meanwhile, the restaurant’s guests for that particular Christmas dinner all felt better about their own lives. Who tries to slug a restaurant manager on Christmas? That’s like a rejected plot from a Hallmark movie.

This one doesn’t apply to any specific instance. Instead, it happens surprisingly often. You see, Disney has strict rules about what costumed cast members can and can’t do. One of the most stringent laws applies to the costume itself.

Under no circumstance can a cast member remove the outfit in front of guests. I’m not saying it’s never happened, but it’s a huuuuuge no-no for park officials, a termination-worthy offense. Alas, this rule comes with a cruel punishment for employees.

Occasionally, a cast member feels ill. After all, Florida and California both have hot weather, and the costume magnifies the temperature. When the heat impacts someone who is already feeling sick, they may get…nauseous.

Should a costumed cast member get sick in front of people, the only option is to throw up inside the outfit. Then, they're stuck until they can escape public sightings.

More than one employee has suggested that they had to throw up inside their costume. Then, they had to smile and wave as the yuck dripped within the suit. And you think your job is bad…