How Many of These 10 Transportation Systems Have You Used To Get Around Disney Resorts? 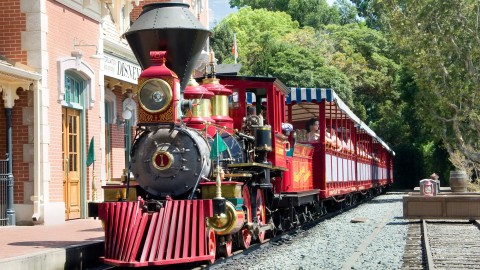 At his core, Walt Disney’s closest companions often cite him as an optimist, tirelessly dedicated to making life better through not just entertainment, but urban planning and design. And since the very beginning of his career, one of Walt’s biggest inspirations was the past, present, and future of moving people. Especially when Imagineers made the jump from their tiny Californian property to the "Vacation Kingdom of the World" in Orlando, how to move people became more than an art, but a necessity. And in some cases, that meant using mere "prototype rides" at Disneyland as actual, applied transportation systems at Walt Disney World!

To this day, though it may not always be the first component of a Disneyland or Disney World vacation you imagine, transportation is “where the rubber meets the road…” sometimes literally! In fact, Disney Parks are served by many different transportation options that balance the needs of guests with capacity and efficiency, sustainability, and of course, a touch of “magic.”

From memorable, iconic vehicles to tried-and-true systems, there are tons of innovative (and not-so-innovative) ways that Disney Parks and Resorts today move people around. Here, we’ve collected a countdown of the ten most iconic and beloved components of Disney Transportation. Which do you think will make our top 3?

Disney Transportation’s bus service is the only transportation solution that dutifully connects every single hotel and theme park in the sprawling Walt Disney World complex. The immensely complex system is built around five hubs (the four theme parks and Disney Springs) that are serviced by direct door-to-door service from on-site hotels and one another and, in peak times, Typhoon Lagoon and Blizzard Beach.

It should come as no surprise that buses land dead last on our list. Though Disney’s 460+ bus arsenal is impressive, this solution is far from utopian. Especially on a property named after the name who sought optimized solutions to urban planning and transportation, the gas-guzzling fleet of crowded buses trapped in traffic is far from a fitting testament, even if it’s the most cost-effective and utilitarian for Disney World’s unique needs. Even still, Disney World’s buses are iconic in their own way, and are simply a necessary part of any Disney World visit.

Another sort of necessary evil solution? Trams. Reportedly, Disney World alone has 28 parking trams, while Disneyland has a fleet of its own shuttling guests from the resort’s parking garages to the Esplanade. There’s nothing particularly “magical” about the service that exists solely to circulate guests between parking areas and park gates, yet the Tram itself has become somewhat of an icon of Disney Parks just like the buses: you can even buy toy versions!

Much more elegant is the collection of ferries, water taxis, launches, and other watercrafts that connect destinations within Walt Disney World, taking advantage of its sometimes-natural, sometimes-manmade river channels, lagoons, and lakes. A handful of Epcot Area Disney Resort hotels link between Epcot, Disney’s Hollywood Studios, and one another via a naval collection of 7 Friendship Boats (as well as two that operate inside Epcot’s World Showcase Lagoon); 6 launches travel between Bay Lake resorts; and 15 River Boats connect Disney Springs and its area hotels.

However, the resort’s most elegant (and iconic) water rides are the three Ferries that connect the Transportation and Ticket Center with Magic Kingdom’s front gates. The 10-minute ride across Bay Lake takes approximately the same amount of time as the Express Monorail that circumnavigates the lake, but it’s certainly a more romantic and relaxed way to arrive.

Speaking of romance, there’s something incredibly heartwarming about the Red Car Trolley, which joined Disney California Adventure during the park’s five-year rebuild. The graceful, crimson recreation of the real Pacific Electric Trolleys that once dinged through Los Angeles even includes (fake) overhead electric guide wires throughout the 1920s Buena Vista Street and down the neighboring streetscape of Hollywood Blvd. To that end, the ride is not only one of those “hidden gem” attractions fans love; it’s a useful transportation link between two of the park’s themed lands!

When it opened, the Red Car Trolley brilliantly bridged both lands with in-cab, in-universe ads for the lands’ eateries and shops, plus its final destination: the Hollywood Tower Hotel. Yes, in the park’s new story, the Trolleys final stop was on “the dark side of Hollywood,” beneath the flickering neon sign of the Lost Legend: The Twilight Zone Tower of Terror, cleverly connecting two of the park’s lands not just in one overarching narrative. Since the ride’s annexation by the Avengers Campus and the Guardians of the Galaxy, the Red Car Trolley’s last stop is a little nonsensical, but the gentle ride is still a very cool, can’t-miss aside in the reborn park.

The Main Street Vehicles have been a mainstay of Disneyland since 1955. Their continued operation is nothing short of a miracle given that the horse-drawn carriage, horseless buggy, firetruck, and double-decker Omnibus would be easy targets for a budget-cutting executive… Yet for more than sixty years, these ultra-classic vehicles have honked, clip-clopped, and shuddered their way down the turn-of-the-century town - a perfect encapsulation of the magic of Main Street.

Though Magic Kingdom’s Main Street Vehicles do make appearances, they’re more rare - typically sneaking into the land only in the afternoons or off-seasons. At one point, that was written up to the park’s larger crowds… but given that Disneyland’s Main Street is smaller and its annual attendance is neck-and-neck with Magic Kingdom’s, maybe it’s time for fans to formally visit Disney World’s City Hall, requesting the vehicles get the spotlight once more!

And now, we're on to the top five fan-favorite transportation systems at Disney Parks...