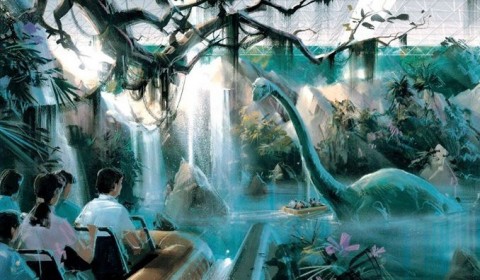 “Time… the ever-flowing river. Come with us now to a time before Man, when the river flowed through a newborn world and giants walked the Earth...”

As time flows on, more and more groundbreaking, ambitious, and beloved attractions join the celebrated closed classics in our LOST LEGENDS collection. In the name of progress and keeping theme parks stocked with box office blockbusters and high-earning intellectual properties, we’ve seen attractions like Mr. Toad’s Wild Ride, KONGFRONTATION, Back to the Future - The Ride, and even California's Twilight Zone Tower of Terror removed in favor of what’s hot, now. While fans may forever debate this cutthroat strategy of showcasing "flavor-of-the-week" intellectual properties, it appears here to stay...

And today, we add yet another cinematic classic to the growing list – JURASSIC PARK: The Ride. This spectacular, world-building water ride at Universal Studios Hollywood seemed like a golden age classic set to thrill guests for generations… and even though some elements of this Spielberg-original remain, it’s definitely a new World for a new generation...

Settle in and join us for the full cinematic story behind the original cruise through Jurassic Park, why it’s gone, and where Jurassic World may be heading next. "... Welcome to Jurassic Park." 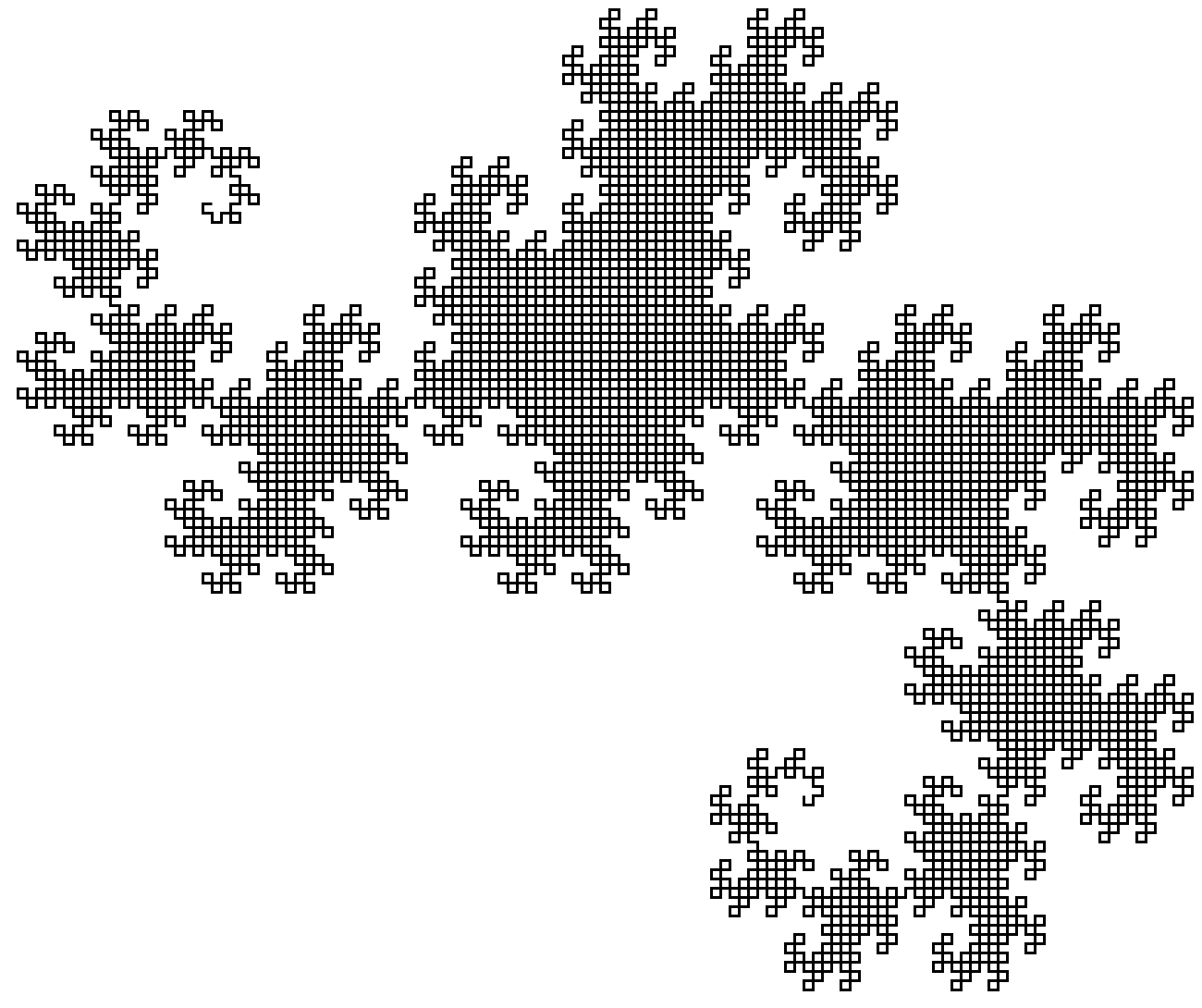 For centuries, it was believed that our world is governed by immutable laws described by testable theories. Think, gravity; electricity; chemistry; motion; life. Science is about predictability and order… until it isn’t. Chaos theory is a staggering contradiction: an attempt to predict the unpredictable – the flap of a butterfly’s wing cascading into a hurricane a continent away; a single driver tapping their brakes causing a traffic jam 10 minutes later and 5 miles down the road... In a complex system, even a small change can have unimaginable consequences.

It’s all about being in the right place at the right time. And therein lies the birth of Jurassic Park. Just as the end of the dinosaurs was brought about by the happenstance collision of a 20-mile-wide asteroid with the particularly catastrophic landing site near the Yucatán peninsula, their rebirth was made possible by the lucky collision of three pop culture figures.

First is Steven Spielberg. After being rejected from the University of Southern California’s film school (twice!), Spielberg ended up attending California State University Long Beach, where an unpaid internship in the 1960s took him to Universal Studios. There, he produced a short, 22-minute film (called Amblin’) that caught the eye of the studio’s vice president.

That’s our second key figure - Sidney Sheinberg. Sheinberg was impressed with Spielberg’s work, officially hiring him in 1968 to Universal’s payroll. Back then, Universal was a second-rate studio whose revenue mostly came from TV productions, so Spielberg recalls that he “was plucked out of Long Beach State and given a chance to sign a seven-year contract and direct TV… for $300 a week.” Transformatively, Spielberg still recalls his new mentor telling him, “a lot of people will stick with you in success; I’ll stick with you in failure.”

For better, for worse

...And he did! When Sheinberg became president of MCA (then-owners of Universal) in 1973, he brought Steven along, greenlighting Jaws... and famously standing behind Spielberg when the 1975 film went wildly over budget. (Ultimately, it was a smart decision since Jaws made $471 million against its $9 million budget, literally created the summer blockbuster, became one of Universal’s most iconic and celebrated films, and spawned its own theme park Lost Legend: JAWS).

It turns out, that loyalty mattered.

After the success of 1982’s E.T. The Extra-Terrestrial, Spielberg was the hottest filmmaker in Hollywood… and he was a free agent. Allegedly, Warner Bros. set out to lure Spielberg away from Universal with a hefty sign-on bonus. Sheinberg’s Universal couldn’t compete with Warner Bros. cash offer… but he could do something to sweeten Spielberg into staying with Universal Studios.

If he stayed with Universal and helped with the in-development Universal Studios Florida (featuring a handful of rides based on Spielberg’s films), Spielberg would earn 2% of park ticket revenue in perpetuity as a consulting fee; a permanent financial stake in Universal’s existing Hollywood attraction and upcoming Floridian park in exchange for his creative consulting and his continued commitment to Universal. Spielberg signed on.

(For reference, it’s believed that the 2% deal earns Spielberg about $50 million a year; a 2017 option allegedly would’ve allowed Universal to buy him out for a one-time payout equal to his earning through the deal up to that point... $535 million.)

With his relationship with Universal Studios solidified, Spielberg announced that he had a big idea for his next feature… Which brings us to that third essential figure whose collision here matters...

Michael Crichton’s literary works span genres, but often share one fundamental trait: they explore humanity’s relationship with science and technology. Like Jules Verne before him, Crichton’s novels might be best described as “encyclopedic novels,” given the thought-provoking (if dystopian) science they contain and the almost-prophetic science-fiction adventures his characters tend to encounter.

A fusion of The Twilight Zone, Black Mirror, and 20,000 Leagues Under the Sea, many of Crichton’s most influential stories have been translated to films and television shows over the years, like The Andromeda Strain (a techno-thriller exploring the spread of an alien microorganism), Congo (a “lost world” adventure novel into a jungle protected by ancient hybrid ape guardians), and Westworld (an original film thriller set in an Old West-stylized theme park populated by androids who develop sentience and turn on guests).

In keeping with his dystopian, scientific, technological tales, Crichton planned a new novel for publication in 1990: Jurassic Park. As the story goes, he’d tossed around the idea of a graduate student bringing a dinosaur to life for years, but the idea had never fully filled in… until he realized that the genetic engineering required to revive a dinosaur would be massively expensive (especially when “there is no pressing need to create a dinosaur”), and thus concluded that only a corporation could only ever undertake the costly process, and even then, only out of “the desire to entertain.”

Take a boutique zoo dedicated to once-extinct creatures; mix in Man’s Frankenstein-like hubris; add a dash of chaos theory, and voila. That’s where our collision strikes. Spielberg convinced Sheinberg that Universal needed to option Chricton’s book for a film adaptation before the novel was even published.

In 1993, Jurassic Park debuted. The groundbreaking film was massive in scale, defying expectations and using never-before-seen computer generated imagery and animatronics to bring dinosaurs to life. Jurassic Park wasn’t just a billion-dollar hit (before such things were commonplace) that secured Universal Studios’ finances and future; it was a pop culture phenomenon.

Today, Jurassic Park remains a landmark film (even having been preserved by the Library of Congress for being "culturally, historically, or aesthetically significant") that launched a multi-billion dollar franchise.

And just as Universal had optioned the story before its publication, before the film’s debut, development had already begun on Jurassic Park: The Ride… Read on as we go behind-the-scenes to explore the making of this prehistoric marvel.

5 Tips for Tackling Theme Parks in a Post-Pandemic Era