6 Florida Attractions Disney Fans Will Love-- And None Are Theme Parks! 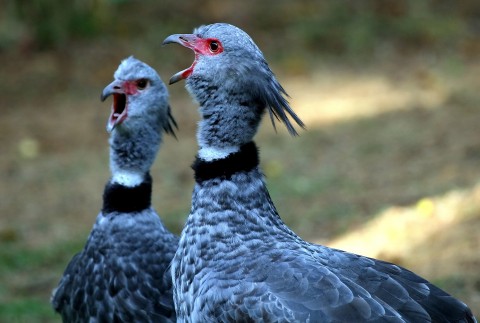 When people think of a Florida vacation, generally they think of two things—theme parks and beaches.

For many visitors to the Sunshine State, these two things are enough. Especially if you’re planning a visit to Walt Disney World, you can easily fill an entire week and never leave Disney property, after all.

What is a family to do though if you want to experience more?

We’ve talked about some of Orlando’s best attractions outside of “the Disney bubble” before, but we barely scratched the surface (you’ll see a few of our favorites from that list return here). In particular, what sort of central Florida attractions might a Disney fan enjoy if you’re looking for a Disney-magic style experience outside of the Most Magical Place on Earth?

We gathered six of the top central Florida attractions that aren’t theme parks (or beaches) that Disney fans will love, as well as a few runners up. How many of these have you been to?

1. Bok Tower Gardens (For fans of the World Showcase and Grand Floridian gardens)

Horticulture and gardens are an experience all their own at Walt Disney World, from the sprawling gardens of the Grand Floridian to the Epcot Flower and Garden Festival. World Showcase, in particular, holds several gardens that we consistently rate as our favorite places to relax inside the parks.

Located about an hour south of Walt Disney World, Bok Tower Gardens is a botanical park that somewhat defies description—it took us a very long time to decide to visit because we couldn’t grasp what exactly it was. The short version is that in the 1920’s, Pulitzer Prize winning author Edward W. Bok got the idea to set up a bird sanctuary atop one of the highest hills in Florida, and to make it “a spot of beauty second to none in the country”.

The resulting garden covered 250 acres with lush camellias, jasmine, sabal palms, and seemingly countless other sub-tropical plants—all surrounding a 205 foot “Singing Tower”. The tower is home to a pristinely preserved carillon bell chamber, playing studio, and music library. While tours of the tower are limited to specific donors and occasions, visitors to the gardens can enjoy concerts from the carillon throughout the day.

It is difficult to describe just how beautiful Bok Tower Gardens is. It truly feels like a place right out of a Disney story, right down to allusions to Aesop’s Fables throughout the property. There is a surprising amount of things to explore from the reflection pool, to nature trails, to an outdoor kitchen garden, and even a separate tour of the historic Pinewood Estate. Kids in particular will love the Children’s Garden, a massive play area full of fairy hollows, exploration zones, and even some hammocks for relaxing parents.

For an experience a little closer to Orlando (about 30 minutes from Walt Disney World), garden fans will definitely enjoy a visit to the Harry P. Leu Gardens, a 50-acre botanical garden. The Leu Gardens can also be an easier pick if you’re operating on a short timeline—two hours is generally adequate to see the entire grounds.

Disney’s Animal Kingdom is a perfect symphony of nature encounters, entrancing theming, and some of Disney’s best rides to date. Kilimanjaro Safari, in particular, completely took the concept of a safari ride in new directions.

What if your Kilimanjaro Safari experience involved no crowds and lasted for hours?

Look no further than Safari Wilderness, a 260-acre specialized wild animal park located 40 minutes from Walt Disney World (towards Tampa) where guests can take customized tours to get up close to free-roaming animals. Guests can choose from any number of guided experiences including a customized vehicle safari, ATV safaris, a camel expedition, kayak tours, and even feed the park’s resident lemurs. Tours start at $99 with specialized tours coming in around $200-230 (private tours are much more expensive). The reason for the price is that every experience at Safari Wilderness surrounds small groups rather than massive crowds you’d find at a zoo or theme park. Guests who have been cannot gush enough about the experience.

Runner Up: The Exotic Animal Experience

If you’re a serious animal lover looking for the most up-close experience possible, you may want to look into The Exotic Animal Experience in Orlando. This hands-on experience will give you the opportunity to meet and pet sloths, lemurs, kangaroos, wallabies, and more. Groups are kept small, so pricing starts at $150 a person with higher prices for private tours and extended animal encounters.

3. The Escape Game Orlando (for fans of Frontierland, Mission: SPACE, and all things immersive)

“Immersion” is a serious buzzword in theme park world these days. Extreme-immersion lands like The World of Pandora at Disney’s Animal Kingdom and Star Wars: Galaxy’s Edge at Disney’s Hollywood Studios have given guests the chance to step right into the center of their favorite adventures and become part of the story with hands on, high-stake attractions and experiences.

If immersion is your thing, you need to try an escape game on your next Orlando visit.

What is an escape game? The short version is that it is like stepping into a living video game scene—you and your party have one hour to complete a quest and escape a locked room (don’t worry—it’s not actually locked if you need to get out). We’ve gushed about escape games before but especially about one in particular: The Escape Game Orlando. While Orlando offers a whole line-up of amazing escape game options, we feel like Disney fans will appreciate The Escape Game’s family-friendly theming (no serial killer games here) and attention to detail.

Two of their games stand out for Disney fans—Mission to Mars (think Mission: SPACE and Tomorrowland) and Gold Rush (think Frontierland and Tom Sawyer Island vibes). We’ve done most of the games at The Escape Game, and Gold Rush has been our absolute favorite so far with a great setting, creative puzzles, and a seriously cool story. We escaped with like two seconds left, and we had an actual rocket scientist on our team… Other games available include Prison Break, The Heist, Playground, and Special Ops: Mysterious Market.

Lockbusters is another great Orlando escape game that continues to receive high marks from visitors. Pirates of the Caribbean fans may want to check out their Pirate Adventure escape room. Haunted Mansion fans may also enjoy the Cremlocke Manor game (it looks pretty scary—you’ve been warned!).