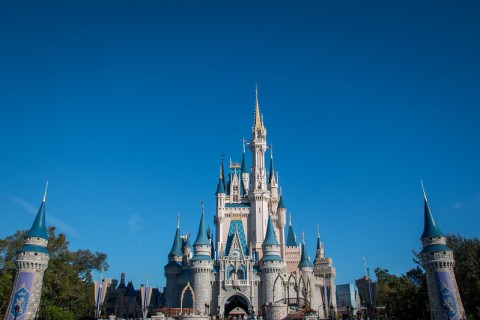 There are a select few out there who live close enough to Walt Disney World that they are able to visit the property whenever they need an escape from the real world – even if that’s every weekend. The rest of us, however, must pick our spots, often having to save up for months and even years to afford the time off and transit down to the Vacation Kingdom.

So, instead, we daydream. Aided by the souvenirs from trips of yore, and usually with music from the parks pulsing through our headphones, we close our eyes and imagine we’re down in Central Florida basking in the sunshine and the magic. And for a lot of us, we tend to daydream about the same types of things.

Here are just a few images that likely have graced, or will grace, your subconscious mind at some point in the near future, while your boss thinks you’re busy finalizing that report.

Mornings at the Resort

There is no more exciting and energetic time at Walt Disney World than the morning. The dew is still fresh on the perfectly manicured grass. The air is still cool and sharp, without the humidity and heat that will surely arrive by afternoon. The family is still getting along, hours away from the inevitable heat-and-walking-induced meltdown.

There’s just something about morning at Walt Disney World that evokes a kind of peacefulness. It’s weird to think of it that way, considering Walt Disney World is ultimately one of the most-visited tourism destinations on the planet. Nevertheless, you can find serenity if you know where to look – and the resorts just after sunrise is the best place to start your search.

For me personally, it’s a cup of coffee while sitting outside the main dining venues at Disney’s Caribbean Beach Resort or even Disney’s All-Star Resorts. For others, it’s simply that joyous walk from the room to the bus stop, eager to begin the day. For a perhaps small minority, it’s the bus ride over to the parks, the signal of a new day of fun. But I’ll bet that most of you have imagined morning at Walt Disney World when you’re stuck at work, months away from the next trip.

Riding the Monorail at Night

Those who abide by best practices for visiting Walt Disney World probably have their most vivid park memories centered around mornings and evenings. You see, it’s tempting to just show up to the parks and go hard until you’re all finished – but what this strategy neglects is that the afternoon can sometimes be the toughest time to explore a Disney theme park. It’s hot, the crowds are thick, and you’ll likely be low on energy yourself. The top tip is, of course, to head back to the room around 1 or 2 for a break, and then return to the park around 4 or 5, depending on how late it’s open.

The upshot, to me anyway, is that Disney at night is every bit as iconic as it is during the day – if not moreso.

And while, yes, the iconic nighttime images of Disney vividly stick out in my mind – like the illuminated Cinderella’s Castle, or Tomorrowland aglow – for whatever reason, my nighttime image of Disney always defaults to the Magic Kingdom monorail loop.

Sometimes, the image is from the end of a park day – exhausted and waving goodbye to the Magic Kingdom as we circle away. Other times, it’s arrival night, and I’m just exploring the resort loop going from restaurant to bar to restaurant to bar. But the image is crystal clear every time: The lit-up Main Street Railroad Station with the castle beyond it, guests streaming out after a day well-spent. The monorail itself is cool, crowded, but content, and the park fades away as the monorail accelerates behind or through an iconic hotel.

If this image doesn’t stick out to you, you’d better hurry up and do a monorail bar crawl soon!

It’s probably cheating to say that when you daydream, you picture yourself on a Disney ride. It’s also, frankly, too vague. For me, I usually tend to land somewhere on one of Disney’s iconic boat rides for some reason – perhaps because they are just so uniquely Disney, and perhaps because the full-sensory experience of lights, sound, visuals, and even scents trigger the imagination.

First of all, the moments after the plunge on Pirates of the Caribbean are as memorable a moment as any ride possesses, and it’s hard not to zone out and find yourself emerging from the darkness into a full-scale ship battle on the edge of town. Or, in another instance, the post-plunge merriment of the Zip-A-Dee Lady at Splash Mountain, with its triumphant music and colorful sights. Or even the surprisingly intense heat of the greenhouse section at Livin With the Land, with the sun bearing down and the inventive crops all around.

Disney’s boat rides are a kind of passive entertainment, inviting you to turn your brain off and let the show unfold all around you. They aren’t thrilling like a rollercoaster, or focused like an omnimover – they simply propel you slowly through an immersive space. As such, they tend to be the most relaxing attractions Disney offers, and the ones it's easiest to picture yourself in when you’re daydreaming.