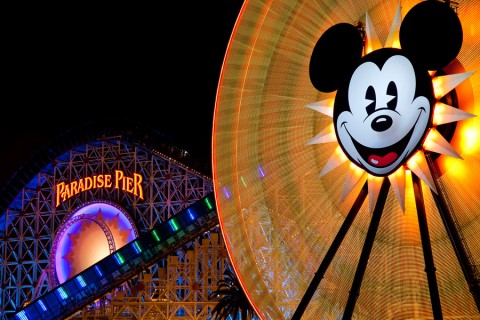 The Happiest Place on Earth isn’t just a marketing catchphrase. It’s the prevailing belief that many theme park tourists hold about Disneyland. Still, mishaps happen on occasion, some of which are quite memorable. Here are the worst Disneyland incidents of the 2010s.

When Aladdin and Jasmine soar through the sky during Aladdin, it’s a magical dose of cinematic escapism, one that Disneyland has attempted to recreate at the park.

Unfortunately, life didn’t quite imitate art back in 2011. During a performance of "Disney's Aladdin: A Musical Spectacular," the cast members playing Aladdin and Jasmine received quite the shock.

As the duo sang along to A Whole New World, their magic carpet FLIPPED! Thankfully, the Disney employees wore harnesses. So, they didn't get thrown to the ground by this odd turn of events. Instead, they dangled in mid-air helplessly for a time.

Their co-workers evacuated the building and eventually got them down from the clouds. Everyone was okay, and the people in the crowd have one of the most exciting park anecdotes ever.

Disney roller coasters employ a series of routine maintenance checks, almost all of which are automated. Whenever the system detects something on the tracks, the ride shuts down instantly. That way, no coaster can run over an object and get derailed.

The system works brilliantly, but it does lead to some odd outcomes. For example, back in 2011, a rider failed to secure their backpack on the roller coaster. It fell onto the tracks and triggered a shutdown notification. That wasn't great news for the passengers in other carts, as they found themselves stuck on one of the highest points of the track.

The fire department had to evacuate this coaster cart, which contained 23 people. Disney California Adventure (DCA) actually experienced three different shutdowns along these lines, the other two involving a purse and a selfie stick. However, only this one involved the fire department.

Also, I don't want to jinx anything here, but The Incredicoaster has suffered none of these significant shutdowns to date.