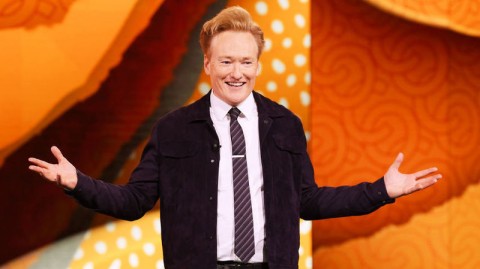 At Universal Studios Hollywood, the most iconic attraction is easy to name. The Studio Tour has transported voyeuristic theme park tourists through Universal’s backlots since 1964. Through the years, thousands of people have entertained guests with their quips and encyclopedic knowledge of Universal movies and TV shows. In fact, some famous folks have worked this gig. Here are eight celebrities who once worked as Universal Studios Tour Guides.

You may not know the name, but you’ve undoubtedly heard of this man’s work. Badham was born in Bedfordshire, England, to a British mother and Alabaman father. Imagine that accent!

As fate would have it, Badham’s father was a decorated war hero and honoree in the Alabama Aviation Hall of Fame. The Brigadier General used some of his connections to get his son some jobs in Hollywood. During Badham’s early days in television, he also worked as a Tour Guide.

The director would later leverage his sense of humor and storytelling abilities into the creation of several memorable movies. He directed Saturday Night Fever, Short Circuit, Stakeout, and WarGames, among others. That's a remarkably strong resume for an auteur.

For a brief period, Heroes stood as appointment television. The NBC superhero series ran for four seasons in its original format and then returned for another as a reboot. During those first two seasons, Heroes claimed more than 12 million viewers per episode on average.

From day one, the most famous character on the show was the aptly named Hiro. However, Batman had a Robin. James Kyson Lee portrayed Ando Masahashi, a man who joined Hiro on the latter gentleman's voyage of self-discovery. In later years, Ando developed his own superpowers, making him a more prominent character in the series.

Lee's casting always seemed odd, as Ando was Japanese. The actor, on the other hand, was Korean by way of the Bronx. After finishing college at Boston University, Lee purchased a one-way ticket to Hollywood, where he worked at Universal while making ends meet as a struggling actor.

I’m not saying it’s a coincidence because it’s probably not. Two of the people on this list started as Universal Tour Guides. Later, they became recognizable talk show hosts, and that makes a lot of sense.

After all, hosting the backlot tour at Universal is similar to a talk show gig. You start with a few jokes, some of which are funny but most of which aren’t. Then, you move along from segment to segment, providing a calming voice in the face of a Jaws attack or, even worse, a clip from a terrible-looking movie that you pretend to enjoy.

I totally get how Conan O'Brien's training at Universal led to his career as, well, Conan O'Brien. He honed his craft by introducing himself to strangers, talking to them for half an hour, and then sending them on their way. Hey, isn't Conan down to half an hour now? I sense a pattern.